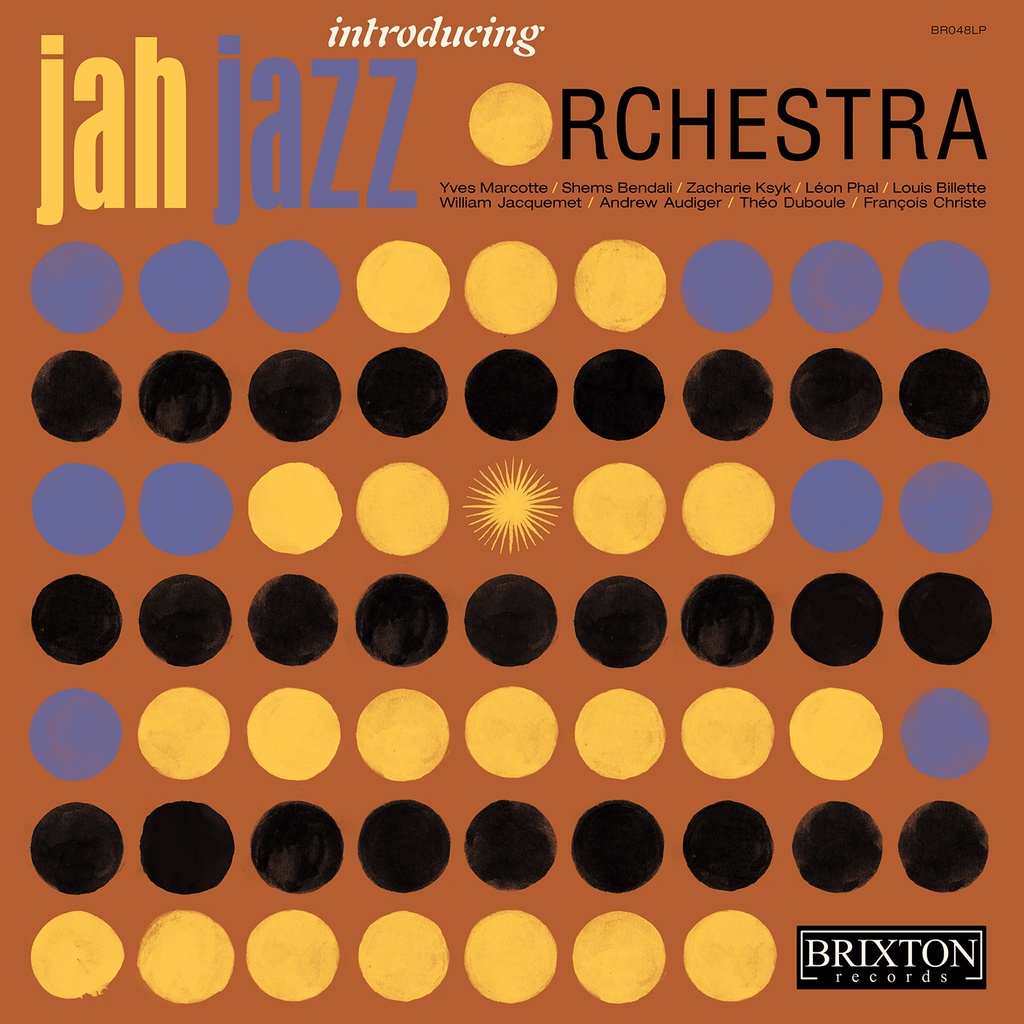 A3. Just Ska with Me

A5. Fools Rush In

B5. The Mystery Song

Jah Jazz Orchestra is a cross-border band consisting of nine jazz musicians with a passion for roots, ska, rocksteady... and the self-imposed mission of spreading good vibes using improvisation and brilliant jazz technique as weapons.

This ensemble of jazzmen active on the Swiss, French and European scene goes back to the roots of Ska – initially, and in extreme summary, is a Jamaican take on American jazz and rhythm’n’blues - to deliver its own blend of groove, improvisation and big-band arrangements.

“Introducing Jah Jazz Orchestra” is the debut album by this new band.

This debut album revisits compositions from jazz legends such as Duke Ellington, Charles Mingus, Dizzy Gillespie and Joe Henderson as well as two classics from The Skatalites repertoire (Ska La Parisienne and King Solomon). The original arrangements set these tunes in grooves ranging from classic ska to reggae, strolling through rocksteady, with the ever presence of Jamaican jazz and the influence of artists such as The Skatalites, Ernest Ranglin, Jazz Jamaica…

Beyond this diversity, the unity of “Introducing Jah Jazz Orchestra” is hinted at by its title: it introduces the listener to a new band with a distinctive sound. A powerful horn section that can build a massive wall of sound as well as intricate lines and fiery solos. A rock-solid rhythm section that knows how and when to react in an interactive way.

The twelve tunes presented in this album, recorded during an intense two-day’s session, reflect the group’s spontaneity. The resulting music is fresh, full of surprises, and reflect the facets of both jazz and Jamaican music: light and dark, deep and upbeat, simple and refined – always rooted in the tradition.