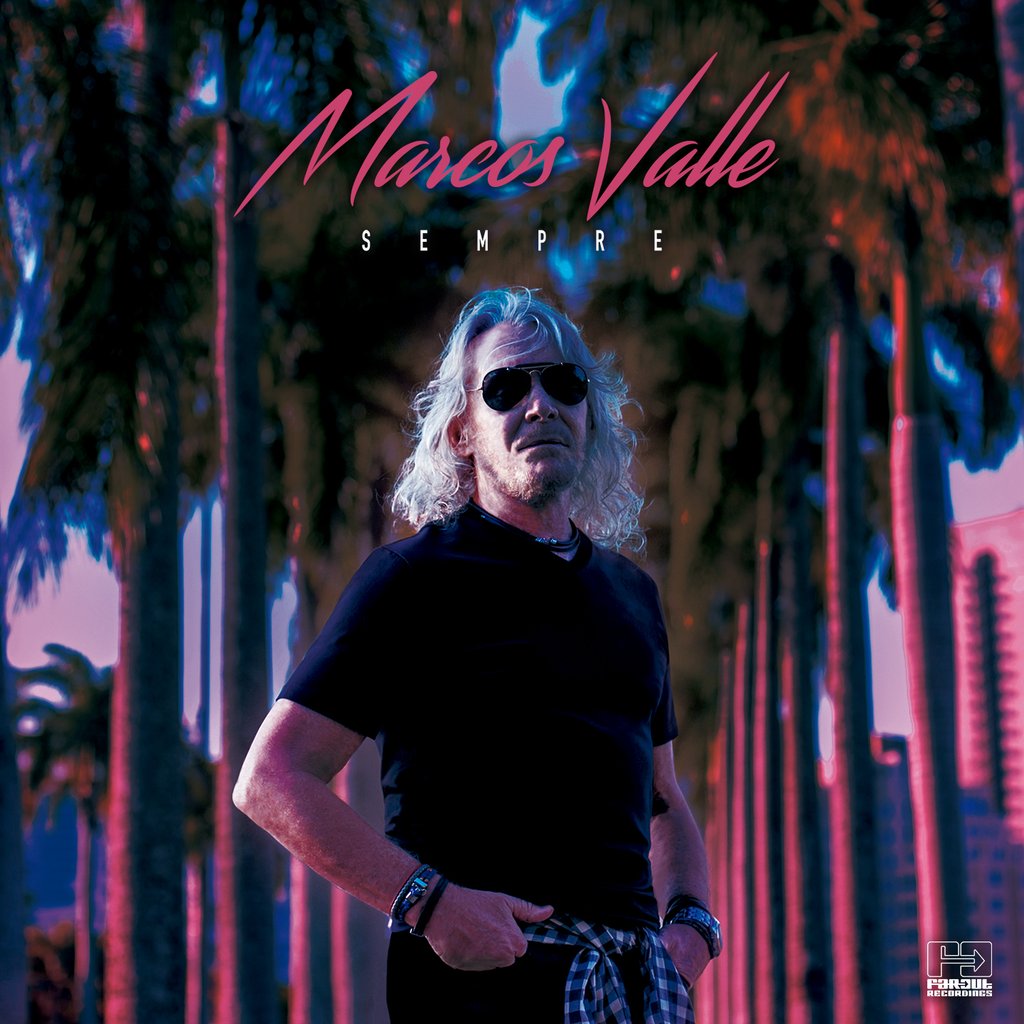 Updating Marcos Valle’s seminal boogie-era sound, Sempre spans ecstatic disco, cosmic samba, and late-night jazz-funk, drawing obvious comparisons to some of Valle’s late-seventies and early-eighties output. ‘Estrelar’ (1983), for example, an ode to the joy of exercise, has become one of the biggest Brazilian disco hits of all time. But lyrically the new album is more closely reminiscent of Valle’s progressive early seventies’ releases. Heralding love, tolerance and living in the present, while satirising political corruption, the new release recalls a time in which Valle, together with his brother Paulo Sergio, was writing subtly subversive lyrics in order to bypass the censorship imposed by the military dictatorship, which ruled over Brazil between 1964 and 1985.

The album marries compositional genius with pure pop perfection. From the blistering brass arrangements on up-tempo disco hit ‘Olha Quem ta Chegando’ and the infinitely classy ‘Vou Amanhã Saber’, to the nine-minute synth-heavy instrumental funk stepper ‘Odisséia’, which gradually morphs into an interplanetary samba jam, the songs are tightened and given an extra coat of gloss, by London based producer Daniel Maunick (son of Incognito frontman Bluey). More moments of boogie delight come in the form of ‘Minha Roma’ (a musical nod to the famed ‘Estrelar’), and the sunshine anthem title-track ‘Sempre’.

Translating as ‘Ever’, Sempre is a testament to the continual drive for development and reinvention that has defined Marcos Valle’s astounding six-decade career. Ever changing, ever moving forward, he began as one of the second-wave of early bossa nova composers in the sixties, writing the world famous bossa standard ‘Summer Samba (So Nice)’ for his sophomore album ‘Samba 68’. After a brief stint in the States, Valle returned to Brazil, and the early ’70s saw the release of four ground-breaking Valle albums which incorporated progressive rock, psychedelic influences, pop, jazz, soul and cinematic arrangements. These albums would see Valle work alongside a number of hugely influential Brazilian bands, including Milton Nascimento’s backing band Som Imaginaro, the prog-rock band O Terco and jazz funk legends Azymuth. Returning back to the US in ‘75, Valle resided in LA, writing music for the likes of Eumir Deodato, Airto Moreira, Chicago, Sarah Vaughn and Leon Ware, before returning to Brazil once more, where after releasing a handful of hit pop records, he took a hiatus from recording.

Since the mid-nineties, Marcos Valle has been experiencing a renaissance with Far Out, where his approach to music has remained, as always; decidedly open to new influences, possibilities and technologies. Sempre is Marcos Valle’s fifth album for the label, following 2010’s critically acclaimed Estatica.