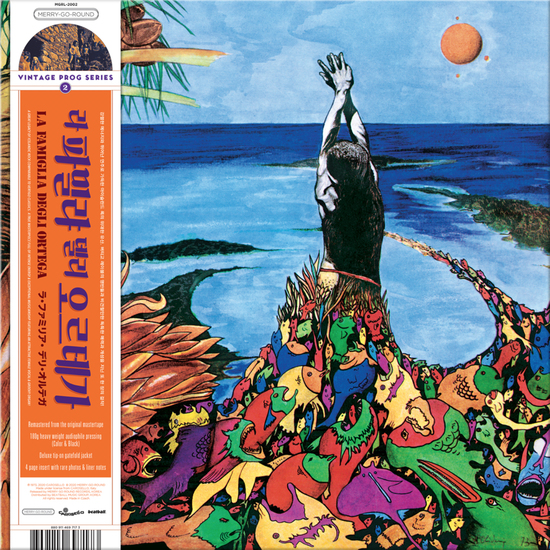 Remastered from the original master tape

The hidden masterpiece of Italian progressive rock is re-released as an LP after 47 years. Consisting of a hybrid of various types of music, including British folklore, US West Coast sounds, primitive rhythms, Baroque classical music and traditional Italian music, this album presents a new musical style different from typical Italian symphonic rock or hard rock. Another aspect of the Italian Prog can be discovered with this album, which is impressive with the mystical sound and chorus that seem to embody the Mediterranean fantasy.