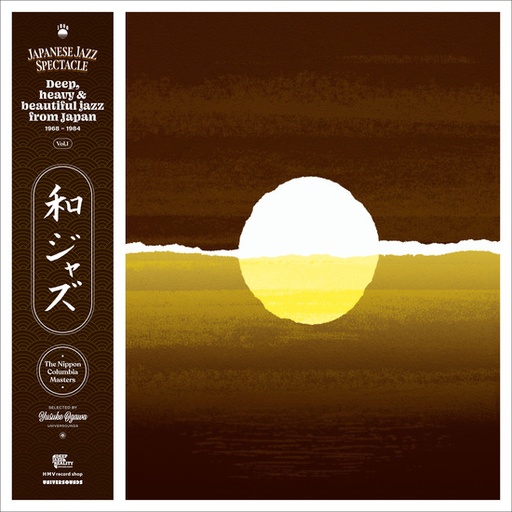 Jiro Inagaki & Soul Media - Do It

“Japanese jazz has been recognized and celebrated by music lovers worldwide for decades. The origins of this trend may be traced back to the rare groove movement that flourished in the 1990s, but its current deep and wide popularity seems to be connected to the fact that Japanese people have been reevaluating their own jazz since the mid-2000s, locally referred to as WaJazz (“Wa” meaning Japan but also the Shōwa emperor period, from 1926 to 1989). Since the beginning of the 2000s, there has been a growing trend to move away from the DJ-focused perspective and to appreciate jazz with a deeper understanding. Nowadays, there is more and more interest in the background and roots in which jazz has developed in Japan, with Japanese jazz as a whole now considered as its own distinctive genre.

Of course, even if we speak about “WaJazz” as one genre, there is a truly wide variety of styles within it. However, when Japanese musicians play, there is something uniquely Japanese flowing through that creates a kind of synergy. It may be the melody, the rhythm, or even something deeper, like an inexpressible flicker. I would be happy if some of its charms and secrets emerge from the fourteen tracks included in this collection.” (Yusuke Ogawa)

Yusuke Ogawa has been running the Universounds store in Tokyo since 2001, specializing in jazz and second-hand, rare, and collector records. He is also a reissue supervisor, label manager, DJ, and music writer. Known for his vast musical knowledge, eye for detail, and archival skills, Ogawa has worked on more than 250 reissues and compilations – including the highly praised Deep Jazz Reality and Project Re: Vinyl series. He is the co-author of the Wa-Jazz Disc Guide and the Independent Black Jazz of America books.