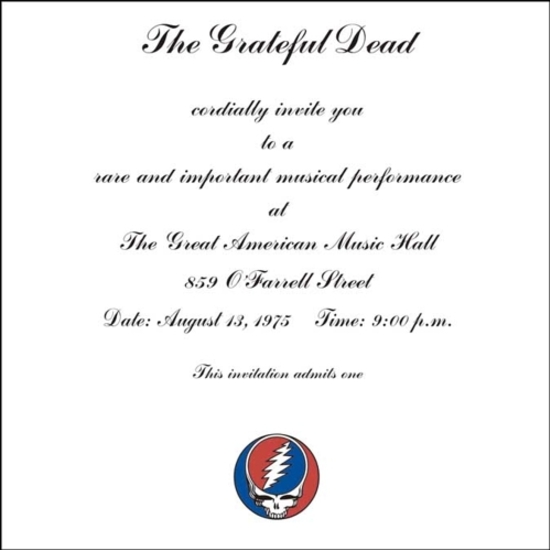 Grateful Dead, One From The Vault

Back in print on vinyl after 22 years

For a legacy filled with legendary performances, the Grateful Dead Live at the Great American Music Hall in San Francisco on August 13th 1975 stands out. The band only played 4 shows during that entire year! (Remarkable for a band that toured non-stop for decades) and at their August 13th show, they rolled multi-track tape (which allowed for the band decades later to properly mix the show).

Because the Great American Music Hall holds less than 1,000 people (another unique thing about this show), it was an invitation only performance in which the band debuted their recent studio album Blues For Allah in a live setting.

Rolling Stone magazine has described One From The Vault as:

“The closest the Dead came in the Seventies to the band’s trippy, late-Sixties peak, and the performance indulged the group’s jazzy, free-form impulses even further. “Help on the Way,” “Franklin’s Tower” and “The Music Never Stopped” cohere into a twenty-minute song cycle. “King Solomon’s Marbles,” a tumbling, polyrhythmic instrumental by bassist Phil Lesh, crackles with energy. Inventive percussion duets by Mickey Hart and Bill Kreutzmann are appended to “Eyes of the World,” as well as to the pretty, elliptical “Crazy Fingers.” The crowning touch is “Blues for Allah,” which runs 21 minutes and explores inner space with a meditative intensity barely hinted at on the studio version.”