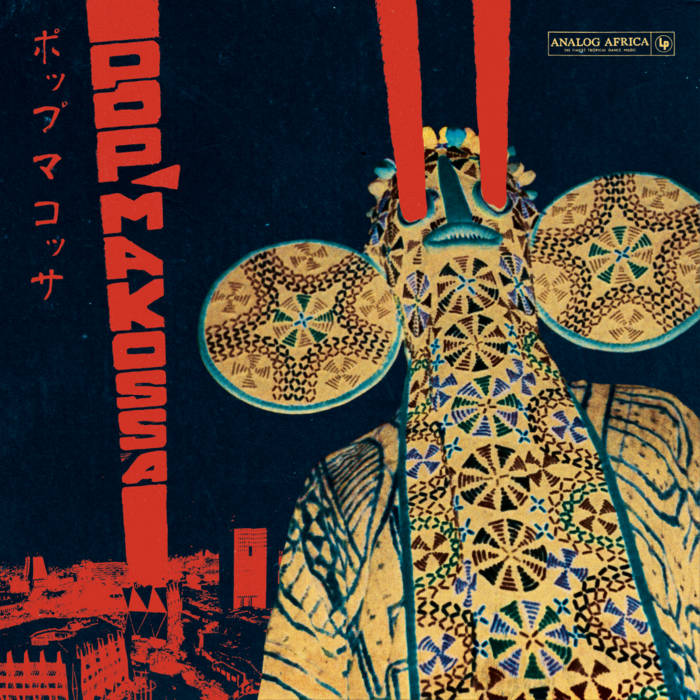 The Pop Makossa adventure started in 2009, when Analog Africa founder Samy Ben Redjeb first travelled to Cameroon to make an initial assessment of the country’s musical situation. He returned with enough tracks for an explosive compilation highlighting the period when funk and disco sounds began to infiltrate the Makossa style popular throughout Cameroon.

So why has it taken almost eight years from that first visit to the final compilation? From the very beginning, there were several mysteries hanging over Pop Makossa.

What had happened to Bill Loko, the teenage super-star whose monster hit ‘Nen Lambo’ caused such a sensation that he was forced to flee to the other side of the world? How did bandleader Eko Roosevelt go from Cameroonian prodigy to chief of an idyllic seaside village? And who exactly was Mystic Djim, the dreadlocked producer and mercurial hit-maker whose wizardry on a simple home four-track recorder could outshine even the mighty studios of Cameroon’s National Radio station?

It was not until DJ and music producer Déni Shain was dispatched to Cameroon to finalise the project, license the songs, scan photographs, and interview the artists that some of the biggest question marks began to disappear. His journey from the port city of Douala to the capital of Yaoundé brought him in contact with the lives and stories of many of the musicians who had shaped the sound of Cameroon’s dance music in its most fertile decade. _

Indeed, all the tracks on Pop Makossa are a revelation. The beat that holds everything together has its origins in the rhythms of the Sawa people; Ambassey, Bolobo, Assiko and Essewé, a traditional funeral dance. But it wasn’t until these rhythms arrived in the cities of Cameroon and collided with Merengue, High-Life, Congolese Rumba, and, later, Funk and Disco, that modern Makossa was born.

Makossa, the beat that long before football, managed to unify the whole of Cameroon, was successful in part because it was so adaptable. Some of the greatest Makossa hits incorporated the electrifying guitars and tight grooves of funk, while others were laced with cosmic flourishes made possible by the advent of the synthesizer. However much came down to the bass; and from the rubbery hustle underpinning Mystic Djim’s ‘Yaoundé Girls’ to the luminous liquid disco lines which propel Pasteur Lappé’s ‘Sekele Movement’, Pop Makossa demonstrates why Cameroonian bass players are some of the most revered in the world.

Yet at the end of it all, there was still one final mystery facing the production team at Analog Africa: how was this compilation of amazing sounds from Cameroon going to begin?

After many month and hundreds of different running orders, something still didn’t seem to click... until one day they came across a mighty song entitled ‘Pop Makossa Invasion,’ recorded for Radio Buea, a tune so obscure that even in Cameroon it had never been released. Suddenly the whole compilation fell into place. ‘Pop Makossa Invasion’ makes its debut here and joins the pantheon of extraordinary songs that plugged Cameroon’s Makossa style into the modern world.