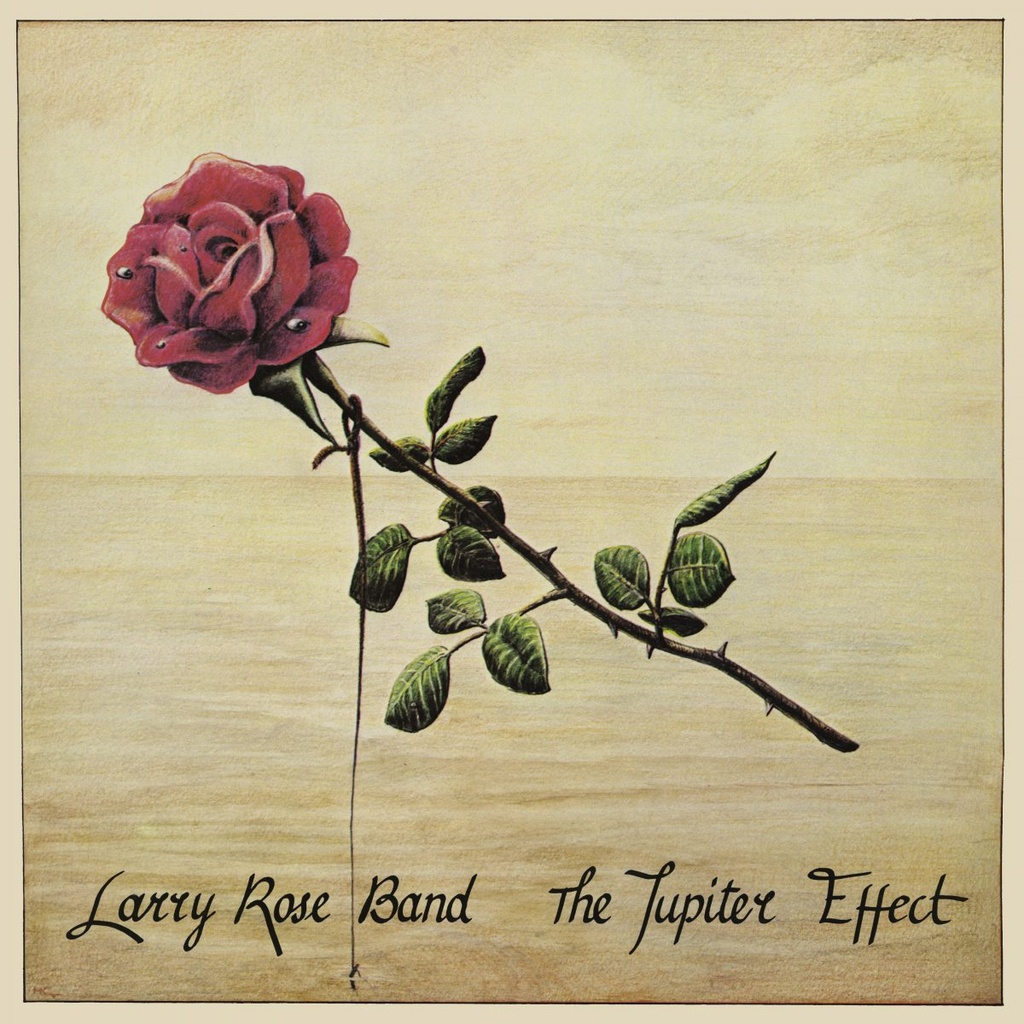 1. Who Conned The Lady

Recorded in Amsterdam by a Dutch/American quintet of players, released on eclectic Dutch label Crossroad, ‘The Jupiter Effect’ was the sole offering from multi-instrumentalist Larry Rose and his band.

Having performed in various groups, most notably The Liquid Blues Band, which featured Lex Silva on bass and Clay Cotton on B3 (these two would go on to play with John Lee Hooker and Charlie Musslewhite respectively), a young Larry Rose dropped out of college and bought a one-way ticket to Europe, where he’s spend the next few years in Amsterdam as a musical adventurer, trading guitar lessons for rent and living out his dreams.

In late 1975, Larry met fellow American songwriter Stanley Davis and formed The Larry Rose Band. In their first iteration, the group played rock’n’roll covers across Holland and Germany, until Larry and Stanley splintered off in 1977 to create their own jazz-tinged material with new members Toon Janssen (drums / percussion) and Theo van Halen (saxophones). When Larry’s old friend, American vocalist Paul Pinto visited Amsterdam in ’78, the band invited him to join them in the studio to record their first (and what would be their only) album, The Jupiter Effect.

On this special album, The Larry Rose Band’s myriad influences and inspirations are on display, from blues through rock to jazz and beyond, all played by a dazzlingly talented group of young players, road-hardened and at the height of their powers.