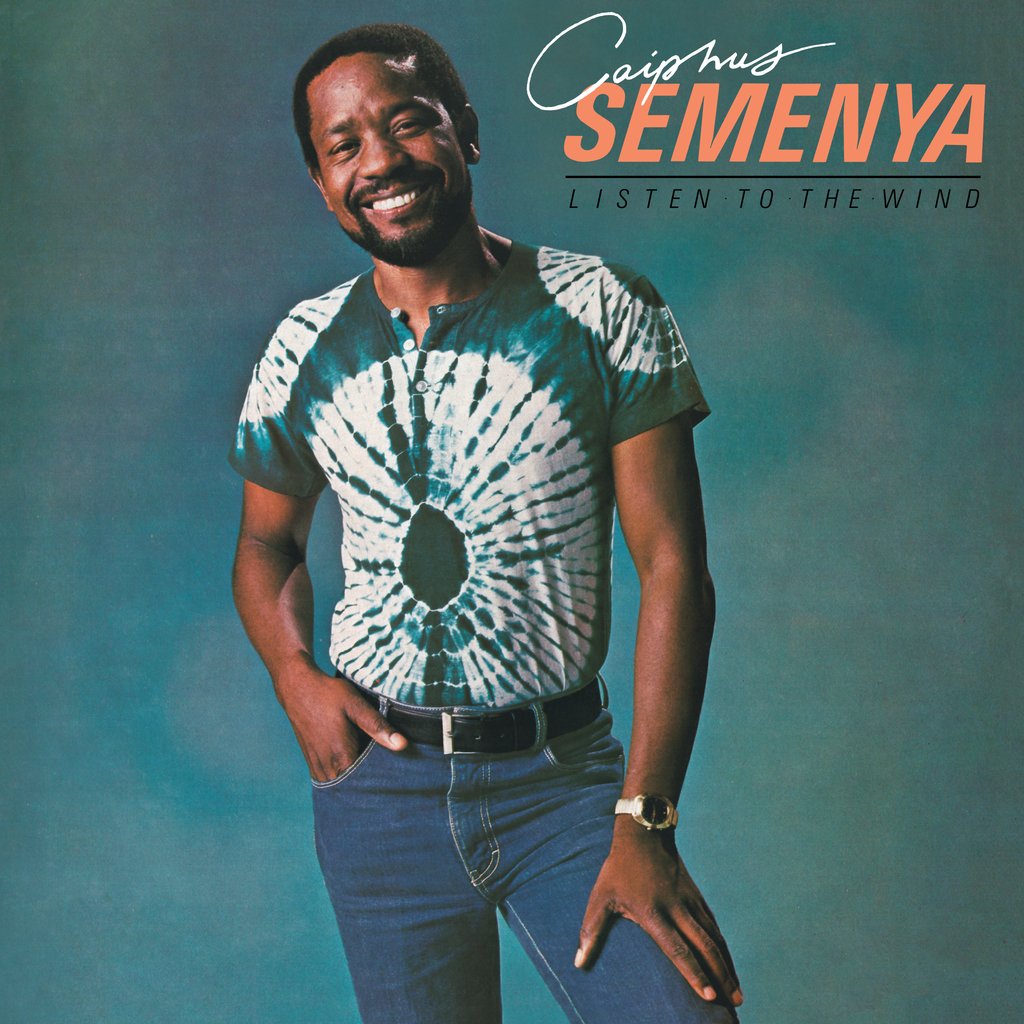 Caiphus Semenya, Listen To The Wind

Caiphus Semenya, AKA Mr Letta Mbulu, is a South African legend, and Listen To The Wind, his iconic debut album, is simply a superb modern-soul/boogie album. It’s also incredibly rare, especially in good condition, so Be With is delighted to present this reissue.

Now a revered composer, musician, and arranger, Caiphus left apartheid South Africa in the 60s for self-imposed exile in Southern California together with his wife, Letta Mbulu. Settling in Los Angeles he started working with the likes of Hugh Masekela and Miriam Makeba and other exiled and semi-exiled South african artists, as well as, of course, his wife Letta.

Caiphus also found himself working with and composing for a broad range of jazz and pop artists, including Lou Rawls, Nina Simone and Cannonball Adderley. His facility with both jazz and African forms served him well. His LA stay was also the beginning of an ongoing collaboration with Quincy Jones, the fruits of which can be tasted in Caiphus’s African compositions for the scores to Roots and Spielberg’s adaptation of The Color Purple.

Given his decades of work behind the scenes, it’s no surprise that it took until 1982 for Caiphus to get around to putting out the first album of his own. But all that experience shows. Listen To The Wind is a deeply impressive synthesis of early 80s US production and instrumentation together with his traditional South African musical roots.

It’s stylistically diverse but the ingredients are never diluted. There are elements of boogie, soul, funk and jazz, all shot through with pan-African flavour, and moving effortlessly from uptempo floor fillers to more meditative, slower soulful tracks. Produced by Caiphus himself, he makes full use of a stellar line up of session musicians including Nathan East, Michael Stanton, Sonny Burke and Paulinho DaCosta. And of course, there are Letta’s show-stopping vocals. To our ears, Listen To The Wind is just one big party, and lord knows we need that more than ever right now.

Opener “Angelina” is one of Caiphus’s most beloved tracks at Be With HQ. It’s a breezy, feel-good SA boogie-funk classic. Harmonic and horn heavy, it sounds as fresh today as it would’ve done in the early 80s. If this one doesn’t make you move, you may need your pulse taking. The drum breakdown alone, a little over halfway through, is sensational.

It’s followed by the gentle reggae lilt of “Play With Fire”. A real melodic slo-mo delight, carried by the tropical vibes and, above all else, by the extraordinary performance of Caiphus himself and his backing singers.

Closing out side one, the spectacular “Umoya” is driven by triumphant horns and slick bass. With its proto-Graceland vibes, we reckon Paul Simon must’ve been listening. Hard. Caiphus trades verses with the unmistakable tones of Letta, and it sounds divine. Yes, it’s as good as anything on Letta’s canonical In The Music… The Village Never Ends. A wide-eyed wonder, made for unity and togetherness, it’s all infectious, smiling faces for nearly nine minutes. But never mind nine, we could party to this for ninety minutes and “Umoya” would leave us re-energised for ninety more.

Elegantly firing up side two is perhaps the album’s best known track. “Without You” is a heavenly slice of modern soul, an end-of-nighter to end them all. Smooth strutting, disco-fied funk with that unmistakably South African sound, it’s just sublime, with those lyrics that keep coming back to smiling faces and community, “without You the sun won’t shine”. Big with the likes of Rush Hour’s Antal, this is aural perfection.

“Ziph’inkomo” is a soul-soothing, swooning epic. Gently building throughout, its final few minutes are genuinely stirring as the backing vocals and instrumentation swell. Jaw-dropping. The irresistible groove of frantic, percussive workout “Gumba Boogie” closes out what must surely be one of the greatest artistic statements of the 1980s. If his friend Quincy wasn’t feverishly taking notes for Thriller, then you could’ve fooled us.

With Simon Francis handling the mastering of this Be With edition, you know it sounds as fantastic as ever. The cover art, as breezy as the music, has been faithfully restored. All that’s missing is you.