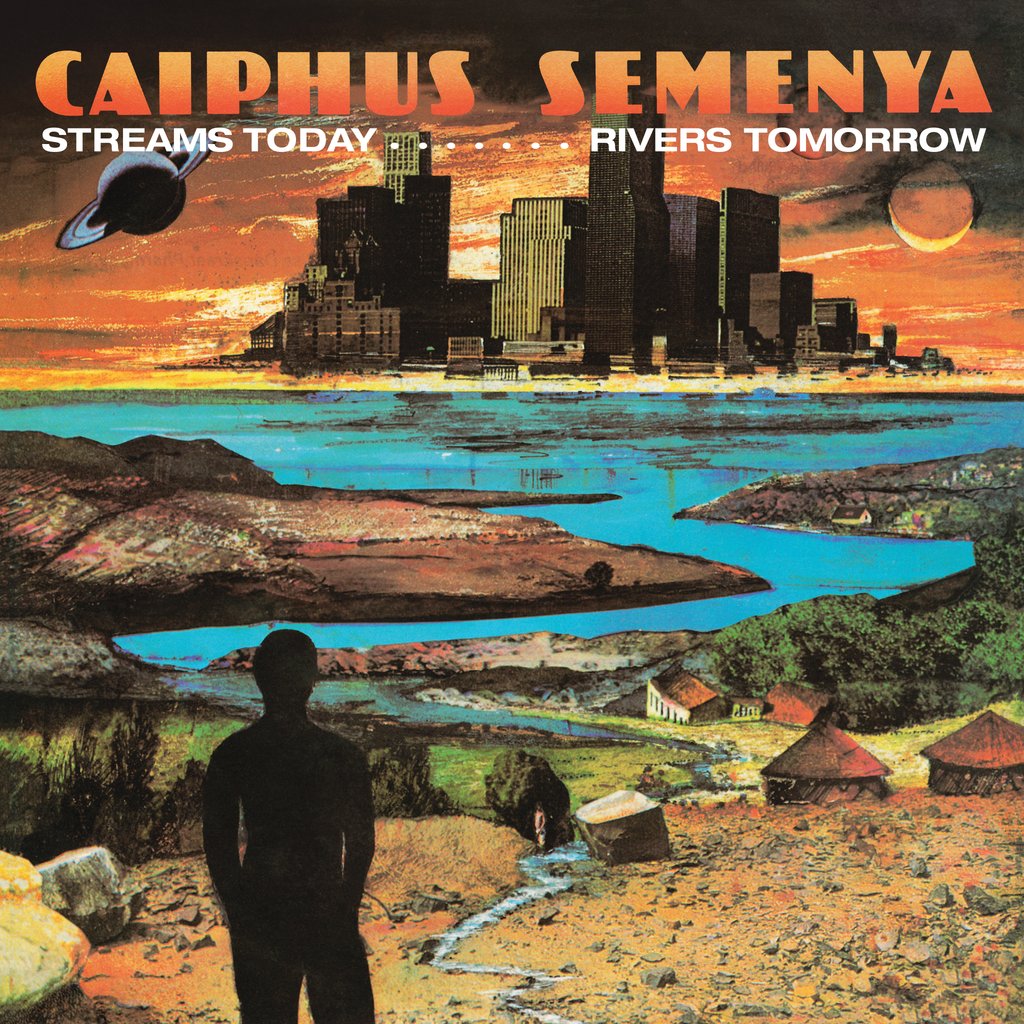 Caiphus Semenya, AKA Mr Letta Mbulu, is a South African legend and Streams Today… Rivers Tomorrow, his second solo LP, is perfect. A ten out-of ten album if ever we heard one. It’s also incredibly rare, especially in good condition, so Be With is delighted to present this reissue.

Now a revered composer, musician, and arranger, Caiphus left apartheid South Africa in the 60s for self-imposed exile in Southern California together with his wife, Letta Mbulu. Settling in Los Angeles he started working with the likes of Hugh Masekela and Miriam Makeba and other exiled and semi-exiled South african artists, as well as, of course, his wife Letta.

Caiphus also found himself working with and composing for a broad range of jazz and pop artists, including Lou Rawls, Nina Simone and Cannonball Adderley. His facility with both jazz and African forms served him well. His LA stay was also the beginning of an ongoing collaboration with Quincy Jones, the fruits of which can be tasted in Caiphus’s African compositions for the scores to Roots and Spielberg’s adaptation of The Color Purple.

Originally released in 1984, Streams Today… Rivers Tomorrow is not just a musical masterpiece, it is also the soundtrack to the life of many South Africans - both then and now. Fusing the US-heavy sounds of boogie, disco and funk with Afrobeat and traditional African elements, it’s truly a spectacular listen. Jabu Nkosi handles keyboards on the album, with synths by Caiphus and Craig Harris. Sipho Gumede is on bass and Condry Ziqubu is on guitars.

The Afro-Cuban grooves of “Mamase” open the record. Continuing where Listen To The Wind left off, this is another horn-heavy call-and-response ode to a positive life. Life as an invitation to party, to take part, to “get involved”. But only if you’re willing to let in the transcendent power of music. “There’s gonna be a Mardi Gras, there’s gonna be a carnival; there’s gonna be a jamboree, there’s gonna be a bacchanal”. Who can resist that? Vibrations everywhere.

It’s followed by the joy of “Aida”. Gleeful, dayglow keys and synths *just* on the right side of mid-80s sleaze are accompanied by a killer bassline, slick, skipping drums and proud horns. Infectious funk.

The tempo is taken down a few notches for the powerful “Nomalanga” and the lamentations of a heartbroken man who must leave his wife Nomalanga and their children to join the fight against apartheid. It’s an emotional song, no question, but it doesn’t bring you down. The uplifting music and optimistic vocal delivery from Caiphus and his backing singers in the second half offer hope.

Breezy drums and contemplative keys act as a backdrop for the stunning backing vocal harmonies in the intro of “Moshanyana”. This gives way to stuttering beats, a bassline to die for and Caiphus giving it his all, over guitars, marimba and synth strings. Another slo-mo winner.

Side two opens with “Dial Your Number”, an uptempo English-language boogie-funk workout, complete with mid-song cutaway to a random telephone call. Whether or not this propels the song into “key track” status, we’ll let you decide.

What’s not up for debate is the brilliance of “Matswale”. This was a hit in South Africa in the mid-80s and you can still hear why. It might just be our favourite Caiphus hit. Wow. This is some damn fine breezy, beautiful, emotional pop. The restrained playing, the guitar licks and the gentle keys are out of this world. The beats? Thundering, direct and slick. The singing? It’ll give you goosebumps. As for the sentiment? This is Caiphus singing to his in-laws about their daughter’s adultery, begging them to intervene and help him save his marriage. Not your typical pop single story-telling!

The ferocious “Ndi-Kulindile” closes the set with a nod to the coming sound of the States. The hard-edged, electro-influenced drum patterns and bouncing, elastic bassline are something of a departure from the album’s predominant sound, yet one wonderful constant, Caiphus’s exceptional delivery and his sparring with his backing vocalists, is satisfyingly present and warmly deployed.

With Simon Francis handling the mastering of this Be With edition, you know it sounds as fantastic as ever. The stunning sleeve has been restored, with its painting of a dream-like cosmic vista, as a lone figure takes in a scene that’s part distant planet, part urban sprawl. One listen and you’ll be transported.