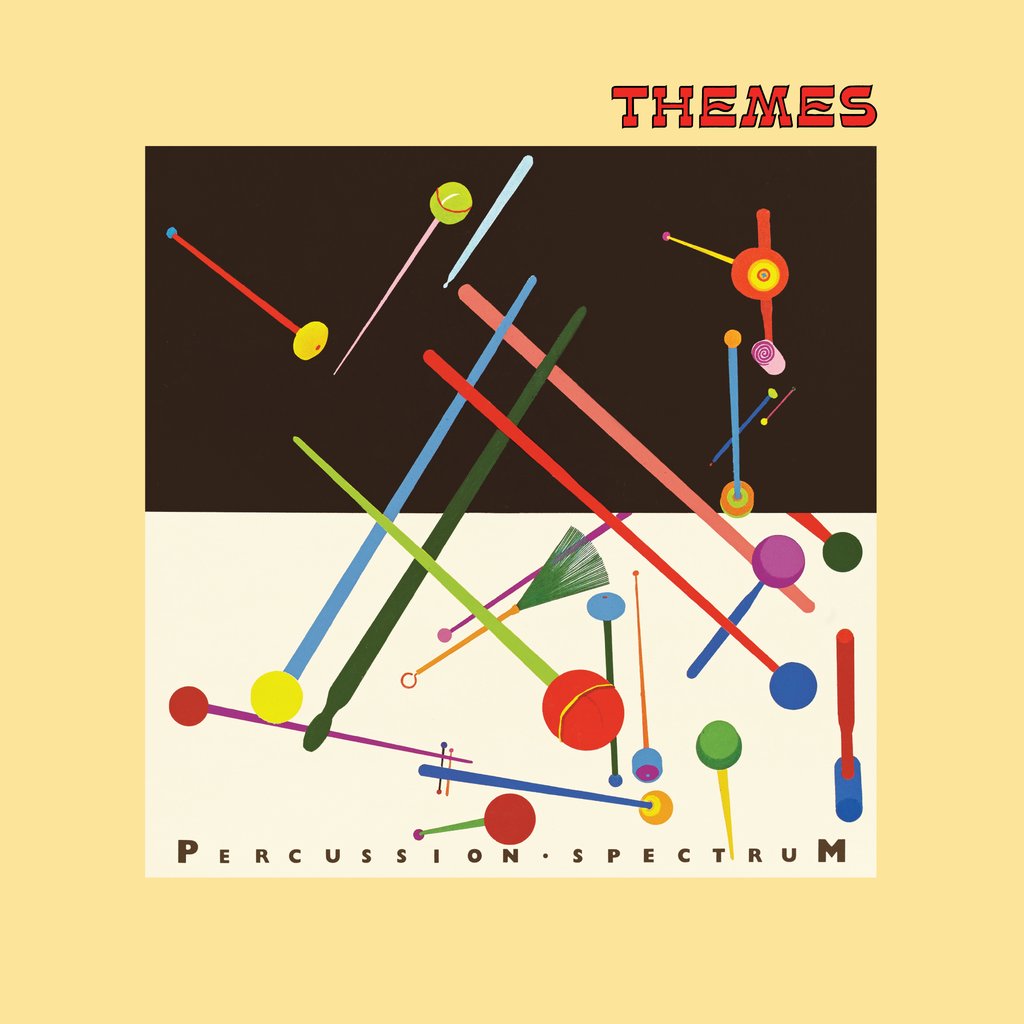 They Say: “Exploring the wide range of moods and sounds produced by percussion”.

We say: MPCs at the ready because this does exactly what it says on the tin, to devastating effect. Oh, and the sleeve is stunning.

Originally released in 1979, Percussion Spectrum was produced by the legendary percussionists Barry Morgan and Ray Cooper. With dope beats taking in diverse styles, from funk and soul and jazz through to Latin, Brazilian, samba and Afro-Cuban, this is an amazing sample source filled with killer drum-breaks and percussion flares. Unsurprisingly it’s one of the most sought-after records from the Themes catalogue.

This library LP is a library in itself, with its mix of short themes of single beats, short breaks and some longer, more fully-formed DJ-friendly tracks. Trust us when we say that this is a box full of percussion firework ready to be thrown onto the dancefloor at the just right moment. We don’t have anywhere near enough space to describe all 34 tracks (there isn’t even enough room on the labels to list them all!) so we’ll pick out some favourites.

Favourites like opener “Impulsion”, a percussive masterclass with drum upon drum upon drum making it feel like a neat prototype to the percussive underscores of Peter Lüdemann and Pit Troja’s eternal The Now Generation LP. And the dramatic “Fast Action” is exactly that, racing along on a rapid roll of congas, cymbal crashes and throbbing kicks. “The Chaser” is classic library cop-funk with dilapidated drum figures, and the outrageously funky “Heat On” is the perfect accompaniment to your wild action sequences.

A real highlight is “Runaway”, and not just because it sounds like nothing else on the record. Here are drums and percussion in that tight funk style that just cries out to be sampled. “Percussion Power” is an extended, near-three minute suite of funky drum solo after funky drum solo that just aches to be looped: open drums to die for people! “Shivers” is a tense, apprehensive underscore with shock stabs that builds to a climax whilst “Drums On Parade” is a showcase of head-nod drums and cymbals in march time. Did someone say “funky”?

Side B starts with a stroll down “Samba Street”. With the noise of the crowd in the background, this is riotous, authentically drawn samba that sounds like it’s been beamed straight in from Rio in full flow. Drop this at midnight and watch the cobwebs fly off any dancefloor. Prefer it without the fake crowd? “Samba Street (b)” has you covered.

The simple, innocent “Child’s Themes” (all five of them) provide a nice, sweet respite from all the funk. Nursery sounds tinged with only a touch of melancholy. The gentle marimba solo of “Tropical Peace” only adds to the sense of serenity we get from the relatively calm second side. The album closes out with a veritable toolkit of tom toms, snare drum rolls, timpani, vibraphones and chiming bells.

Percussion Spectrum is a joyous collection of sounds, as bright, beaming and downright funky as the vibrant cover. The Themes series is known for each record having its own particularly striking sleeve, which was unusual for library records at the time, and Percussion Spectrums’s multi-coloured drumsticks make for one of the most eye-catching.

As with all of our Themes re-issues, the audio for Percussion Spectrum comes from the original analogue tapes and has been remastered for vinyl by Be With regular Simon Francis. As usual Richard Robinson has taken the same care with restoring the original sleeve from archive scans. This is another one ticked off the list of library records that should be out there for anyone who wants a copy.