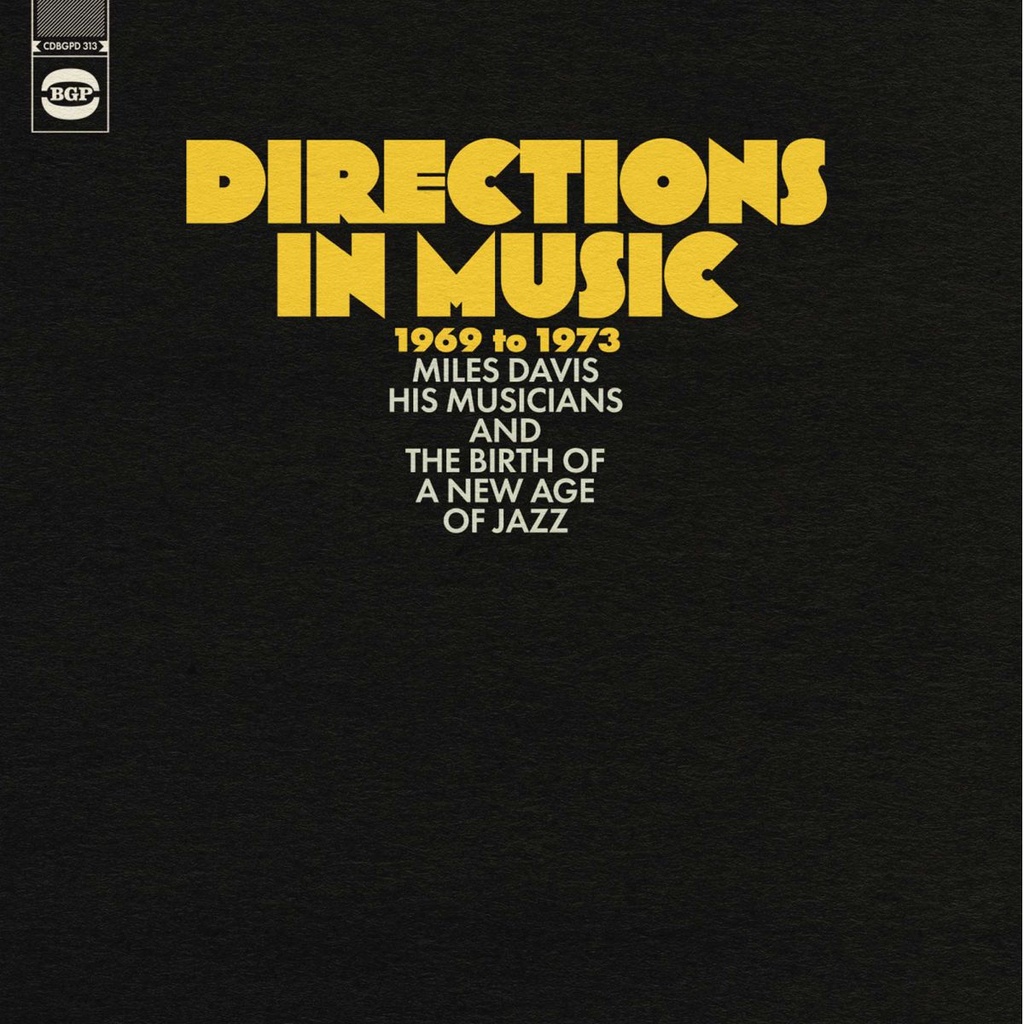 03  In Search Of Truth - Lonnie Liston Smith & The Cosmic Echoes

02  You'll Know When You Get There - Herbie Hancock

In 1970 Miles Davis unleashed “Bitches Brew”. It sold a million and launched a new style of music: jazz rock. It was the culmination of the work of Miles and his musicians over the previous two years. “Directions In Music” illustrates its conception and immediate aftermath. CD version packaged with 20-page booklet. Double vinyl LP version features two printed inner bags.

In 1969 Miles put the phrase “Directions In Music By Miles Davis” on the front cover of his “In A Silent Way” album. The phrase denoted a new way of working where Miles and producer Teo Macero took an overarching view of the music recorded in the studio and melded it to create the finished recording, and showed that Miles was proudly in control of his career. This working method only lasted for two albums – the second being “Bitches Brew” – but was an essential mindset for the way Miles and his band made music over this period. That music and the musicians who created it changed jazz forever, and they took the lessons they learned into their own records.

When Miles died in September 1991, it was said he had changed the direction of jazz four or five times and was about to do so again by working with Prince, or any of the numerous other rumours that he found so easy to attract. Maybe he was – although the pleasant but hardly compelling hip hop album he was working on before his death suggests that he was probably not – but by taking such pinpoints in time, a view of history as a series of revolutionary changes rather than gradual evolution, a larger point is missed. Miles’ groups changed not only the sound of jazz, but through his coaching and encouraging of younger musicians he seeded the whole jazz landscape with a group of players that still command and fill concerts halls the world over. What’s more, even his fiercest critics – the coterie based around Wynton Marsalis’ and Stanley Crouch’s reductive view of what jazz is – have their worldview dominated by Miles and the music he recorded in the mid to late 60s.

This compilation looks at the musicians who worked with Miles in his most controversially radical phase, from “Filles De Kilimanjaro”, “In A Silent Way” and “Bitches Brew” through to “Jack Johnson”, “On The Corner” and beyond. The influence of some of these albums was felt at the time, whilst others have only revealed their importance over the years. Herbie Hancock, Wayne Shorter, Keith Jarrett, Chick Corea, Joe Zawinul, John McLaughlin, Dave Holland, Tony Williams, Jack DeJohnette and Billy Cobham all became superstars in the world of jazz in the years immediately following their participation, whilst others such a Gary Bartz, Lonnie Liston Smith and Michael Henderson gained success by mixing jazz with contemporary black music and making classic albums lauded down through the years. And of course, there is the woman who is often said to have been the catalyst for the whole “Electric Miles” period: Betty Davis (née Mabry).

Of all of the music Miles made in his career, this period offers the greatest fascination. The future of both electric and acoustic jazz and the stars of the genre were mapped out, and the reactions for and against “Bitches Brew”, “In A Silent Way”, “On The Corner” and this whole period continue to reverberate even after 50 years.