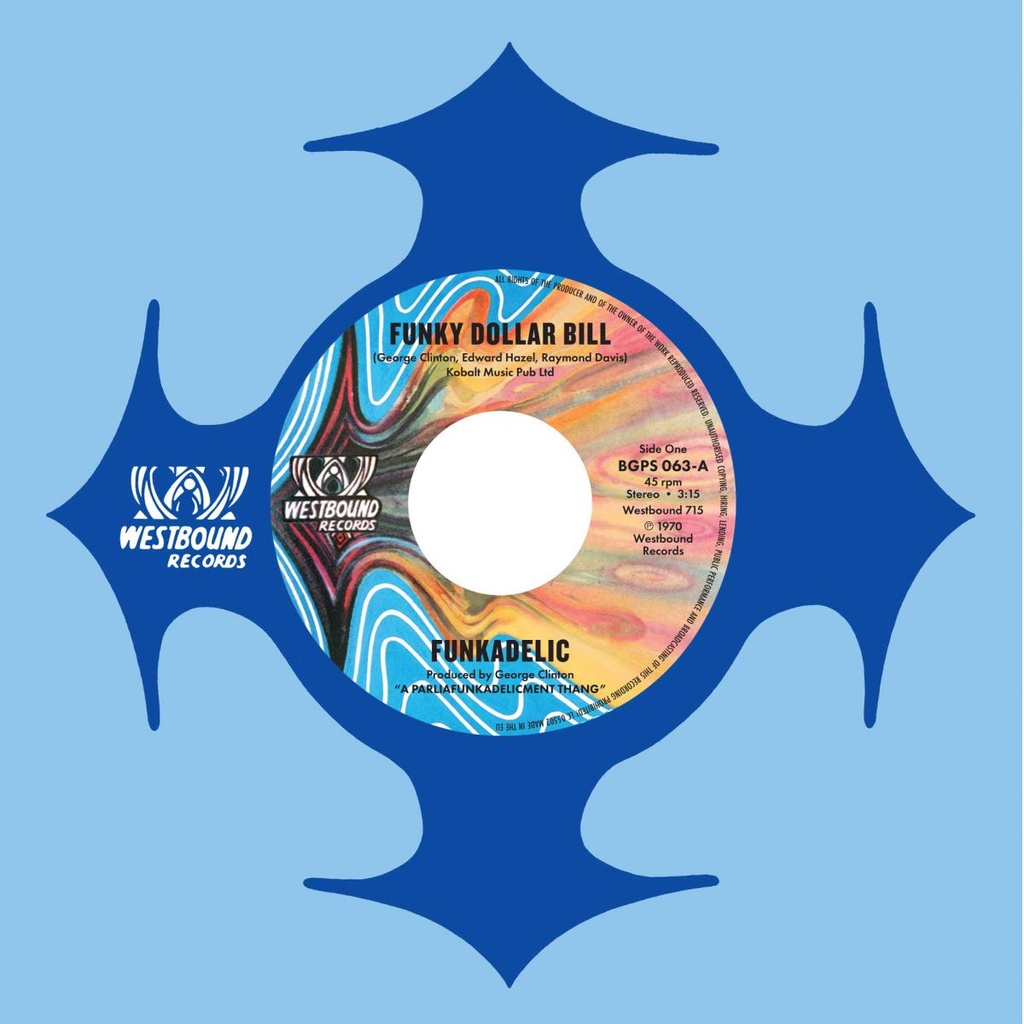 Originally the flip of ‘You And Your Folks, Me And My Folks’ from April 1971, this is funk rock at its finest. It first appeared in a different version on the “Free Your Mind And Your Ass Will Follow” LP, but here we have the single version. And on the B-side of this release, we debut a previously unheard backing track.

With lyrics by Ray Davis allegedly written about his bandmates fried on drugs, and the need for those dollar bills for that and indeed a whole list of things that the mighty dollar buys, the song condemns the malign influence that it brings to bear on life. Billy Nelson rips through the vocal as apparently the most ripped member of the band.

Underpinning the whole thing is Eddie Hazel’s wah-wah wild guitar and Tawl Ross’ answering riff that echoes Led Zeppelin’s ‘Whole Lotta Love’ as much as that song echoed the Small Faces’ ‘You Need Loving’, itself fairly closely related to Willie Dixon’s ‘You Need Love’, as performed by Muddy Waters, and so the vernacular tradition goes on.

Indeed, said vernacular tradition is thoroughly reworked in Bernie Worrell’s deconstruction of barrelhouse piano with the right notes, but not necessarily in the right order. Bernie had just joined the band, but was obviously a fast learner. The backing track displays the full insanity of this gloriously insane song.