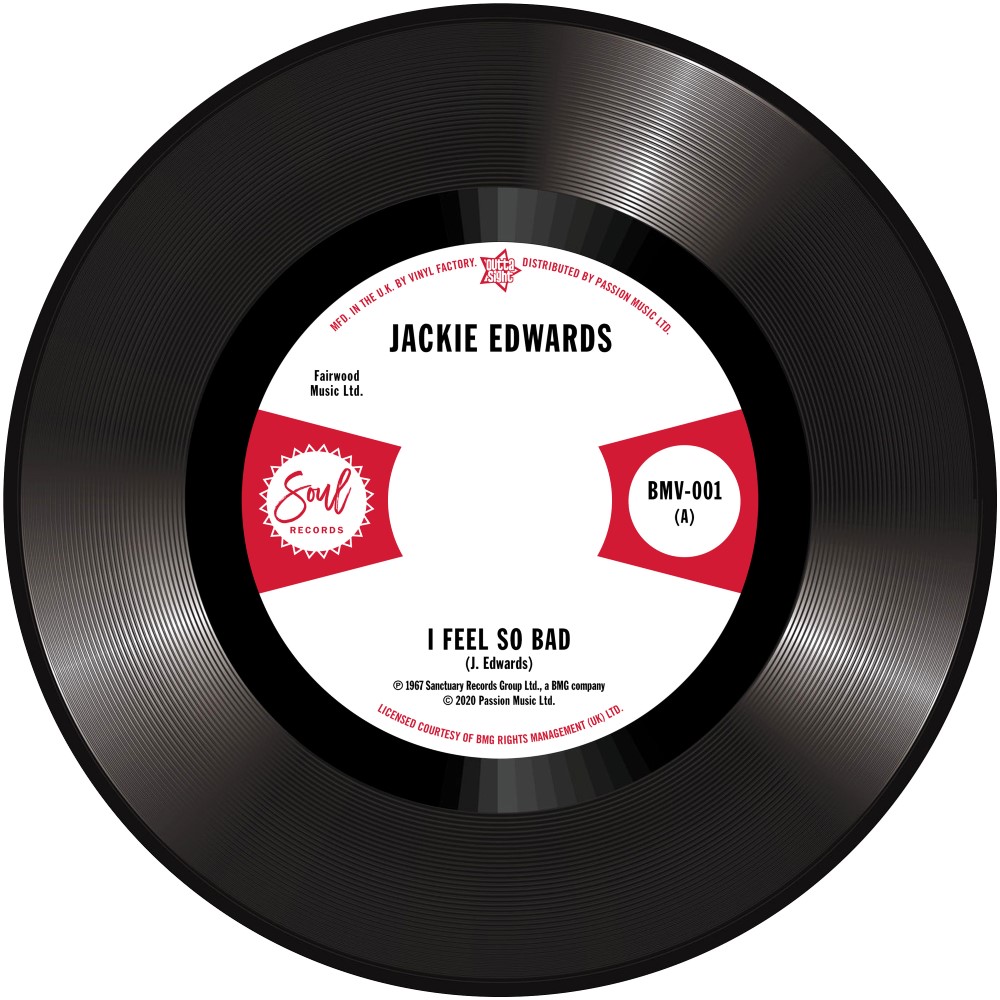 A - Jackie Edwards, I Feel So Bad

Massive demand even after 50 years!

Probably our best double-sider ever!

Rocksteady and Reggae have long been a part of the rare soul scene, since its inception in the early Sixties. It’s easy to hear the influence of early American R&B in the development of ‘Ska’ and as ‘Soul’ music took over as “the sound of young America”, in the mid-Sixties, it too tinged the sound of Jamaica. No more so than our dance floor anthem “I Feel So Bad” by the legendary JACKIE EDWARDS.

Edwards was born Wilfred Gerald Edwards in Jamaica in 1938 and by the age of 22 had already scored a No.1 record on the island. He’d had four chart-topping hits before signing to Chris Blackwell’s new ‘Island’ imprint in 1962. He became an integral part of Island Records, as a prolific artist, songwriter, producer and general helper. He wrote “Keep On Running” and “Somebody Help Me” for the British R&B band The Spencer Davis Group, both of which went to No.1 on the U.K. pop charts.

“I Feel So Bad” was released on the distinctive ‘red and white’ Island logo in 1967 and was adopted by the burgeoning U.K. underground soul scene, most notably at the Twisted Wheel club in Manchester. It has been played on the ever evolving Northern Soul scene ever since and, a half-century on, commands a price tag of £700+ for a mint original. Fortunately our devastingly good-looking “official” reissue can be bought for a more modest sum.

Jackie Edwards is also responsible for our flip-side “Baby Don’t Wake Me” which he wrote and produced for reggae singer DEL DAVIS at the turn of the Seventies. The combination of Jackie’s well-honed soul-induced musicianship and Davis’ gravelly soulful vocals create the perfect Northern/Crossover dancer.