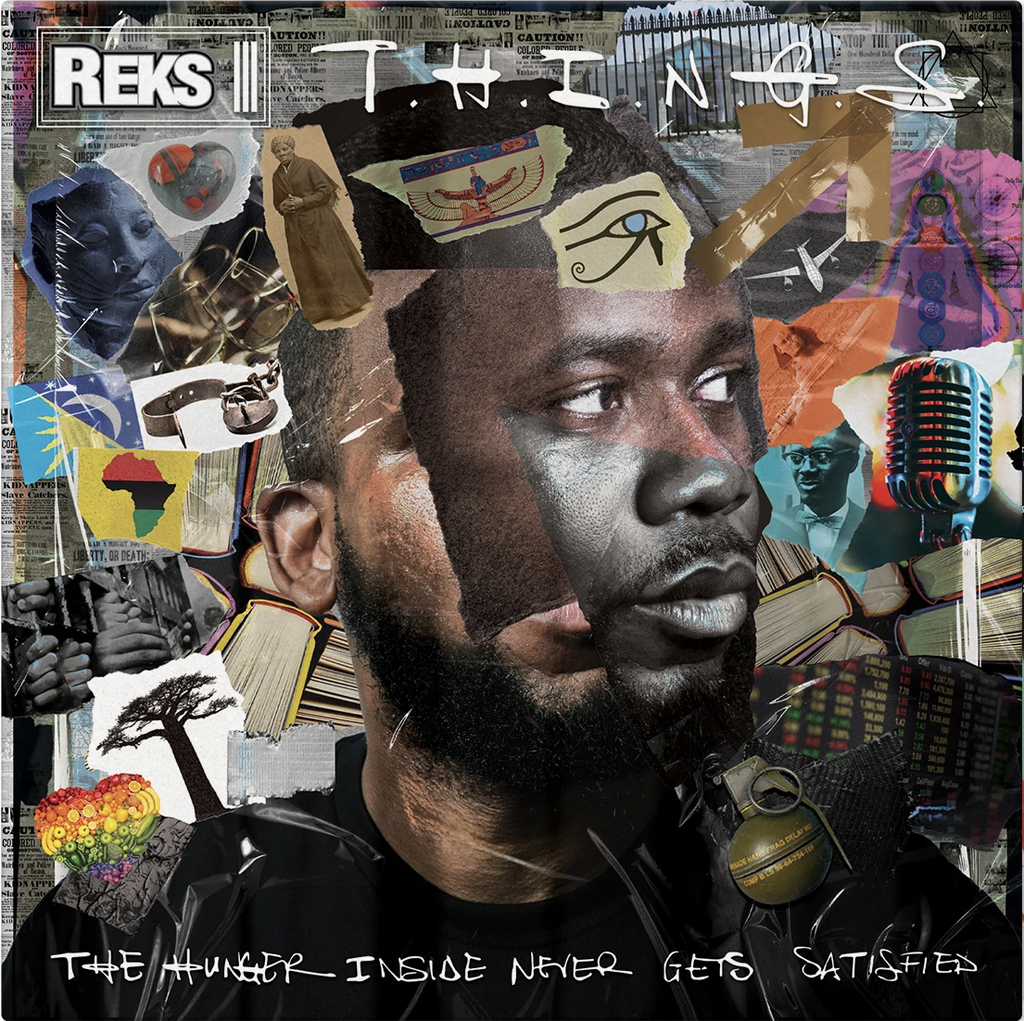 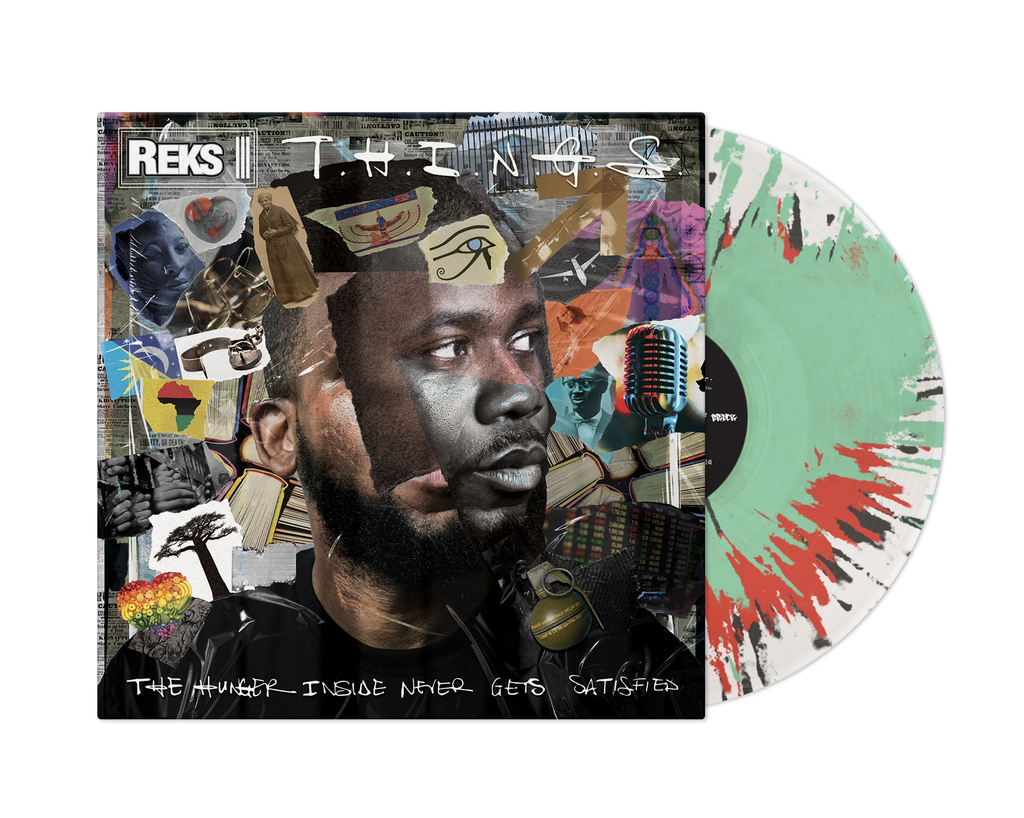 A2. Civilized Barbarians (prod. by Evidence)

A3. The Complex ft. Pharoahe Monch (prod. by Statik Selektah)

A6. Legacy Driven (prod. by Evidence)

B7. This Village (prod. by Evidence)

On his twelfth studio LP in nearly 20 years, Reks sounds just as hungry and passionate on T.H.I.N.G.S. (The Hunger Inside Never Gets Satisfied) as he did when Along Came The Chosen dropped back in 2001. Perhaps even more so. There seems to be a fire that gets lit under the Lawrence, MA native whenever he begins crafting a new album.

“While my conceptualizing process has grown over the years, the actual approach to getting started has remained consistent,” Reks says. “There’s a youthful eagerness that comes over me every time I’m about to start a new record.”

That feeling is palpable throughout T.H.I.N.G.S., an album bursting with everything you’d want from a Reks record, but also so much more. There are certainly instances of his trademark wordplay mixed with bravado on here, like the Apollo Brown-produced banger “King of the Town” featuring Lucky Dice & Chi Knox. But the real core of this record is Reks’ reckoning with bigger societal issues that have simply run rampant for far too long.

And given his talents with the pen, he’s able to blend strong songwriting with deep, conceptual lyrics. Just listen to how he tackles white privilege on the otherwise catchy “Rachel Green” or the way he chronicles being Black in America on “White House.” That’s not even mentioning “The Complex,” a lyrically gripping look at PTSD and Big

For Reks, it’s all about delivering the best possible music to his fans while staying true to himself. And he does exactly that not just through his own gifts, but also through collaborations with the likes of Pharoahe Monch, Lil Fame, Nottz, Apollo Brown, Statik Selektah, Evidence, and Marco Polo, among others.