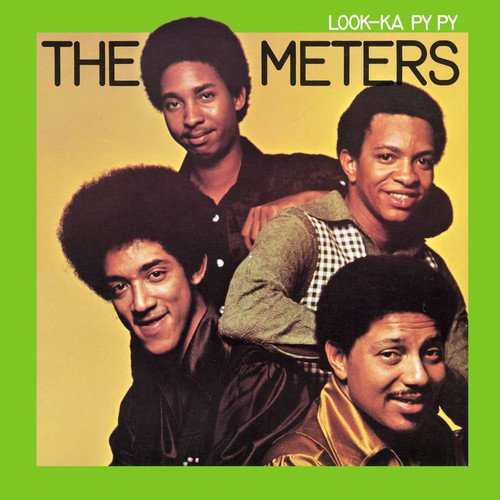 Few funk groups have had as far-reaching an influence as New Orleans band The Meters, the project of keyboardist/vocalist Art Neville, and the famed house band of Allen Tousaint. During their mid-60s-to-late-70s heyday they released a heavy mixture of instrumental and vocal albums and singles of Louisiana-inflected soul, R&B, and funk music that continues to inspire and marvel, and get covered by groups and artists like Red Hot Chili Peppers, Jaco Pastorius, Widespread Panic, and even The Grateful Dead.

In 1969, The Meters released Look-Ka Py Py, which would cement their reputation in New Orleans music history as one of the greatest. Produced by Allen Toussaint himself, Look-Ka Py Py featured Art Neville and his sinuous keys leading the four-piece of George Porter Jr. on bass, Ziggy Modeliste on drums, and Leo Nocentelli on guitar 12 instrumental numbers of world-class funk, dripping with style and precision. Acclaimed to this day as a classic of the genre, The Rolling Stone gave the album a spot on their list of the 500 Greatest Albums of All-Time, while songs from Look-Ka Py Py found new life decades after its release as a treasure trove of hip-hop sampling. (The title track alone has been sampled by Cypress Hill, DJ Shadow, Disposable Heroes of Hiphoprisy, 2 Live Crew, and even Kriss Kross, just to name a few.)