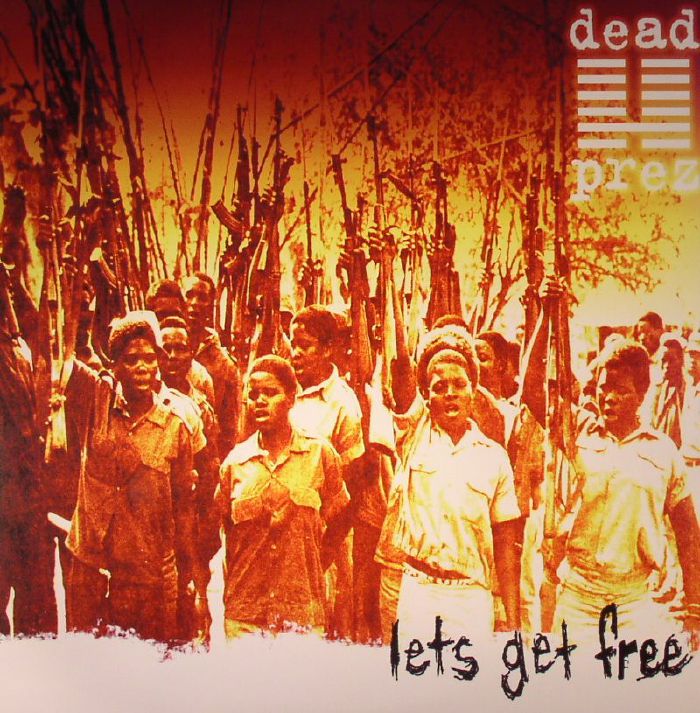 A2 I'm An African

B1 Behind Enemy Lines

B4 We Want Freedom

D2 It's Bigger Than Hip Hop

Dead Prez may have been slightly ahead of their time during their golden years, but that is definitely meant as a compliment. Sermonizing Black Nationalism, Pan-Africanism and the benefits of a healthy and just lifestyle during the height of the Bad Boy / Roc-A-Fella era of nihilistic excess in the late 90s, they also signed to a major label (Loud / Columbia) despite leaning much more towards the burgeoning indie aesthetics of the day. But this was a good thing – using major label muscle to wake up righteous hip-hop fans who might have fallen asleep at the wheel.

The group itself – consisting of MCs stic.man and M-1, who produced or co-produced most of the duos music – was formed in Tallahassee, Florida in the early 1990s (M-1 originally hailed from Brooklyn). By later that decade, the duo had started making significant waves, having their music heard on the soundtracks to Soul In The Hole and Slam, as well as appearing on albums by Big Pun and The Beatnuts.

By 1998, they released their first official single, the serious, stark Police State, on Loud, appropriately brought to the label by Lord Jamar of Brand Nubian. After building a solid rep over the next two years with fiery live performances, in 2000 they unleashed their debut album, Let's Get Free. The album was a welcome return to provocative and often radically political rhetoric that hearkened back to hip-hop forebears including The Coup, Public Enemy and KRS-One (as well as poetic descendants like the Last Poets and Watts Prophets).

Let's Get Free was critically acclaimed and benefited from multiple singles, including the infectious, thick analog drive of Hip-Hop (which became the de facto theme song for Chappelles Show); Its Bigger Than Hip-Hop, with a remix co-produced by a young Kanye West; Mind Sex (with Abiodun Oyewole of the Last Poets); and the poignant Im An African. But the singles weren't the only worthy songs, as just about every cut here has deeper meaning than most full albums by their early 2000s peers. Highlights: the thought-provoking, anti-drug album opener Wolves; We Want Freedom (co-produced by frequent collaborator Hedrush); They Schools and Propaganda (co-produced by Lord Jamar, one of five songs he assisted on).

All in all, this is one of the more underrated and possibly Top 5 fully-realized political hip-hop albums of all time. If you don't agree with the previous sentence, give Let's Get Free another listen… you might be surprised at how well it has held up over the years.