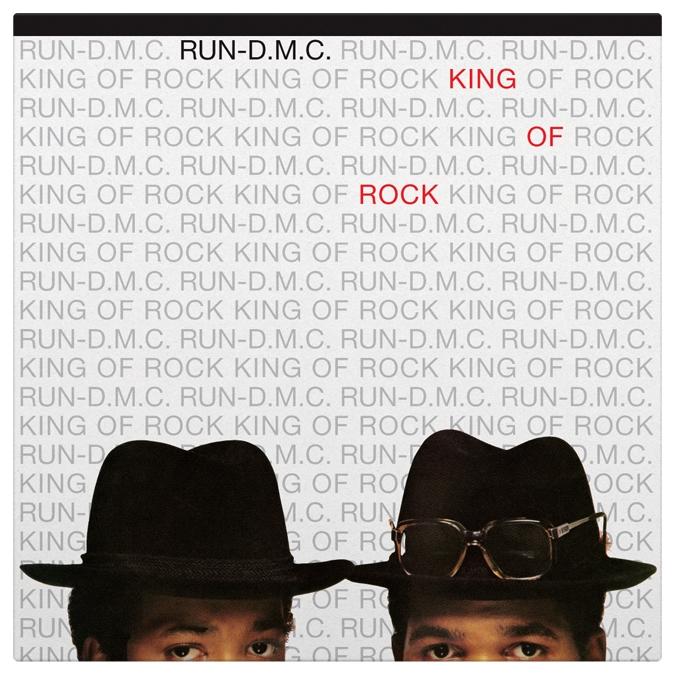 Run-DMCs self-titled 1984 debut pushed the doors of pop music open, showing that hip-hop was not the fad that haters had prophesized. As they proved decisively on Run-DMC, rap was a legit art form, fully capable of producing long-players full of no-fast-forward cuts.

By 1985, any doubters were running on fumes, as the groups King Of Rock blew the aforementioned pop doors off their hinges. Emboldened by their success (including the first rap album to ever go Gold); energized by worldwide touring and accolades; and given all the support they could want by a genius producer (Larry Smith), an open-minded label (Profile) and a charismatic manager (Russell Simmons, who also lent a hand on production), they ruled the charts and hinted at even greater things to come.

The albums most fondly-remembered single set the albums tone perfectly: King Of Rock was hard, full of charisma and tag-team vocal finesse, and had enough guitars to bring the suburbs into the rap fold. The songs video was equally popular and powerful, and the pioneering MTV exposure drove the group into a new stratosphere.

But there was much more to King Of Rock than the title track, including more rock / rap hybrids – Can You Rock It Like This and Youre Blind – as well as the additional singles Jam-Master Jammin and You Talk Too Much. (The latter, incidentally, charted as high as King Of Rock on both the Pop and R&B charts).

Throw in the forward-thinking reggae/rap collab Roots, Rap, Reggae (featuring the legendary Yellowman) and the live-throwdown-simulation Darryl and Joe (Krush-Groove 3) and the album – which went on to pass Platinum status – is a winner from A1 to B4.