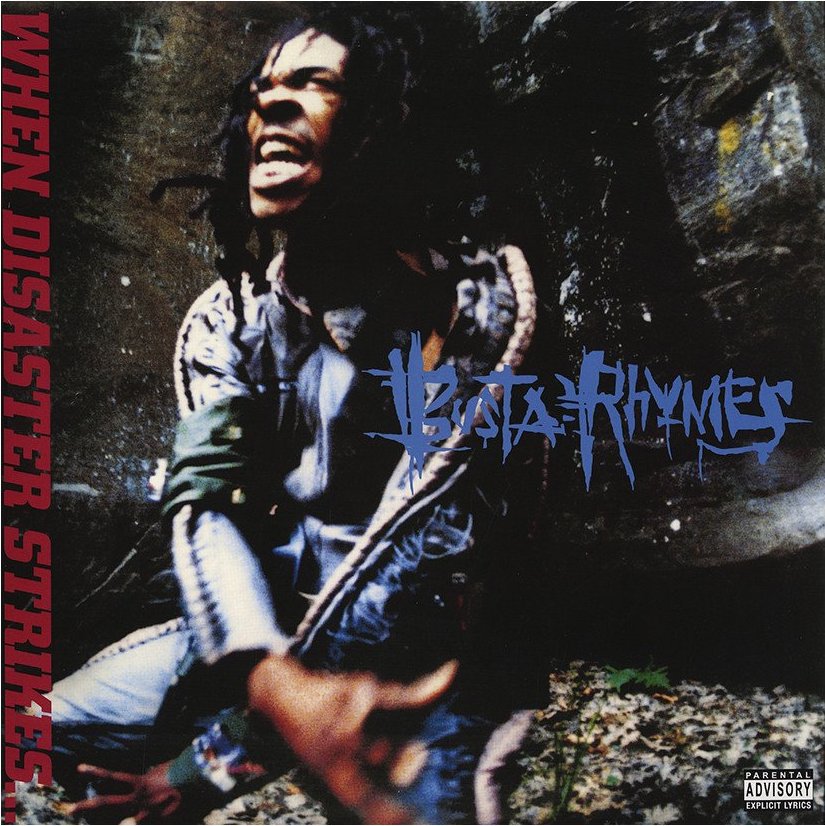 A2 The Whole World Lookin' At Me

A4 When Disaster Strikes

B1 Get High Tonight

B3 Put Your Hands Where My Eyes Could See

B4 There's Not A Problem My Squad Can't Fix

C1 We Could Take It Outside

C3 Things We Be Doin' For Money Part 1

C4 Things We Be Doin' For Money Part 2

D4 Get Off My Block

"By the time Busta Rhymes hit with his second solo album, “When Disaster Strikes”, he was already cemented as one of the most powerful voices in the rap game.

With a lead single that countered that statement “Put Your Hands Where MY Eyes Can See” he proved he is more than just a one act man. The single was an immediate smash and was followed by an equally amazing album.

The albums second single “Dangerous” continued to push Busta creatively and was accompanied with a stellar video gained him major air play on BET and MTV. Critics and fans alike applauded this release for its depth and well-crafted songs which made it platinum at the time of its release. Songs like “Turn UP” the Flipmode assisted "We Could Take it Outside" and “Rhymes Galore” showcase Busta at his best; rapid fire delivery over hard pounding beats.

Other stand out cuts include "So Hardcore" and “One” which is a great collaboration with Erykah Badu.

On the production side Busta brings along his trusted team; Rashad Smith, Dilla, Rockwilder and DJ Scratch to serve him just what he needed for “When Disaster Strikes” to be full on dope!"