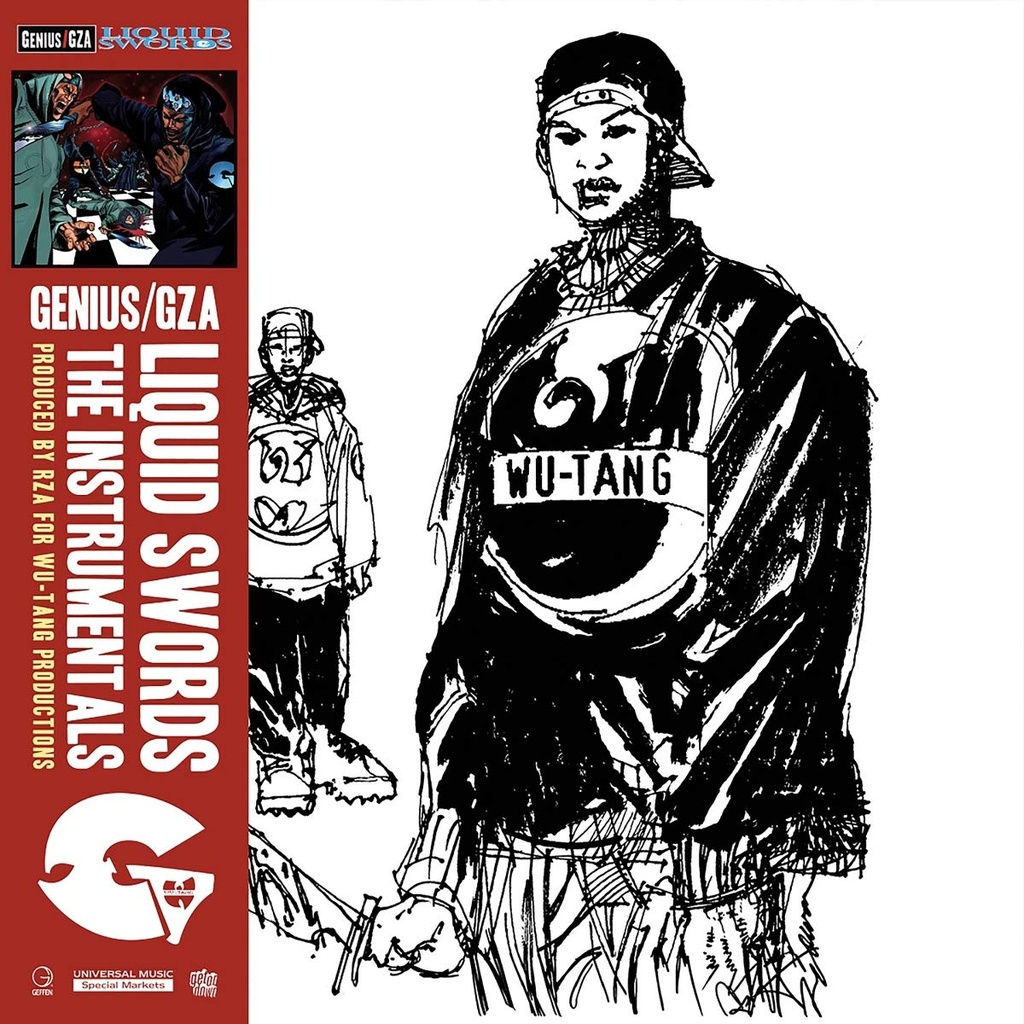 A2. Duel Of The Iron Mic A3. Living In The World Today

There are many reasons why Wu-Tang Clan rapper GZA's second solo album Liquid Swords is considered one of the greatest hip-hop records of all time. Critics and historians point to GZA's raw, and starkly poetic lyrics which featured references to chess, crime and philosophy, as well as superb guest performances from his Wu-Tang Clan contemporaries. One can't comment on Liquid Swords' brilliance however without touching upon the production, courtesy of Wu-Tang's own mastermind RZA. Behind a hazy and murky backdrop of rare samples and classic boom-bap beats, RZA crafted a bleak atmosphere of urban dystopia for GZA's esoteric rhymes to flourish in,cribbing from a wide panoply of sources ranging from the dusty soul of The Bar-Kays and Ohio Players, the nostalgic jazz of Cannonball Adderley and Willie Mitchell, and even the experimental weirdness of Mothers Of Invention.

In a retrospective 5-star AllMusic.com review of Liquid Swords, writer Steve Huey said of RZA’s production: “The Genius' eerie calm is a great match for RZA's atmospheric production, which is tremendously effective in this context; the kung fu dialogue here is among the creepiest he's put on record, and he experiments quite a bit with stranger sounds and more layered tracks.”

These instrumentals, peppered with frequent interludes of dialogue from the classic samurai flick Shogun Assassin, became the core of the GZA’s acclaimed sophomore LP. The full Liquid Swords instrumentals are now available in a white and black vinyl pressing, a nod to the chessboard art synonymous with the album’s cover art. All tracks have been restored, with re-mastered audio from the original source tapes. Available on 2-LP, with the look of a silk-screened jacket we are excited to bring to you these Liquid Swords Instrumentals.