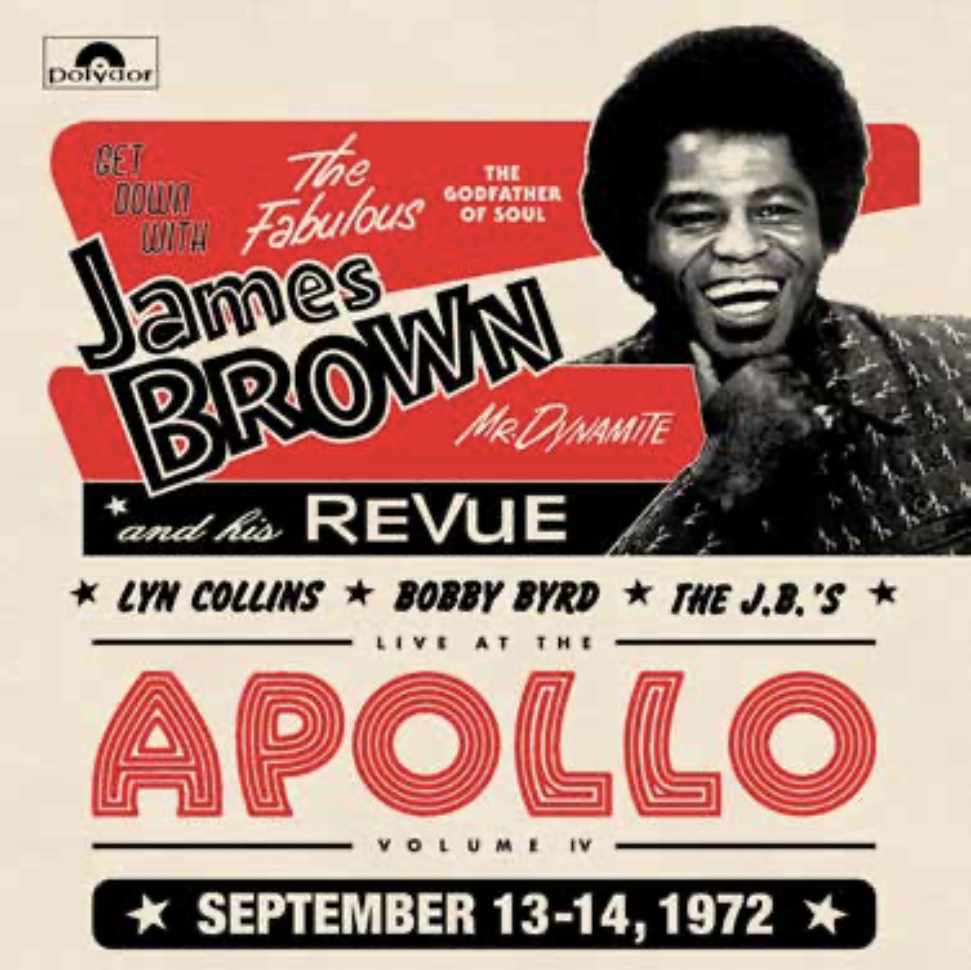 The James Brown Revue, Live At The Apollo 1972

C5. Lyn Collins - Do Your Thing

For the ten years leading up to 1972, the James Brown Revue was an outright superfunk freight train, speeding around the world and crushing all competition. This dominance stretched beyond the charts, too – the group was even more dynamic and exciting on stage, a fact that kept them sleepless and on the move, as audiences demanded more.

From 1963 to 1971, James Brown had released not one but three albums recorded live at Harlem’s famed Apollo Theater. The first volume of the series is still rightfully revered today as one of the greatest live albums of all time. But Volumes II (1968) and III (1971 – aka Revolution Of The Mind) were no slackers either, showing James and his incredible band (with talent including “Pee Wee” Ellis, Fred Wesley, John “Jabo” Starks, Clyde Stubblefield, Maceo Parker, Lyn Collins, Bobby Byrd and many more) at the peak of their respective powers each time, playing a litany of JB hits.

Because of this, it will always be a mystery as to why Volume IV, which was recorded at the Apollo on September 14, 1972, was shelved. This is in no small part because the performers and songs heard here are some of the Godfather of Soul’s (and the JBs’) strongest. But shelved it was, full of fire but languishing for decades in the Polydor vaults.

Thankfully we can now put that all behind us, with the first-time-ever-on-vinyl release of this incredible concert, from more than four decades ago.

One look at the tracklist will make you salivate: from instrumental JBs classics like “Pass the Peas,” “Gimme Some More” and “Hot Pants Road” to James’ own 1972 smash vocal “There It Is,” the assembled group of musical geniuses – including trombonist and bandleader Fred Wesley; saxophonist St. Clair Pinckney; guitarists Hearlon “Cheese” Martin and Jimmy “Chank” Nolan; bassist Fred Thomas; and Brown himself on organ – smash through James’ New New Super Heavy Funk with ridiculous power, control and panache. Included here, beyond the music, are in-between song introductions and banter, which bring you right into the front row.

This live album stands apart because it was conceptualized to showcase James Brown’s favorite players – The JBs – and vocalists, Bobby Byrd and Lyn Collins, who had their own R & B smashes on the People label. And these supreme talents get plenty of space to shine here: Collins’ “Do Your Thing” and “Think (About It)” and Byrd’s “Keep On Doin’ (What You’re Doin’),” alongside “I Know You Got Soul” simply levitate the bandstand.

This future classic is a clear reminder that James Brown was as much of a talent scout as he was a more-than-legendary performer. And while other “Live At The Apollo” releases focused on his own incredible music, here he gives the stage to the musicians that brought his work to life and kept his legend going for decades. Future generations won’t have to wonder why this music was held back for so long, because they will always have this album – and once you hear the first notes, you won’t worry any more either. You will sit back, let some of the greatest musicians of all time blow your mind, and smile for several days straight. So put the needle on the record and let it begin.