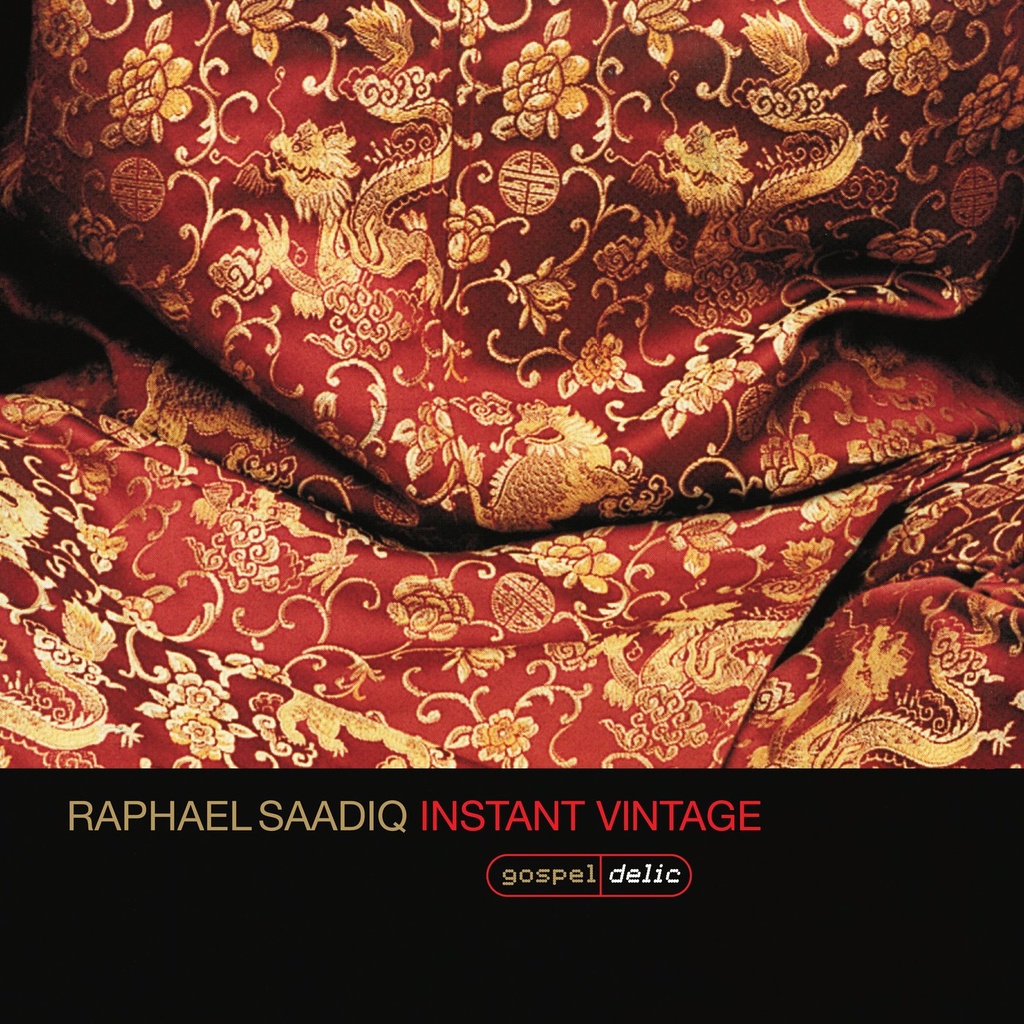 A1. Doing What I Can (feat. Angie Stone)

Raphael Saadiq did not rest on his laurels after bringing his famed R&B group Tony! Toni! Toné! to a close in 1997. In the coming years he was a highly sought after producer and session musician, leaving his mark on tracks by D'Angelo, The Roots, and Erykah Badu, and briefly formed the supergroup Lucy Pearl with Ali Shaheed Muhammad of A Tribe Called Quest, and Dawn Robinson of En Vogue. After nearly a decade of working in the realm of New Jack Swing, Saadiq's interests gradually gravitated towards the burgeoning musical subgenre of neo-soul.

2002 marked Saadiq's debut as a solo act with the release of Instant Vintage, a record so titled to joke on the fleeting nature of pop culture. It proved to be an album many years ahead of the curve, with its singular focus on organic, instrumentation-driven soul. (With guest appearances from D'Angelo, T-Boz of TLC, Angie Stone, Calvin Richardson, Hi-Tek, and the South Central Chamber Orchestra, among others.) A record that foresaw the arrival of the neo-soul revival, and the mainstream success of nostalgia-mining artists like Amy Winehouse, John Legend, Mark Ronson, and many more.

Instant Vintage underperformed commercially upon its release, having the misfortune of being released at a time when pop audiences were more inured with the electro-infused sounds of The Neptunes and Timbaland. In spite of this the record was an absolute marvel to critics, who praised Raphael Saadiq's shimmering sounds, and effortlessly warm reproduction of the classic 70s soul of acts like Curtis Mayfield, merged with a then modern neo-soul sensibility. Heavy praise from the likes of Chicago Sun-Times, The Village Voice, USA Today, and many more. Instant Vintage would also go on to earn a Grammy nomination for Best R&B Album in 2003, and would be ranked as one of the Best R&B Albums of the 00s by Rhapsody.

In the nearly two decades since the album's release in 2002, Instant Vintage has never been reissued on vinyl. Get On Down aims to change all that in 2020 with this sterling LP reissue, featuring remastered audio and an intricately re-created Gatefold sleeve of the original, enigmatic cover art.