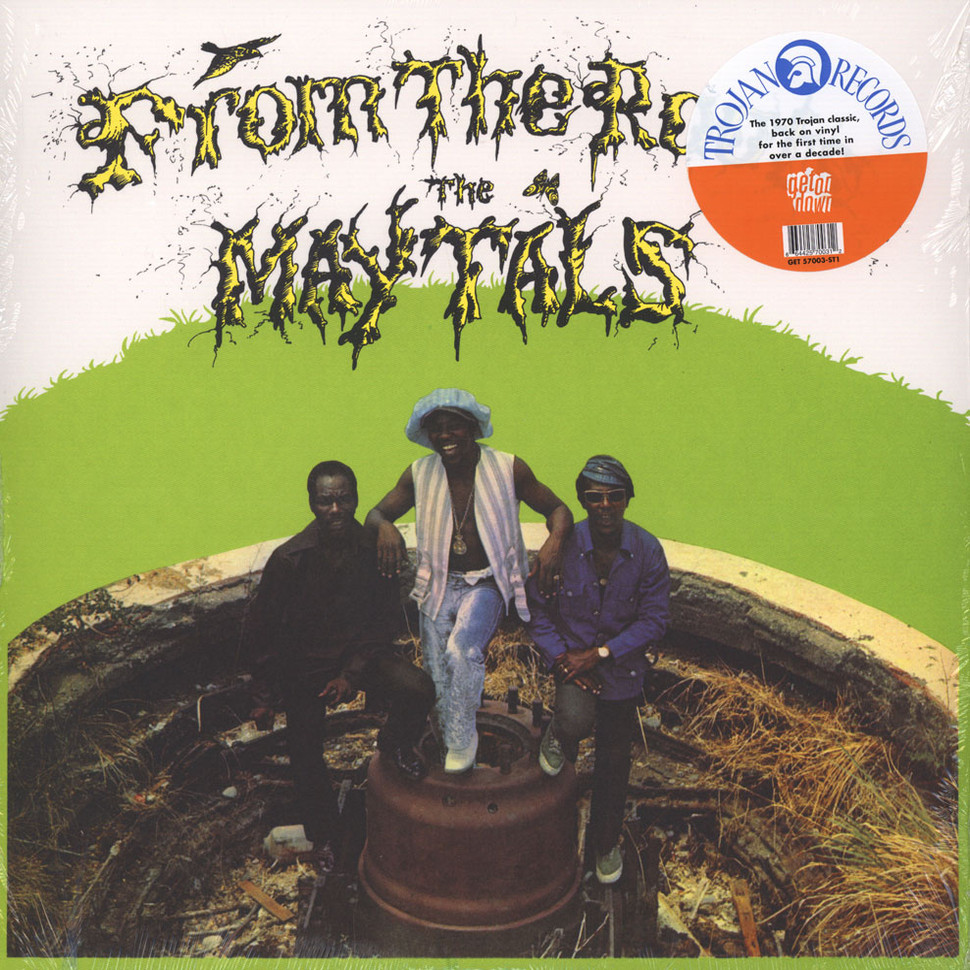 The May􏰒tals, From The Roots

A7 Thy Kingdom Come

B1 One Eye Enos

B2 A Time To Love

B4 Know Me Good

B5 Got To Feel

B6 Feel So Good

B7 Give Peace A Chance

When it comes to old-school roots reggae, few groups were as influential as The Maytals. Adding Frederick Toots Hibberts name to the front of their billing later in the 1970s, in the earliest days they were more egalitarian as they built their sound and legend.

From The Roots, originally released on Trojan Records in 1970 (alongside another full-length that same year, Monkey Man), was a transitional record for the group. Leaving behind their early ska days – much like The Wailers and other peers – they had yet to settle into the slower tempos that blew in like ganja smoke by the mid-70s. As a result, music here generally gallops, and vocals fall in line.

As heard on gems like Koo Koo, Got To Feel, and Pee Pee Cluck Cluck, the Maytals lyrics tend mostly towards love and the pursuit thereof. The group, throughout its career, was also deeply spiritual and much of this was expressed through song – a great case in point here is Thy Kingdom Come, essentially a church hymn set to reggae music.

And the album concludes with an interesting cover of the Lennon/McCartney hippie chestnut, Give Peace A Chance, which is much faster than the original and quite groovy overall.

The Maytals are generally overlooked in the pantheon of reggae giants, but this is unjust. Do your part in recognizing their legendary status by digging into this filling meal of classic Jamaican fare.