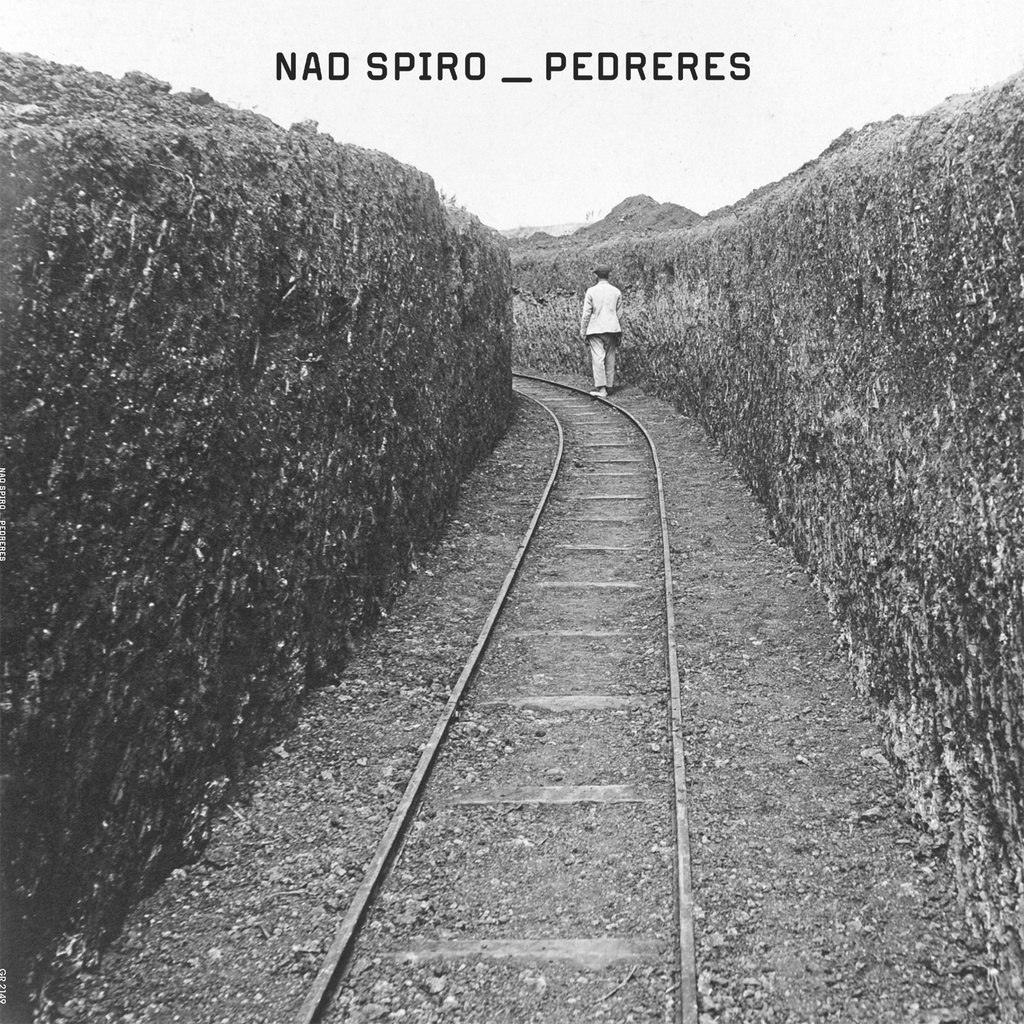 New album from Nad Spiro in a special vinyl edition co-released by Geometrik and Munster Records! (Limited edition to 250 copies)

In her new sonic fiction, Rosa Arruti aka Nad Spiro reveals an unusual dimension of her work, using just one guitar and four pedals on her sonic explorations through the lost quarries of Montjuïc, the legendary mountain of Barcelona.

Enigmatically as ever, she invites us to go deep into the sound magma while dedicating each composition to one of the lost pedreres (quarries) of evocative name, hidden nowadays under a different urbanscape.

The Spanish experimental pioneer Rosa Arruti -an essential figure in Barcelona’s cutting edge music scene since the late seventies - has worked for many years under the secretive alias NAD SPIRO, a solo venture where she explores unfrequented audioZones in the outer peripheries of electronica, building her complex guitar sounds into a world of unique textures and sound fictions.

Besides her albums on the prestigious Geometrik Records (the Spanish label of Esplendor Geométrico), her work has been released on imprints like Farpoint Recordings (Ireland), Silent Records (USA), Sloow Tapes (Be) and on international compilations like Wire Magazine or Contemporary Music Review. Apart from taking part in cult bands in Barcelona’s avant-garde underground (Psicópatas del Norte, TendreTembles, MohoChemie…), Rosa Arruti’s extensive experience includes collaborations with artists like My Cat is An Alien, Kim Cascone o Mark Beazley.

“A walk to the threshold of the underground: magma, liquid in solid state or solid in SONIC state.

Esotronicmuzak.Or exo-exotica. That’s what Nad Spiro sounds like, here and now. Some of the sounds she unleashes represent an audio invocation in ritual mode with (why not) Lynchian resonances, a Mondo Tulpa of suggestive and disturbing atmospheres: coups de guitar, wave vibrations, notes as psy triggers, activating again the soul of the mineral, exciting the rock, provoking again its infinite growth. Do re mi fa sol BLAST!!

Strategic sounds for a strategic territory celebrated by Pedreres, a deriva across The Haunted Rock.” MK-IBÁÑEZ

Rosa Arruti – guitar and pedals (No digital plug-ins were used in the making of this recording).