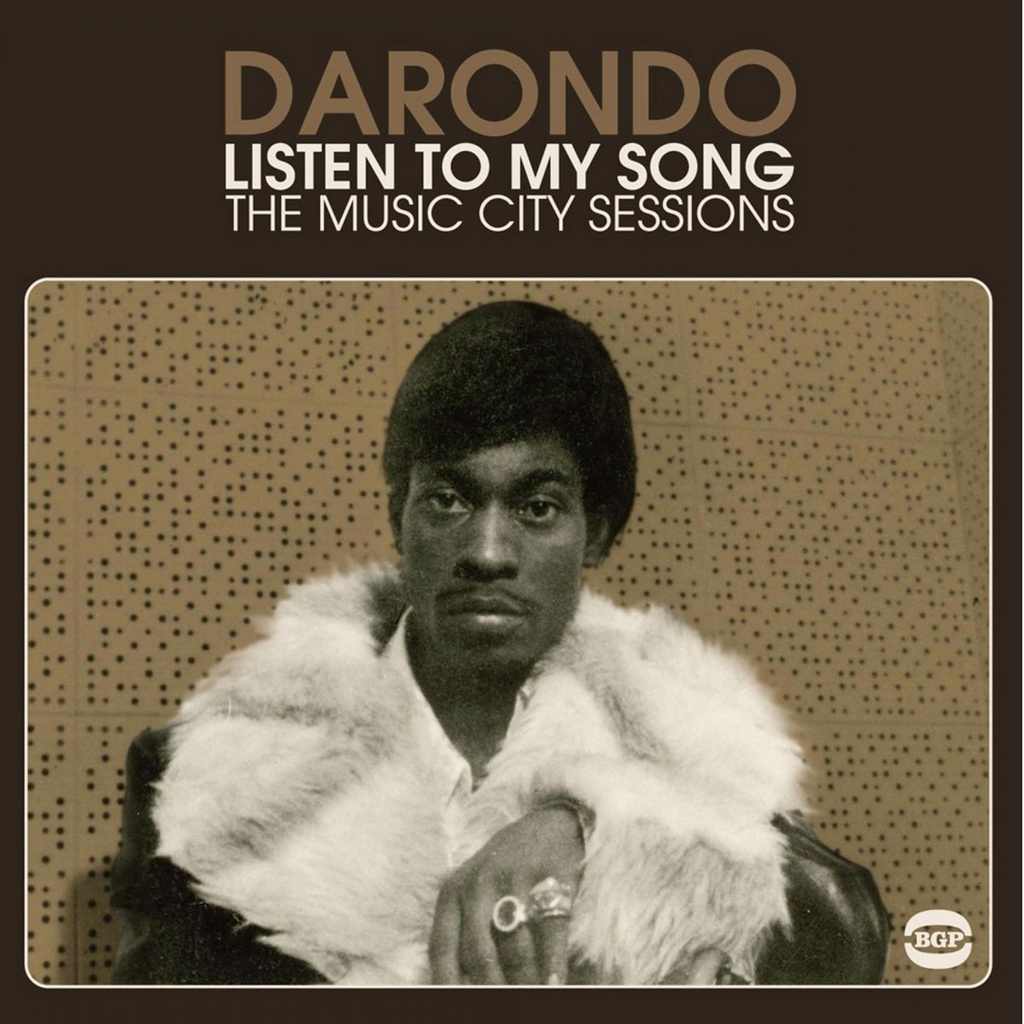 Darondo, Listen To My Song: The Music City Sessions

A goldmine of grooves that shows off Darondo in his streetwise prime. Pressed on 180g linen coloured vinyl.

“This is the root, you got the root!”, exclaimed Darondo as he padded around the white carpet of his upstairs living room, arms raised in celebration of the fact that the 42 year-old tracks we were listening to, long thought lost, had miraculously survived – and sounded just as good as he remembered. The Music City tapes are a major find in the annals of 70s funk, shedding further light on an artist whose reputation had previously rested upon just a handful of tunes. While others invariably focus on the more sensational aspects of this fascinating and gregarious man’s life, for once, on “Listen To My Song: The Music City Sessions”, the music says it all. This is Darondo in his prime, full of street swagger, but with just as much of the touching, heartbreaking soul on display as that heard on his best-known number, ‘Didn’t I’.

Born and bred in Berkeley, California, Darondo – given name William Daron Pulliam – first played professionally at the age of 18 in the Witnesses, a blue-eyed soul troupe resident at East Bay teen club the Lucky 13 in the 1960s, but it wasn’t until the early 1970s that the singer-guitarist hit his stride. When he signed with Ray Dobard’s Music City label in 1973, he brought along a superb stash of self-penned tunes, arranged by musical mentor John “Al” Tanner, and all cut in two marathon all-night sessions. Even with overdubbed strings, horns and keyboards, the results were righteously funky – Memphis-tinged, for sure, but also conveying the urgent street vibe of the East Bay. Throughout, whether it’s the infectious chant of ‘Luscious Lady’, the desperate pleading on ‘I’m Lonely’, or the get-down-mutha exhortations of ‘Get Up Off Your Butt’, it’s always Darondo’s breathless, teasing performance, sliding from baritone to wailing falsetto in the space of a measure, that seals the deal.

Dobard’s notorious parsimony and hubris meant singer and label parted company far too quickly, leaving only the Music City 45 of ‘Didn’t I’ as evidence of their brief association. His subsequent adventures – cable video personality, globe-trotting entertainer, unorthodox therapist, and rebirth as a cult performer in the late 2000s – have been well-documented, but in interviews Darondo often referenced the lost Music City album. And with good reason: he was at the top of his game, focused, creative and moving exceptionally fast – to use a cherished phrase, “cuttin’ up”. Thus, “Listen To My Song: The Music City Sessions” provides some closure – as well as indisputable evidence, should you need it, that Darondo was one of the greats.