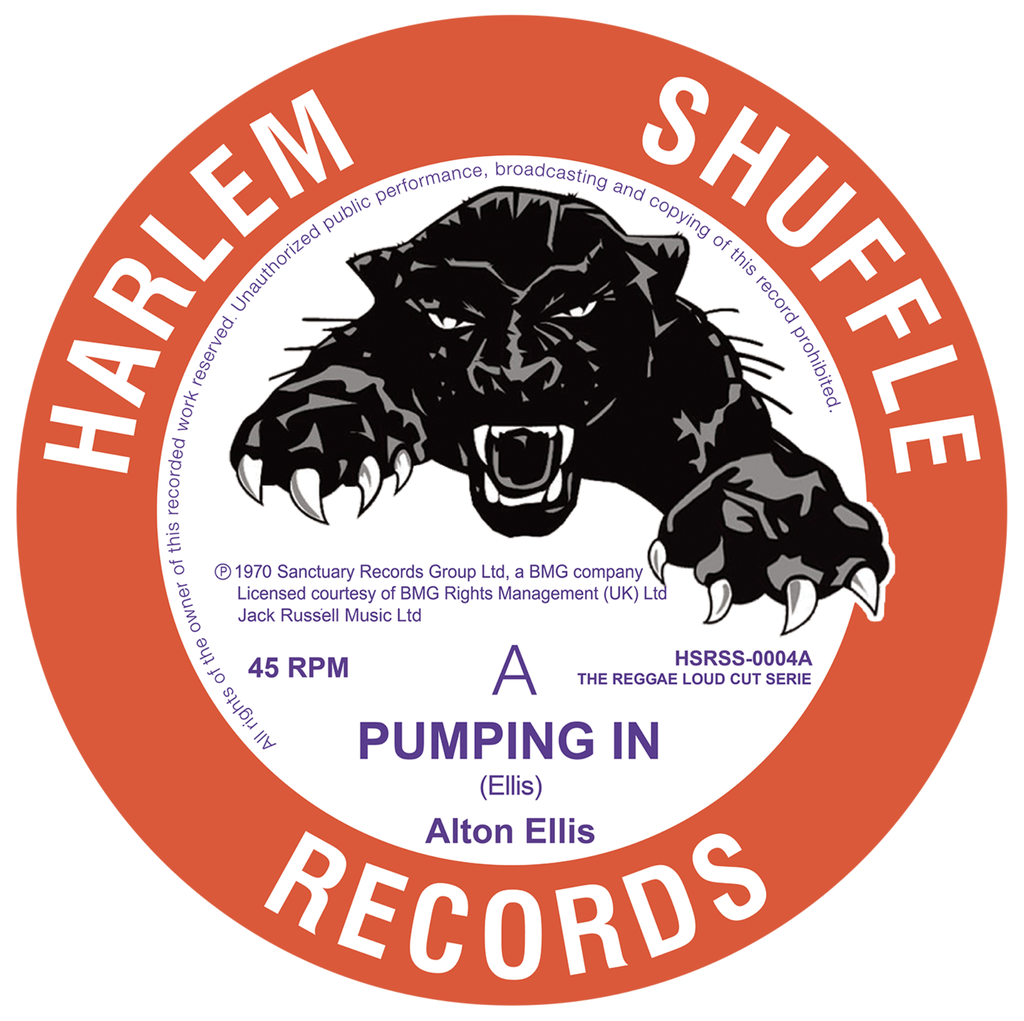 B. Knock On Wood

Two ultra-rare gems from the “King Of Rocksteady” never been pressed on 7” vinyl before.

Alton Ellis was born in Kingston, Jamaica into a musical family including his younger sister, reggae singer Hortense Ellis. He was a man of many talents, he was a dancer before becoming a singer, writer, producer, record shop and label owner. Through his 50 years career, Alton never stopped singing. Through his 5 decades in Reggae music, Alton scored some massive reggae and ska hits, but there is one Jamaican music that really defined him: Rocksteady

Harlem Shuffle now presents two of their favorites from Alton Ellis. The hard to find cut “Pumping In” is on the A Side. Sometimes mistitled “Puping In”, this song original release is a bit of a mystery... As far as we can track, it was published for the first time on the 2013 compilation Alton Ellis “Mr Soul Of Jamai- ca” on the Treasure Isle label and on two CD compilations on the Doctor Bird label and that’s it. This cracking up-tempo track from 1970 has a heavy guitar work, a killer organ and some real gutsy vocals to boot. The sound and rhythm are quite different from Ellis previous songs and, sign of time, have a distinctive Boss Reggae feel and it really rocks! “Pumping In” is an absolute gem that has been badly overlooked up to now.

On the B Side, it’s "Knock On Wood", the Eddy Floyd mega hit. Alton covered this cut more on more than once occasion. The Studio One/ Coxsone Dodd is more common, this version produced by Joe Gibbs is a bit more raw, and has never issued on 7" vinyl until now.