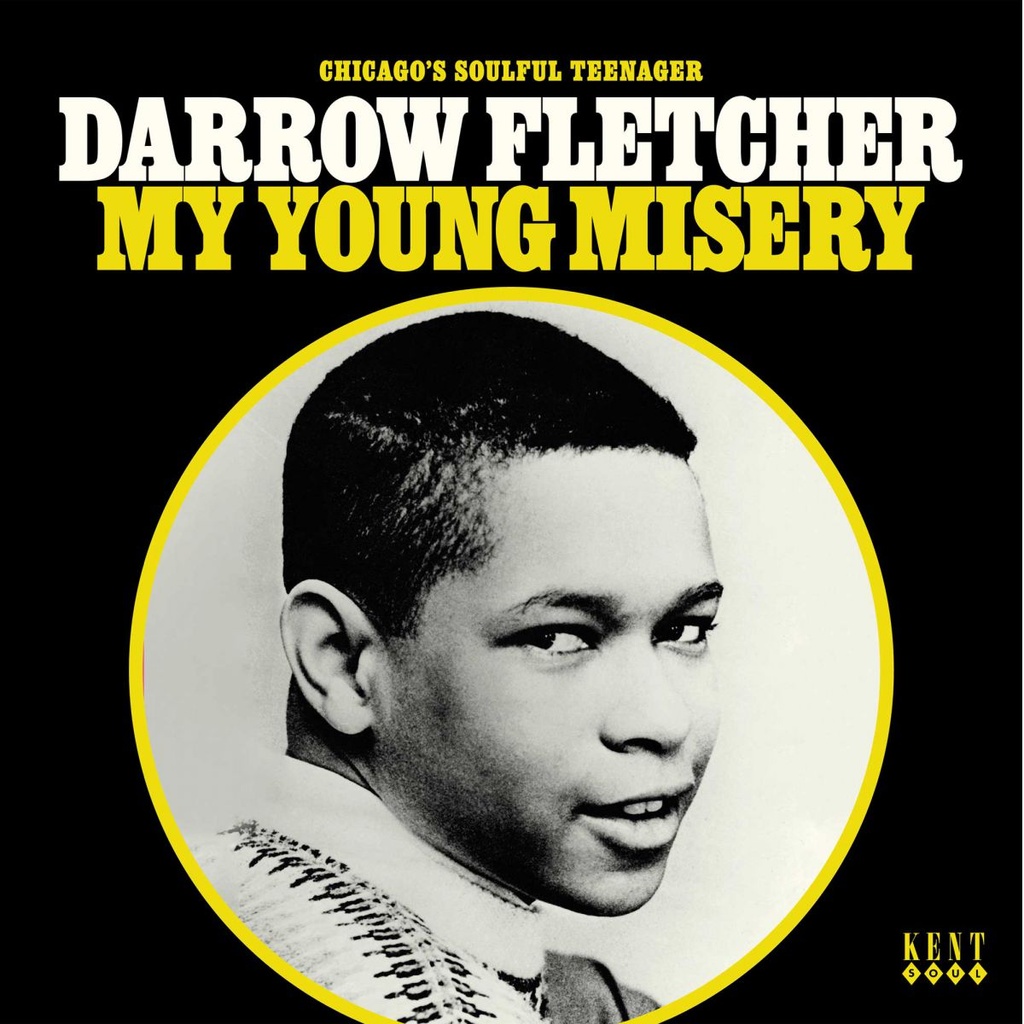 01  The Pain Gets A Little Deeper

03  What Good Am I Without You

05  Sitting There That Night

04  That Certain Little Something

This compilation concentrates on Darrow’s Chicago years. It adds ‘Hope For Love’, a rare demo recorded with a view to getting him a new label deal, which debuted on our “Masterpieces Of Modern Soul Vol 2” CD. He eventually moved to Los Angeles where, between spells at Ray Charles’ Crossover label, he recorded Chicago songwriters Grey & Hanks’ ‘No Limit’, which premiered on “Masterpieces Of Modern Soul Vol 4” and was also issued on a now-deleted Kent Select 45 that currently fetches £100+ on some sales lists.

Darrow began his career with the acclaimed ‘The Pain Gets A Little Deeper’ (an Elton John favourite at the time) and followed up with dancefloor classics ‘My Young Misery’, ‘What Good Am I Without You’, ‘Infatuation’ and ‘Gotta Draw The Line’. The success of ‘The Pain Gets A Little Deeper’ earned him slots on touring soul revues of the time and the quality of the following singles made him a firm favourite in Chicago and other discerning areas of the USA. ‘The Pain Gets A Little Deeper’, ‘Gotta Draw The Line’ and ‘What Good Am I Without You’ became staples of rare soul dances in the UK from the late 60s onwards, while in the 90s a new generation of mod-revivalists dug deeper to make ‘What Have I Got Now’, ‘That Certain Little Something’ and ‘Infatuation’ guaranteed floor-fillers. Darrow’s memorable appearances at the Cleethorpes Northern Soul weekender in 2006 and at Kent Records 30th anniversary celebrations in 2012 gave him and his UK fans the chance to meet at last.

As was common in the days, the hip dance sides were coupled with tender ballads such as ‘Sitting There That Night’, ‘Little Girl’ and ‘My Judgement Day’, which were particularly well received in Chicago and have been admired ever since by slow-groove fans such as those on the Lowrider scene in Los Angeles.

Darrow’s late 60s recordings, although recorded in Chicago, were issued on Los Angeles labels. By 1971 his producer/stepfather Johnnie Haygood had reverted to using his own Chicago imprint, Genna, for the final releases before the move to LA. There he recorded the socially conscious ‘Now Is The Time For Love’, which reflected the changing times and a move away from straight love songs to pertinent topics. Darrow would start a whole new musical chapter in his life under the tutelage of Ray Charles on the West Coast.