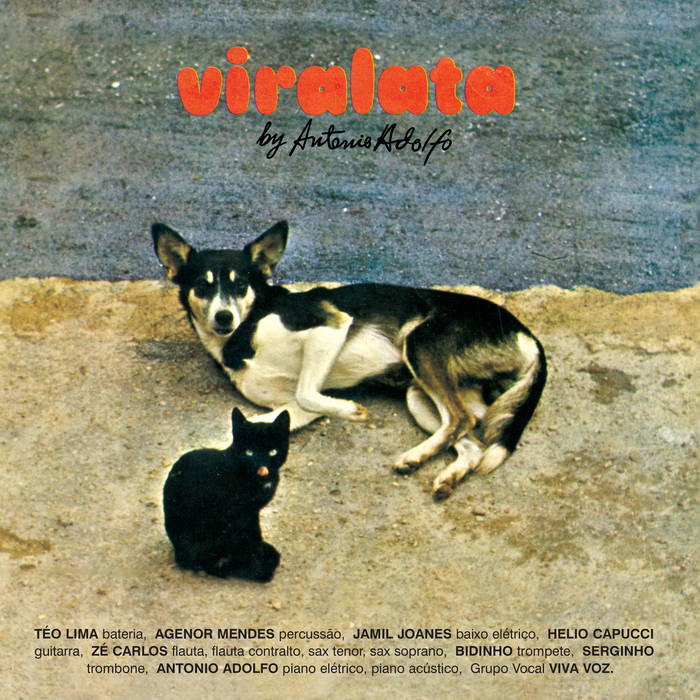 Far Out Recordings are honoured to be working with master composer, arranger and pianist, Antonio Adolfo for the first time since releasing his Destiny album in 2007. This time we present the first ever vinyl reissue of his era-defining Viralata LP: An essential album from Brazil's majorly progressive heyday of late seventies jazz-funk. Viralata is a sacred artefact of Brazilian music, which Antonio himself describes as ‘a product of my hybrid musical influences that joins together flavours of marchinhas de carnaval, frevo, toada, classical, baião, mpb and jazz, etc’.

The album’s first track ‘Cascavel’ is the emotionally charged, celebratory dance anthem, which became a London jazz-dance classic in the early ‘90s after Far Out label boss Joe Davis discovered a handful of copies in a second hand shop in São Paulo and brought them back to London to sell to DJs like Gilles Peterson and Patrick Forge. In recent years the track has been played out by the likes of Floating Points, Mr Scruff and Andrew Ashong, it was also the last song ever to play on the hallowed soundsystem of London’s beloved club Plastic People…

"Saturday nights at Plastic People wouldn't have been the same without this album. Cascavel was such an important track for the club, it was the last tune we played there before the doors were closed forever.”

Viralata sits comfortably on the same pedestal as Azymuth's Light As A Feather and João Donato’s Quem É Quem, which is no co-incidence. All three keystone LPs were recorded and engineered by Toniniho, considered by many to be "the Brazilian Rudy Van Gelder" whose magic touches in the studio also helped to produce Marcos Valle's Previsão Do Tempo and Joyce's Água E Luz among many other holy grails and unassailable classics of soulful Brazilian music.

Antonio’s work has been widely performed by his legendary Brazilian contemporaries including Sergio Mendes, Emilio Santiago and Erasmo Carlos, but also by platinum-selling American icons including Stevie Wonder, Herb Alpert and Dionne Warwick. Following an early 70s spell of studying jazz in the USA, Viralata’s release in 1979 arrived at the height of a flourishing period of Antonio’s career. With his late 60s and 70s output following through on his influences of tropicalia, funk, MPB and easy listening, the almost entirely instrumental Viralata marked an apex for Brazilian jazz.