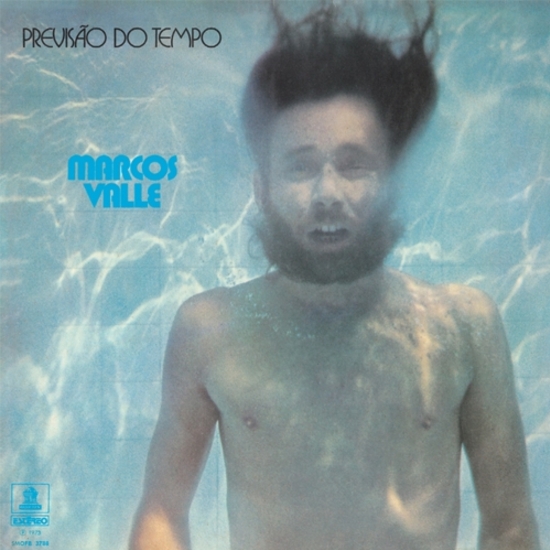 Ten years after Marcos Valle’s debut long player (Samba Demais) introduced Brazilian music lovers to the immense talents of the Valle brothers, a new direction and backing band helped the singer expand his musical palette. Showcasing a groovy funk and jazz-fusion influence with help from then current backing band Azimuth (later known as Azymuth), synthesizers, Fender Rhodes, and electronic sounds took Valle’s samba, bossa nova, baião (a rhythmic beat from the rural northeast of Brazil), along with the inspiration of black American music and psychedelic rock from prior albums, to dimensions unheard. While not a complete departure, the vocals, grooves, and engaging songs of Previsão Do Tempo are guaranteed to make you feel free and think deep.

Previsão Do Tempo was originally released in 1973 and quickly became a favorite of Valle disciples. Still committed to political/cultural criticism through his music, Marcos was reaching a plateau in terms of sound and vision (Previsão Do Tempo sports an arresting sleeve shot of Marcos underwater and also features contributions from Waltel Branco and O Terço). Any way you spin it, Light In The Attic is proud to present Previsão Do Tempo as part of our four-album Marcos Valle reissue campaign. Consisting of an ambitious string of early 1970s landmark studio sessions (sympathetic in spirit to Stevie Wonder and Marvin Gaye’s game changing work from the same era) and released on CD and LP, Previsão Do Tempo features extensive liner notes by San Francisco-based writer Allen Thayer (Wax Poetics) with exclusive interview content and song-by-song breakdown from Marcos himself. Fans new and old will finally have easy breezy access to these once hard-to-find Brazilian classics.

Powered by the jazzy electronic feel of Azimuth (thought by some to be Brazil’s finest musical combo), Previsão Do Tempo is a highlight in the Valle discography and a welcome addition to any South American friendly record collection and sits proudly with the best of Brazil. File after Os Mutantes and before Caetano Veloso.