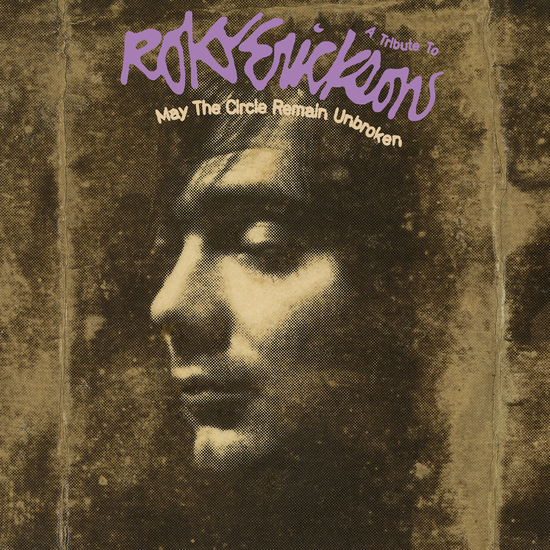 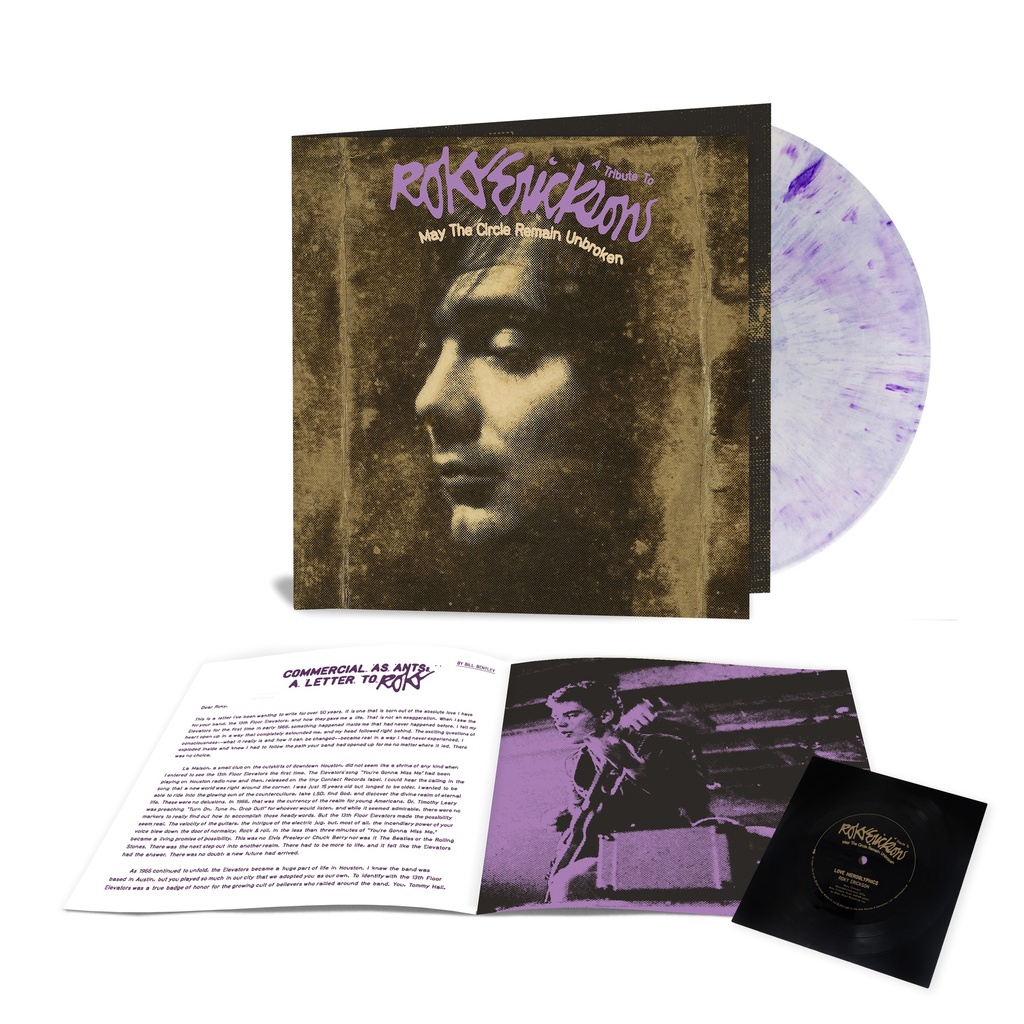 May The Circle Remain Unbroken : A Tribute To Roky Erickson (COLOR)

Jeff Tweedy - For You (I'd Do Anything)

The Black Angels - Don't Fall Down

Neko Case - Be And Bring Me Home

Ty Segall - Night Of The Vampire

Lucinda Williams - You're Gonna Miss Me

Chelsea Wolfe - If You Have Ghosts

Texan Roky Erickson was one of the true mind-blowing pioneers of psychedelic music. The original leader of the Austin-based 13th Floor Elevators formed in 1965, Erickson and band invented a brand new style or rock & roll, one that was slightly unhinged while it explored the consciousness-expanding influence of LSD on music. After three years, the group imploded with mental issues and legal challenges, ending with Erickson being incarcerated for several years in the Hospital for the Criminally Insane in Rusk, Texas. When he was released in the early ’70s the musician continued on his own trail, recording songs that had come to him in his far-flung cerebral wanderings. Erickson, who passed away May 31, 2019, is now celebrated on this 12-track tribute to one of the most original rockers ever.

The participants range the whole world of modern music, and each chose one of Erickson’s originals to stamp their own imprint on. They include Lucinda Williams, Billy F Gibbons, The Black Angels, Margo Price, Mosshart Sexton (Alison Mosshart & Charlie Sexton), Neko Case, Mark Lanegan & Lynn Castle, Jeff Tweedy, Gary Clark Jr & Eve Monsees, Ty Segall, Chelsea Wolfe, and Brogan Bentley. With the full support of the Roky Erickson estate, the album is produced by Bill Bentley, executive producer of the 1990 Roky Erickson tribute album Where The Pyramid Meets The Eye on Sire Records, with associate producers Matt Sullivan, co-founder/co-owner of Light in the Attic, and Wyatt Bentley.

The songs range from Erickson’s debut iconic original, “You’re Gonna Miss Me,” recorded when he was a member first in The Spades and then the 13th Floor Elevators during the early ‘60s in Austin, to some of Erickson’s later songs, like “If You Have Ghosts,” which heard him exploring some of the outer limits of the human psyche. Each new recording is a stunning modern take on the sound that Roky Erickson gave the world over a half-century of writing, recording and touring. No one has ever equaled those explorations.

This truly is the music of the spheres, as Erickson once sang about his sound, as seen through the eyes and ears of those who are united in their love and respect for a person who dedicated his life to rock & roll. Roky Erickson, through the trials and tribulations of a man both imbued with greatness and haunted by darkness, never quit in his quest to share with others what he heard and saw. As he sang on the 13th Floor Elevators last recording, “May the circle remain unbroken.”