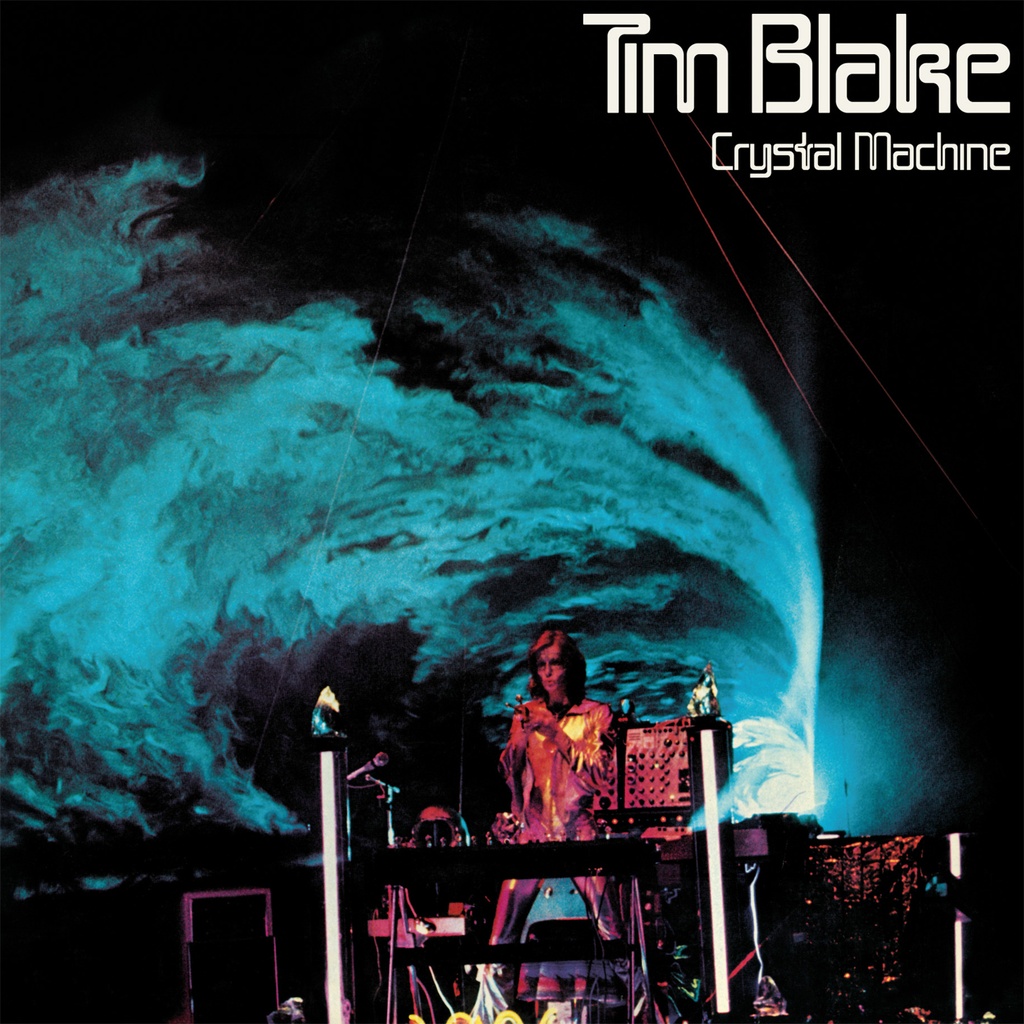 3. Last Ride of The Boogie Child

Hold your body and mind belts, and immerse yourself into a cornerstone of cosmic music in a double

remastered vinyl – one them filled with rarities – called “Crystal Machine” by the visionary Tim Blake, English composer and synthesizer master.

Recorded in 1976/7, it remains echoing as a timeless effort, pretty much still alive. This is a deadly serious art piece, accordingly trippy in all its aspects, full of strangeness and sheer beauty.

This serious art piece contains all the strangeness, audacity, and the beauty of a distinctive cosmic excursion. It is an oddity, and it doesn’t belong to any of the generations of the rock or pop fabrics because of its character of being strangely ethereal and eternal.

In the context of cosmic rock, alongside all German pioneers such as Kluster, Tangerine Dream, Organisation, Kraftwerk, and Ash Ra Temple, the English born, French based, Tim Blake occupies a highlighted seat. However, Blake is also a mastermind-pilot of the so-called electronic prog, where other stellar names like Klaus Schulze, Michael Garrison, Edgar Froese and Vangelis, figure as exponents.

Timothy Blake (London, 1952) is a composer, keyboardist, synthesizer player, tape operator, vocalist and arranger who gained attention when working with cult acts like Gong and Hawkwind, as well as a freelancing member of the French cosmic-proggers Clearlight Symphony and for Steve Hillage.

His knowledge of propelling the expansion of his musical-psychological plus the phenomena-antenna - that occurs when his genuine synth chords create solid waveforms – hit your brain like no other sound-visions dare to do. It is an early kind of what became to be known worldwide as new age and, at the same time, the cement for the foundations of ambient music. It seems you are entering a magnetic field where the manipulated sound layers act as bridge between your ears and the enigmas of an alien atmosphere. It is like an UFO-godsend in terms of musical

His influence, even if not fully recognized by the mainstream media yet, is huge among musicians and those deeply in the knowledge.

Using the name Crystal Machine and being a pioneer in the use of a laser lightning show, his solo career took off as soon as he left Gong in 1975. This album was released in 1977, followed by many others till the present as well as his participation as a player in Hawkwind in the late 70s to early 80s.

The timeless sounds of his “Crystal Machine”, released on the French Barclay’s imprint Egg were largely recorded live. The organic textures lead us to the unknown particles of our imagination, and its body of bravery and simultaneous colored lightness provoke sensations of how anyone’s can loose themselves in the interiors of this thing called perception.

There are five tracks on our solidly cosmic Crystal, being four of them recorded live at Seasalter Free Festival (1976) and Le Palace Théâtre Paris (1977). Only the short and charming ‘Crystal Presence’ is a studio recording. To make our Crystal truly still more special, we have a second slice of vinyl stuffed with rare stuff. You will find the tracks ‘Synthese Intemporelle I’ and ‘Synthese Intemporelle II’ taken from a rare 7” issued only in Spain under the title ‘Síntesis Intemporal’ and ‘Surf’, another 7” A-side issued under the pseudonym Saratoga Space Messengers, a spacey new wave pop slab, with the designer and singer Brigitte Perron whispering tripping digits. The trio of the remaining tracks form part of “The Birth of Crystal Machine”, being them his embryonic demo efforts in different frequency-packages.

“Crystal Machine” remains a remarkable spacey artefact as it was 43 years ago, a watershed in the cannons of the electronic music, produced at the peak of his creativity.