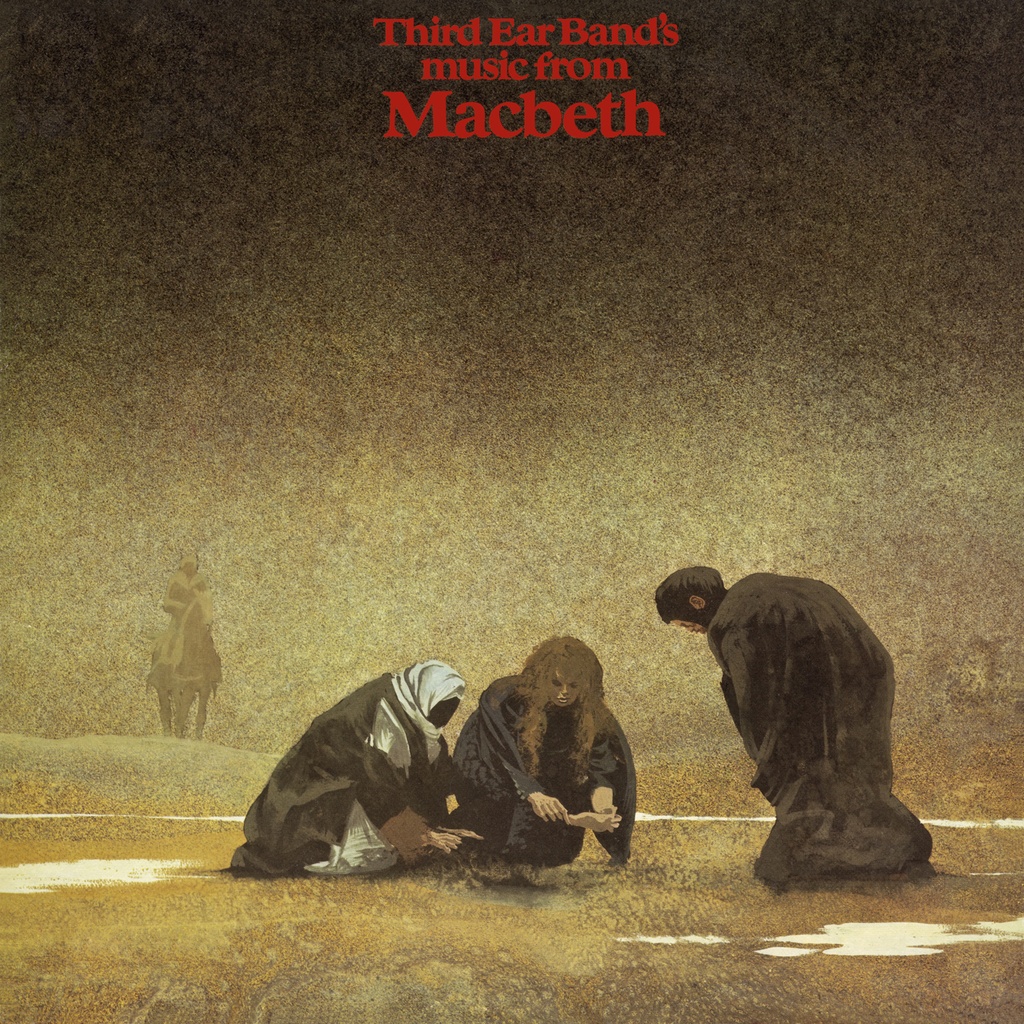 Commissioned by the acclaimed film director Roman Polanski, the English cult band Third Ear Band faced the challenge in order to insert a hell of imagination and creativity to his very own, author cinematographic version of Macbeth, a play by William Shakespeare.

The resulting 44 minutes of imaginative sounds, divided in 16 outstanding pieces, is an astonishing example of an archaic, twisted, abstract psychedelia, rooted on medieval and classical textures. A Monster-Munster gem!

As a luxurious aperitif for the future release of the “Elements” album (including its extra sauces), Munster Records bring us “Macbeth”, the staggering soundtrack by the English band Third Era Band for a Roman Polanski’s film, recorded and produced in 1971.

A magical invitation urging the listener to dive into unsuspected regions of boldness, unpredictability, and an intimate abstract-folkster-experimentalism. According to the founding member Glenn Sweeney, “the music was called alchemical because it was produced by repetition”. However, mind it, such repetition doesn’t follow the same musical structures of, let’s say, Terry Rilley, Steve Reich or Philip Glass due to its indefinite nature of internal-twisted and tormented passages of a peculiar poetic enchantment.

The band, formed in Canterbury, started in 1967 playing an oriental hypnotic-free-form-folk. Signed to the prosperous cult label Harvest, they debuted in 1969 with “Alchemy”, an instrumental jazzy-psych improvisational album. A fully formed masterpiece came in 1970 on the already aforementioned self-titled opus, also known as “Elements”. For “Macbeth”, their third one, just the main chief Glenn Sweeney (assorted percussion) and Richard Coff (viola and violin) remained from the original four-piece line-up. It was recorded when half of the quartet - Richard Coff (viola and violin) and Ursula Smith cello) – had already departed, and they were about to record a third album entitled “The Dragon Wakes”, which had promised to be an electric album with rock influences. Aside from a few sessions, this album was never completed.

The themes presented on the film were composed in an improvised manner while watching black and white excerpts of the oeuvre. The music, recorded in six weeks at George Martin’s Air Studios, in July 1971, has the same unconventional and quite unique dimension as the film itself. It is an auteur music for an auteur film. The music seems to fit perfectly the deliriously idiosyncratic free narrative of the story adapted by Polanski, even if it was used sparingly or remixed in a debatable form for a purist music fan.

Glenn Sweeney summarized his creation better than any critics attempted: “Third Ear Band music is a reflection of the universe as magic play illusion simply because it could not possibly be anything else. Words cannot describe this ecstatic dance of sound, or explain the alchemical repetition seeking and sometimes finding archetypal forms, elements and rhythms...”

There is an arty-medieval atmosphere overall, and it’s folkishly ludic in tracks like ‘Overture’, ‘Iverness’, ‘Court Dance’ and ‘Fleance’, where the experimental interjections function as colorful devices. ‘Fleance’ – with the guest singer Keith Chegwin - is a scintillating highlight.

The poetic assaults of concrete music are present in themes like ‘The Beach’, ‘Ambush’, ‘Prophesies’, as if every drumming fractures, singing seagulls or sharp whistles where conducting us to waves of fear into the unknown. There are other lost beauties in its official 44 minutes like the minimal oboe melody of ‘Lady Macbeth’ floating as a centipede of dreams or the lyrical guitar chords of ‘The Banquet’ punctuating a climax of sheer mystery. And, by the way, that is the song played during a banquet at the castle when the band appears for a few precious seconds on the film.

Taking in consideration the uniqueness of the film, we have in here a sublime soundtrack for it. A music that makes us feel the unfathomable and the unpredictable, sometimes going softly as a solid mystery piece. Close your eyes and enjoy an adventure in this kaleidoscopical carpet of unexpected possibilities of the imagination.