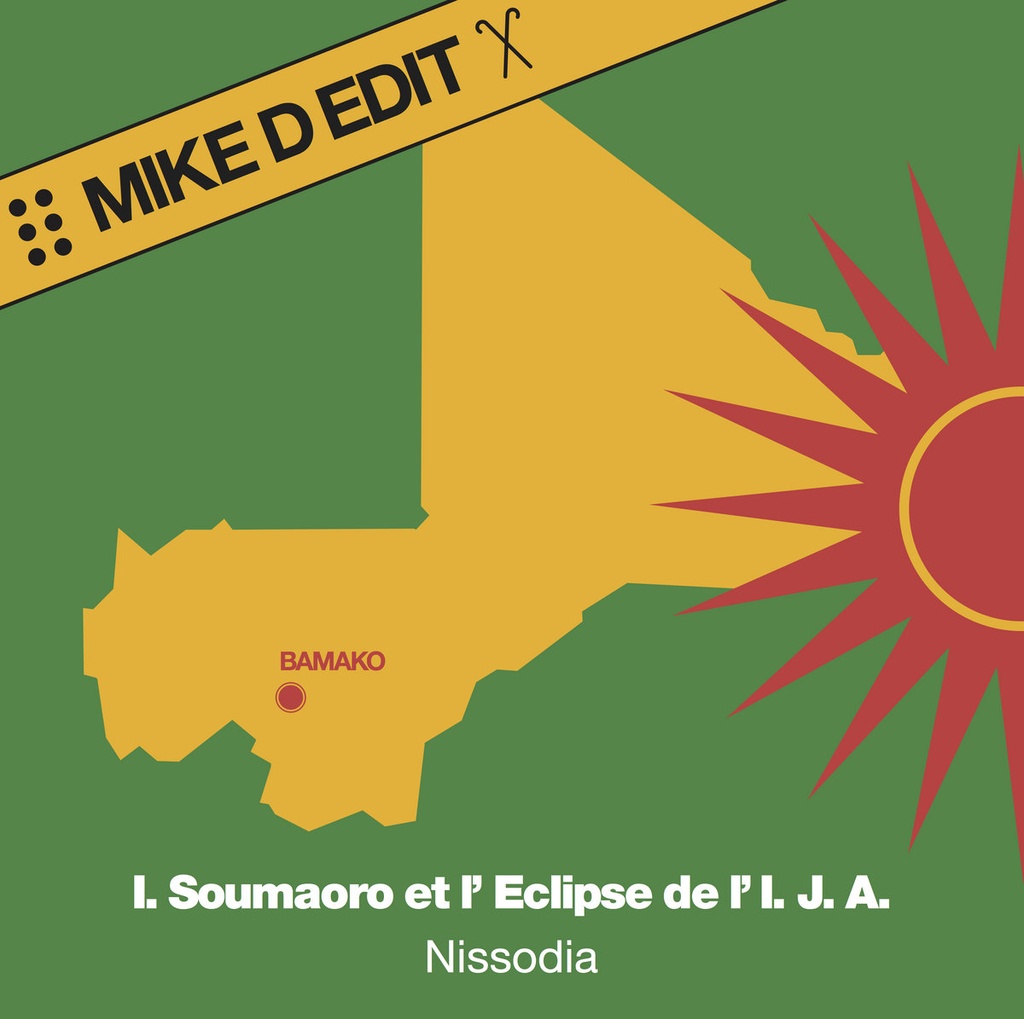 'Legend' is lofty praise that is often used lightly, however, Mike D from the Beastie Boys certainly is one in the truest of spirits. We are delighted after over 30 years of being involved in music to finally release a project involving such a hip-hop pioneer and icon as Mike. In keeping with the maverick attitude of the Beastie Boys, you don't always get what you expect. For this release there isn't a hip-hop beat, instrumental-funk or hardcore-punk joint in sight, rather an electronic-African club banger.

Mike took it upon himself to rework Malian artists Idrissa Soumaoro and L'Eclipse De L'I.J.A. and their track ‎’Nissodia', which is taken from the 'Le Tioko-Tioko' album originally released in 1978 on the German Democratic Republic (GDR) label ETERNA. The song was also featured on 'The Original Sound Of Mali' compilation released on Mr Bongo back in 2017.

It was November 2019 and the day before a Mr Bongo 30 years celebration event in Paris at the Pedro party in the 'New Morning' club, when out of the blue the remix landed in Dave Mr Bongo's inbox. We loved it straight away and decided to road test it the next night in the club. Whether it be a remix/re-edit/rework, it doesn't matter, what does matter is that it works spectacularly in the club and had people jumping on the stage to dance at the party. A sensational track and one which leaves a beautiful memory of good-times from a night out in Paris (and one which is in retrospect is even more poignant as the late-great maestro Tony Allen was in the club that night), and we are sure it will light up many more dancefloors to come.