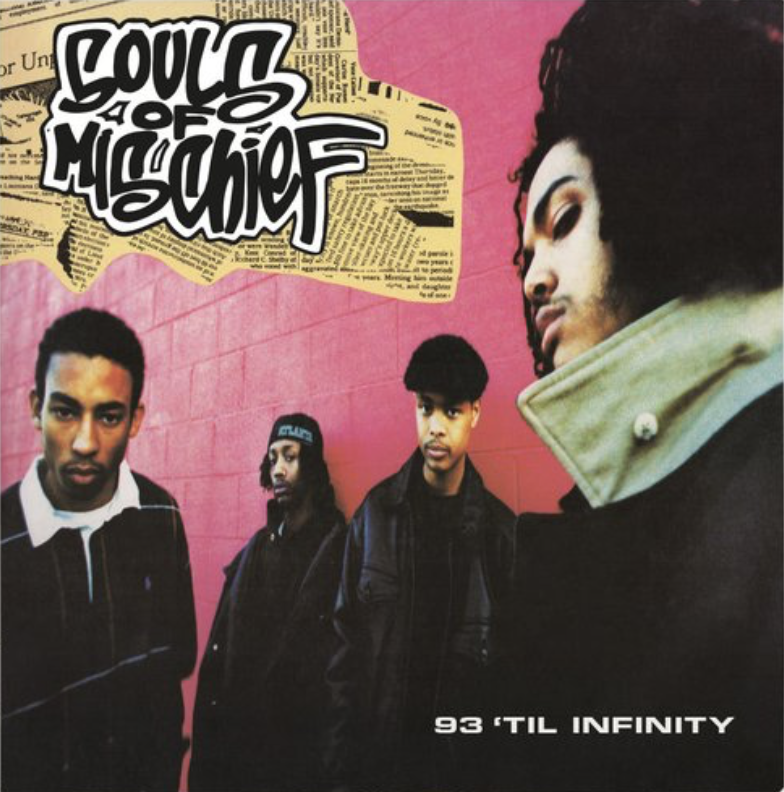 Souls of Mischief, 93 ‘Til Infinity

B: 93 ‘Til Infinity (Instrumental)

While the Souls of Mischief never sold the kind of numbers that would elevate them to a huge audience, for the hip-hop cognoscenti their 1993 album 93 'Til Infinity and the singles it spawned are nothing but classic.

Showcasing a fluent, loose-limbed rhyme style as Tajai, Opio, A-Plus and Phesto combined and bounced off each other, the Souls were part of the wider eclectic hip-hop collective Hieroglyphics, where they were joined by Del tha Funkee Homosapien and Casual, among others. All of them proved to be compelling, unique MC’s with a light touch, and both this single and the same year’s ‘That’s When Ya Lost’ were fan favourites from the off.

It’s built around a handful of different samples from Billy Cobham’s ‘Heather’, which are cleverly connected together and underpinned by a Graham Central Station drum break made indelible by everyone from the Geto Boys to Bizmarkie on ‘Pickin’ Boogers’. As a result it stands in contrast to much of the grimy, headnod hip-hop of the time, providing a melodic, lightly jazzy counterpoint that draws you in to the sinuous lyrics.

There’s no great message in the music, just four MC’s elevating the art of bragging to show you how the west coast rocks it. This is the first time the original album version has been available on 7”, with the instrumental on the flip a must if you’re practicing this for hip-hop karaoke…