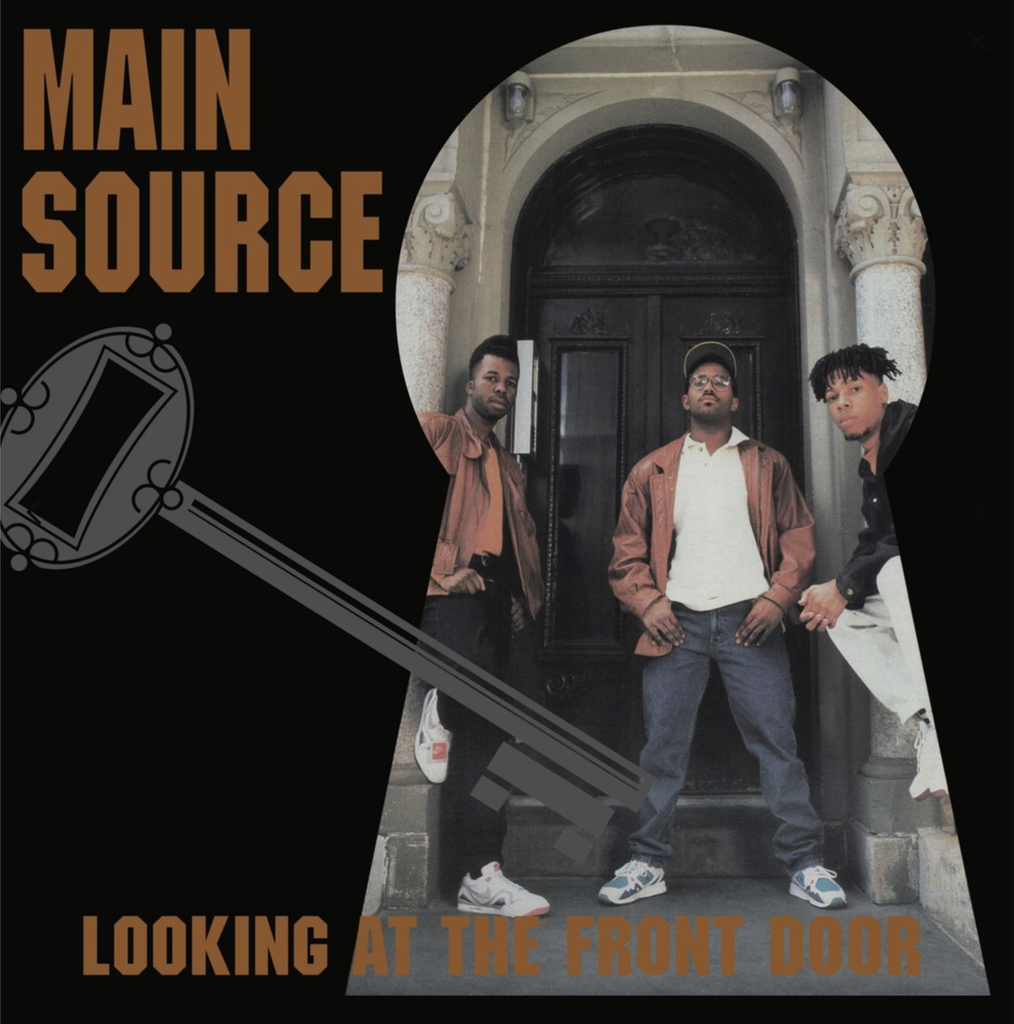 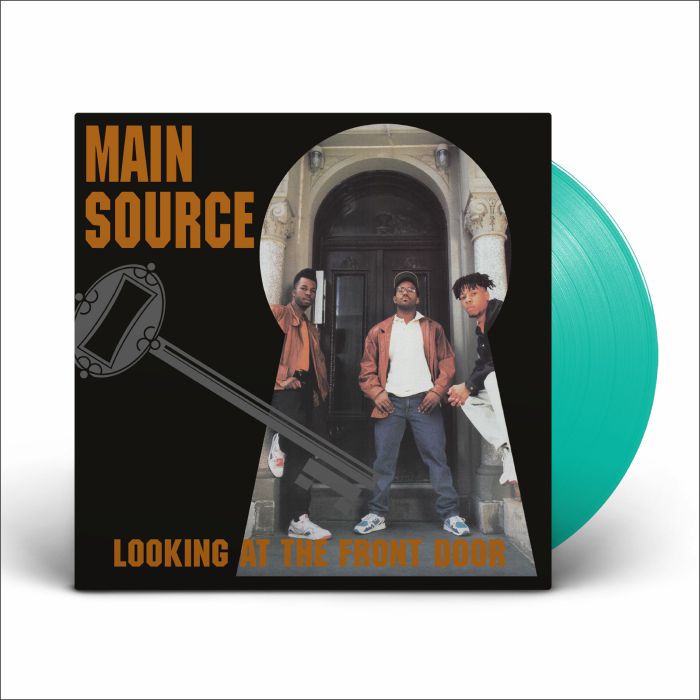 Main Source, Looking At The Front Door / Watch Roger Do His Thing (COLOR)

A1 Looking At The Front Door (Vocal)

B1 Watch Roger Do His Thing (Vocal)

One thing hip-hop has never been great at – and certainly something for which it has zero reputation – is nuanced emotion. Enter Large Professor and ‘Looking at the Front Door’, the group’s first single on Wild Pitch Records and the lead out for their stunning ‘Breaking Atoms’ album.

Wrapped around a loop from Donald Byrd’s Blue Note classic ‘Think Twice’, bolstered by the infectious chorus of ‘Chick A Boom’ by The Pazant Brothers and Beaufort Express, it’s a melancholy tale of love gone wrong. It was a brave choice of lead single in the 1990 hip-hop landscape, plucked from an album full of genuine head-nodders and standout tracks. It was also the right choice – a piece of production perfection laced with romantic honesty.

The B-side also strikes a different tack, a tale of a brother who “doesn’t fight, his brain is his left and right.” Using a solid foundation of drums from Funkadelic’s ‘You’ll Like It Too’ (most famously used on Eric B & Rakim’s ‘I Know You Got Soul’), Large Pro weaves his tale of an ambitious, studious man over an original organ line (by JD Drumsticks) that wouldn’t sound out of place at a hockey rink. The theme is sledgehammer subtle – don’t sell drugs, stay in school – but delivered with the lightness of touch that would be Main Source’s signature.

This is the first official UK release, and the first time both sides have been together on a 7”.