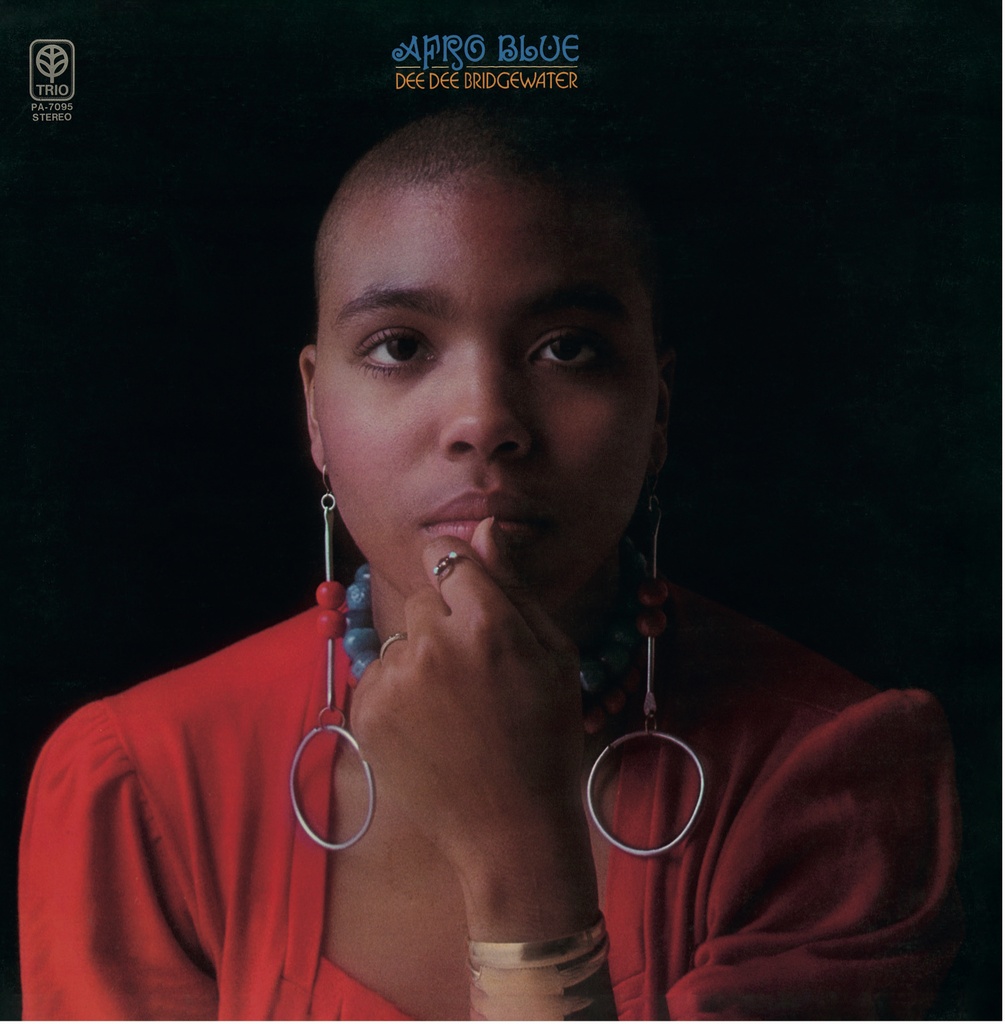 3. Blues Medley (Everyday I Have The Blues / Stormy Monday Blues)

5. Raindrops Keep Fallin’ On My Head

6. Love From The Sun

7. People Make The World Go Round

If you collect vintage 70's soul-jazz vinyl, there is a good chance that you already own a record that features the amazing vocal talents of Dee Dee Bridgewater. Whether it be Roy Ayers, Norman Connors, Billy Parker or Carlos Garnett - Dee Dee is the glue that fuses these artists together. Although best known for her jazz work, Dee Dee has had a wonderfully rich and varied career encompassing soul, musicals, gospel, and underground disco from the 70's to the present day. She is still active as a vocalist, composer, and producer and remains one of our favourite vocalists at Mr Bongo HQ. We take things back to the early years of Dee Dee's career with her debut album 'Afro Blue'. Recorded in Tokyo in 1974, the album was released exclusively in Japan via two different Japanese labels (Trio Records in 1974 and All Art in 1985 respectively). Each release had unique cover art and we have opted to present the album in its original 1974 form.

'Afro Blue' features an exquisite collaboration of American and Japanese musicians, such as Cecil & Ron Bridgewater, Motohiko Hino and producer Takao Ishizuka. The result is a sublime deep soul-jazz masterpiece with timeless versions of 'People Make The World Go Round', 'Love From The Sun', and 'Afro Blue'. It is arguably one of the finest albums in its genre. This record has long been a sought-after item for DJs and collectors alike, so we are delighted to finally make this wonderful music from an understated great available to all.