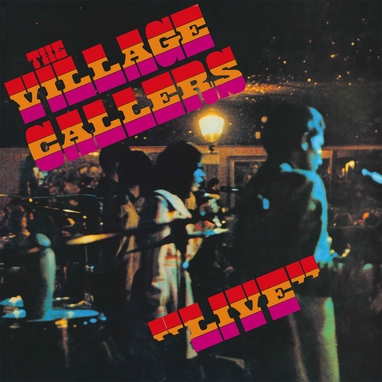 A1 I Heard It Through The Grapevine 2:55

Most people believe hip-hop was born in the late 70s but after listening to what this band from East Los Angeles was recording in 1968, you will find out that the original beats and breaks were already there a decade earlier. It is not surprising that 'Hector', one of the standout cuts on this LP, has been sampled by artists such as Beastie Boys, Cypress Hill or De La Soul, and The Village Callers' take on the classic 'I Don't Need No Doctor' could easily be described as an early drum & bass tune.The Village Callers were born out of a band called Marcy & The Imperials and became very popular in East Los Angeles, playing all the top venues. They brought many different sounds into the mix: jazz, soul, R&B and, of course, lots of Latin percussion… Their manager, Hector Rivera, got a record deal with Rampart's owner, Eddie Davis, that led the band to the studio for their only ever LP. The album was made up of cover tunes such as 'I Heard It Through the Grapevine', João Donato's 'The Frog' and several Aretha Franklin hits. 'Hector', dedicated to their manager and the only original song on the album, was a very cool Latin groove that quickly gained airplay, becoming quite a hit in Los Angeles. They also recorded the first Latin rock version of 'Evil Ways', ahead of Santana's, that didn't make it into the album but was released as a separate 45.Unfortunately, the recording career of The Village Callers didn't last too long after they decided to change label management and left Eddie Davis. Also, their powerful Latin sound progressively faded out as the original members were replaced by new musicians, transforming The Village Callers into a rock band.