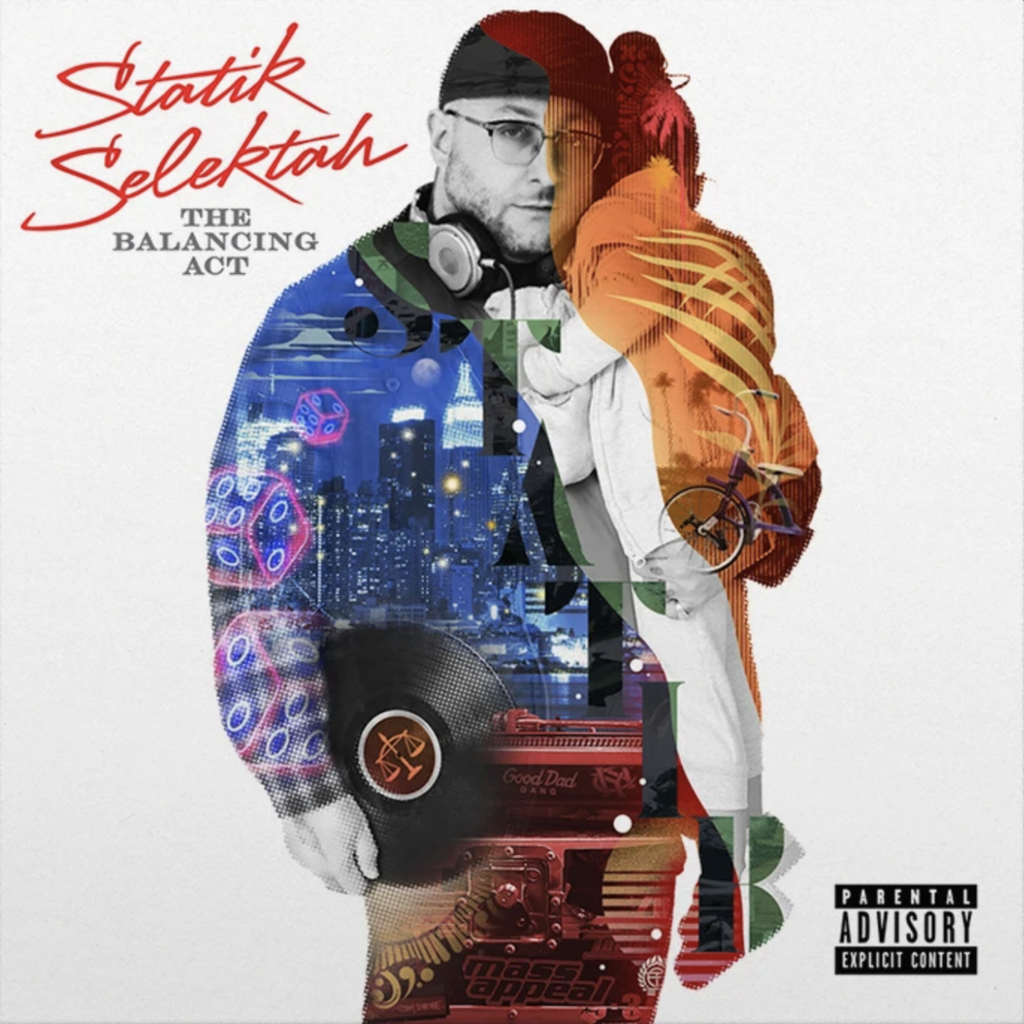 A2 Keep It Moving

B3 America Is Canceled

C1 Off My Mind

C2 Welcome To The Game

The album title is inspired by the way Statik balances his responsibilities as a father, as an artist, as a producer and as a DJ. To execute his vision for the album cover, Statik enlisted famed designers Dom Dirtee and Tristan Eaton, whose work can be seen in the Museum of Modern Art's (MoMA) and has been featured across the world from Paris to Shanghai.

The album follows Statik’s collaborative album with Bun B in April 2019, when they famously teamed up to release TrillStatik – a joint album that was created entirely from scratch during an 11-hour livestream on YouTube. Prior to that release, Statik released a 2017 solo artist album, 8, which featured heavyweights like Run the Jewels, G-Eazy, Wiz Khalifa, Action Bronson, Wale, The LOX and Raekwon, among many others.

Earlier this year, XXL named Statik Selektah as one of the 48 Greatest Hip-Hop DJs of All-Time. As a producer, he’s known for his work on a slew of standout songs, including J. Cole and Joey Bada$$’s “Legendary” and Eminem’s collaboration with Big Sean, Royce da 5’9”, Danny Brown, Dej Loaf and Trick-Trick on “Detroit vs. Everybody.”