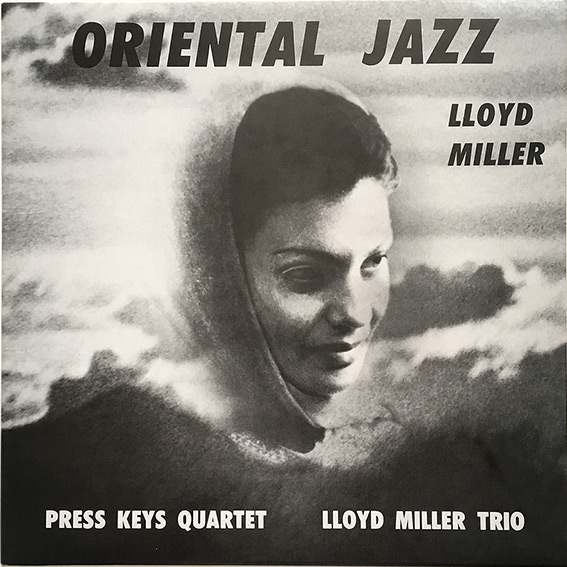 A4 Güzel Gözler Or Amber Eyes

B3 Impression Of Bhairava Raga

B4 Prelude To The Iranian Mode Shur

Born in 1938, and raised in Glendale, California, Lloyd Miller has had one of the most unusual careers in all of jazz. By age 12 he had declared an intent to make his living as a jazz musician, and by high school he had already begun to experiment, shunning swing music's mechanical perfection, and chafing at his parents’ desire for him to nurture his talents with formal training. This tumultous relationship with his parents would eventually lead to a stint in a psychatric hospital, before reuniting with them in moving to Iran, his father having accepted a job working for the Shah. Stops in Hong Kong, Japan and Pakistan on the way to Iran deepened Miller's connection to other cultures he’d first felt while listening to old world music compilations. He felt a definite calm and peace, an immense respect from everyone towards everyone else, and immersed himself in other cultures and languages immediately. Miller spent a year in Iran with his family, picking up Farsi after a few short months, and steadily gaining more and more of an appreciation for how deep the roots of Persian art run. However, still committed to his decision forge a career in jazz, Lloyd left Tehran in 1958 to head to Europe to see if he could make a living from jazz music. Miller kicked around the continent, first in Germany, then in Switzerland, Sweden and Brussels. He collaborated and performed alongside 60s jazz legend Jef Gilson, and experimented with exotic instrumentation before returning to America to resume his studies at Brigham Young University in Utah. In the years following his stint with Gilson, Miller had become more and more disillusioned with both modern music and modern society, which had ashewed jazz for rock music, which he detested. In Miller’s conception, for a music to have value it had to have a deep connection to a tradition, specifically connecting jazz to African lore. To Miller, something like “Tuareg African music is blues, just with no chord changes.”

Oriental Jazz was recorded, compiled and self-released in 1968 while Miller was studying at Brigham Young. The record, originally pressed in a quantity of 300 copies, sought to combine a cool, modal style with the exotic arrays of instruments and styles that Miller had picked up during his travels. Miller included songs he’d cut with Gilson in his Parisian studio years before, and a solo piano piece that he recorded in one of the school’s practice rooms. Despite Lloyd’s professed aversion to modernity, there nevertheless is something strikingly new sounding about this music, which fits together in startling juxtapositions. Traces of Bill Evans, Stan Getz and Jimmy Giuffre rub shoulders with Persian santur, Arab oud and Turkish saz music. Copies of Oriental Jazz languished in Miller's home for years after numerous failed bids for record contracts, before finally ending up in the hands of record collectors decades later. After its release however, he would find a second life after returning to Iran, doing field recordings, and eventually hosting a weekly television show that programmed both American jazz and the best traditional Persian musicians he could find. It was not to last however, as he abruptly abandoned the country to return to the US in the late 1970s, predicting the arrival of the Islamic Revolution.