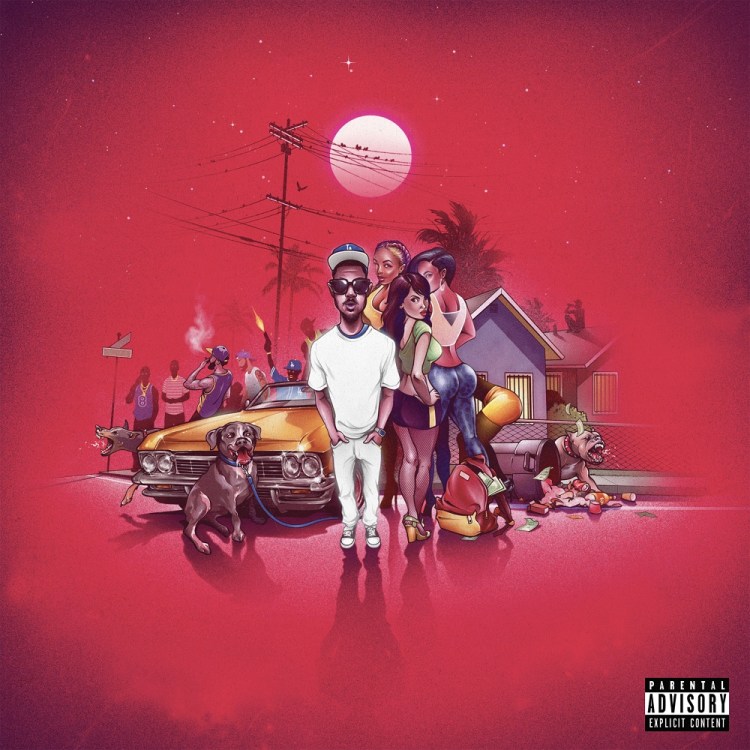 A2 The Lost Angels Anthem

A3 It Never Rains In South L.A.

A4 Round Bout Midnight

B1 Straight No Chaser

B2 Boogie To Flex

C1 Made The Call

C4 Do The Crime

The work of acclaimed L.A. rapper Blu is a hip-hop time capsule perfectly embodying the vibrant culture of the City of Angels. With no signs of slowing down, the talented artist continues to supply listeners with vivid lyrical imagery over exceptional production.

The latest addition to his catalog is A Long Red Hot Los Angeles Summer Night, a new album entirely produced by Oh No. The son of singer Otis Jackson and younger brother of beat god Madlib, Oh No has been among the most consistently relevant artists on the independent hip-hop scene since the release of his influential debut album 15 years ago. Equally skilled as an emcee and producer, Oh No’s storied career has included forming the duo Gangrene with Alchemist, composing the original score for the popular video game Grand Theft Auto, and producing for De La Soul, Mos Def, Action Bronson, Talib Kweli, Danny Brown, Prodigy, and many more.

Now, these two unique and innovative artists are joining forces for an impressive full-length album. With Oh No’s dynamic, soulful production setting the stage, Blu’s effortless flows and streetwise storytelling are on full display. "It's a true honor to put it down with the legendary Jackson Brothers,” says Blu. “Oh No never fails and this project has been provided with straight heat for the streets."