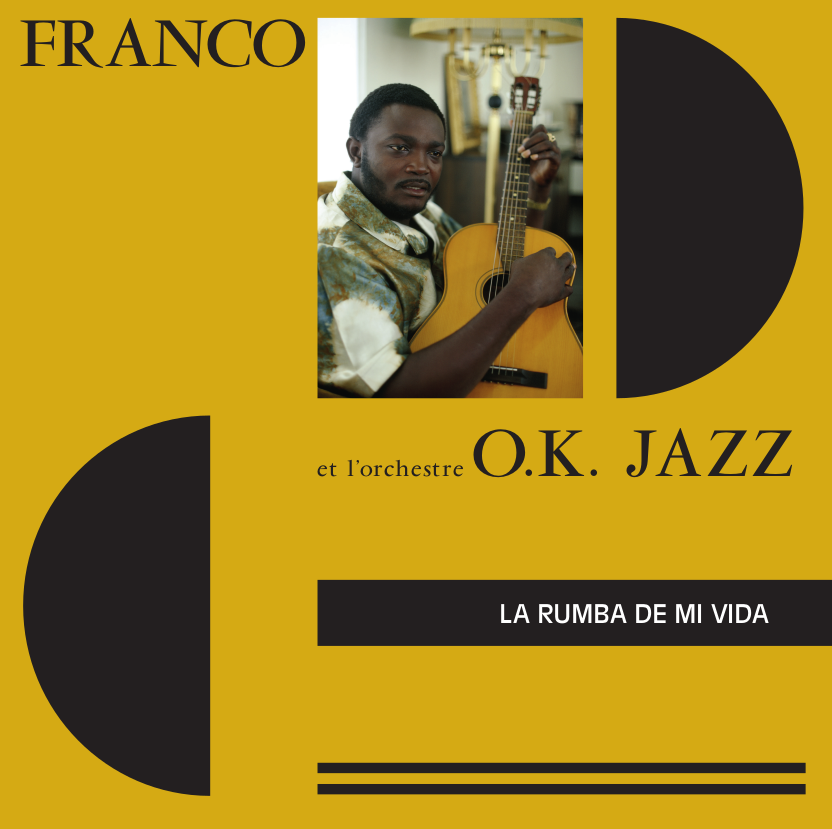 After the double LP ‘The Loningisa Years 1956-1961’, released in 2017, Planet Ilunga continues to explore the monumental oeuvre of Congo’s most legendary band O.K. Jazz with the new 2LP compilation ‘La Rumba de mi Vida’. It displays the full extent to which O.K. Jazz and its bandleader Franco explored Congolese rumba in the sixties and early seventies. Each of the four sides on this double LP presents a different facet of O.K. Jazz. The songs presented on this album, made in collaboration with Franco’s son Yves Luambo Emongo, justify why Franco was (and still is) regarded as the greatest portraitist of Congolese society.

Side A presents tracks published in the early seventies on Franco’s label Editions Populaires. This was a period in which Franco took full control over the orchestra and was integrating a new sound into the band such as the return of the acoustic guitar and collaborations with artists from the first generation of Congolese rumba such as Manuel d’Oliveira and Camille Feruzi. Side B includes some of the first recordings O.K. Jazz made abroad, when the band went to Brussels in the early sixties to record for the Surboum African Jazz label. Side C features five charming covers that O.K. Jazz did, mostly of Cuban artists. Side D shows the band’s sensitivity for composing songs firmly rooted in the vast universe of Congolese folklore, and for writing lyrics in languages other than Lingala, Kinshasa’s lingua franca.

Almost all of the 23 titles on this compilation have not been re-released previously and were restored and remastered from the original 45 rpm or 78 rpm release. This release would not have been possible without the precious help from many connaisseurs and collectors of Congolese rumba. A special mention goes to Stefan Werdekker (wrldsrv.blogspot.com), Hama-Dinga Ya Makilo and Samuel Malonga for their kind assistance during my research. Also thanks to Yves Luambo Emongo, Flemming Harrev (afrodisc.com), Julien Rocky Longomba, Christian Ongoba, David Manet, Christian Van den Broeck, Tristan Cordier, Alastair M. Johnston and Zoi Sakka for the unconditional contributions, advice and input and thus for making this release possible.