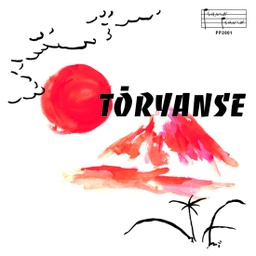 Most crucial for determining his forthcoming projects

In the midway of Wabi Sabi (2020) and the making of Sven Wunder’s third forthcoming album where the interpretations of ”Toryanse” and ”Sakura”, two traditional Japanese songs from the Edo period, recorded for Aquarium Drunkard’s Lagniappe Sessions.

”Toryanse” is a Japanese children’s song and is common as music played by traffic lights in Japan. When the music stops it is safe to cross. ”Sakura”, also known as ”Sakura Sakura", is a traditional folk song characterizing springtime and the season of cherry blossom.

These interpretations has been framed by merging traditional East Asian sounds with jazz and rock by using the guzheng (also known as the Chinese zither), panoramic strings, eerie choirs, progressive harpsichord and funky drums. The result vibrant and doesn’t stand far from Eastern Flowers (2019) and Wabi Sabi (2020), but is most crucial for determining forthcoming projects.