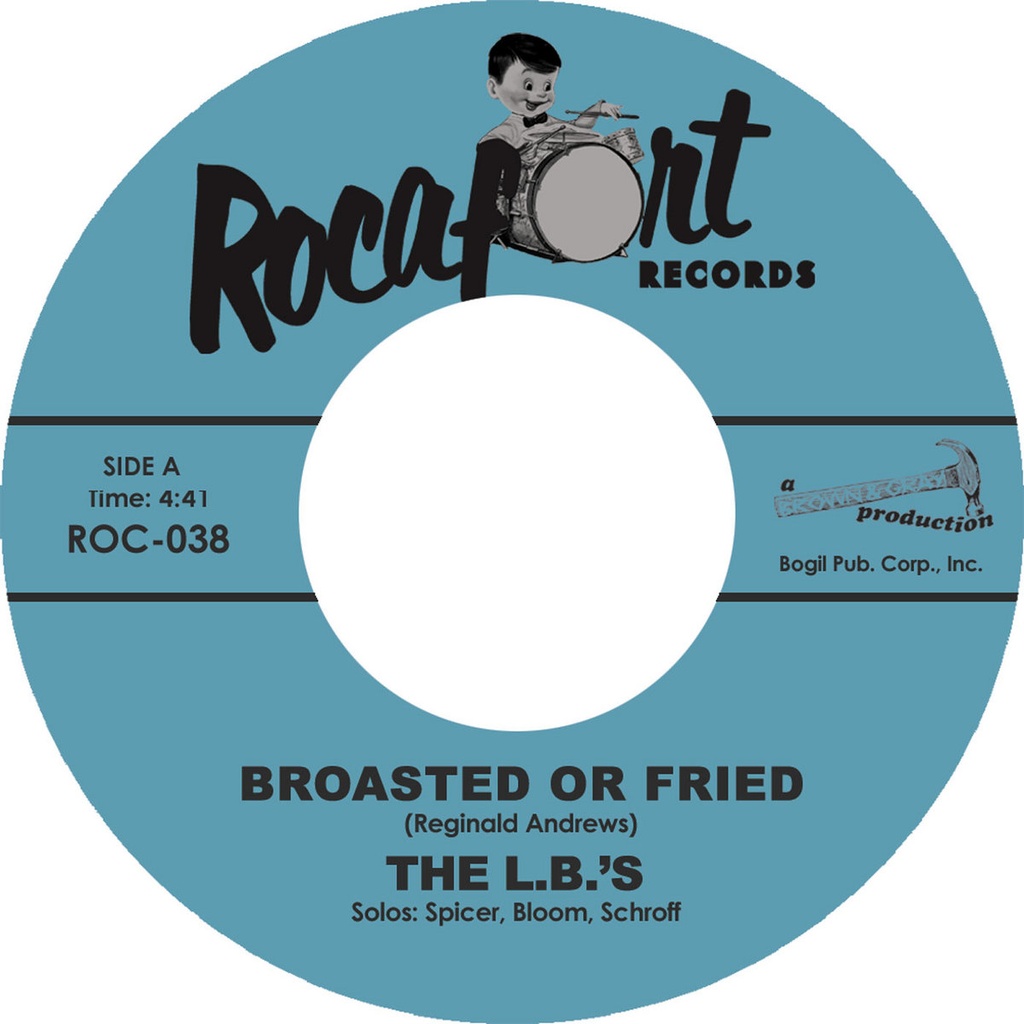 Welcome to that sweet spot where all the influences that first got you into this fabulous mess converge: soul, r’n’b, latin, jazz, the church organ. The A side is a great rendition of the early 70s Willie Bobo classic that had the Rare Groove/Acid Jazz scene doing some fancy footwork a few decades later. The L.B.’s, (under the tutelage of trumpet player, Joel Ricci aka Lucky Brown), give ‘Broasted or Fried’ the raw, underproduced treatment so that the original, infectious rhythms are sharper than ever. Guitar, organ, percussion, horn section – everyone’s gutsy and going for it with equal vigour. This is what you play to the person from planet square who asks you to explain the etymology of ‘groove’. Featuring solos from Nathan Spicer (keyboards), Ben Bloom (guitar), Grant Schroff (drums).

“Stop Tryin’” on the B side is the sultry, languid instrumental that you want as the soundtrack to your life on a hot, southern, Sunday afternoon. Same raw vibe as above, it’s the tonic to the hangover you induced the night before whilst dancing to the A side. An effective homage to that combination of instruments that always evoke a by-gone musical era based on a warm, homegrown, friendly funk.

The L.B.'s - BROASTED OR FRIED

arranged and directed by J. Ricci