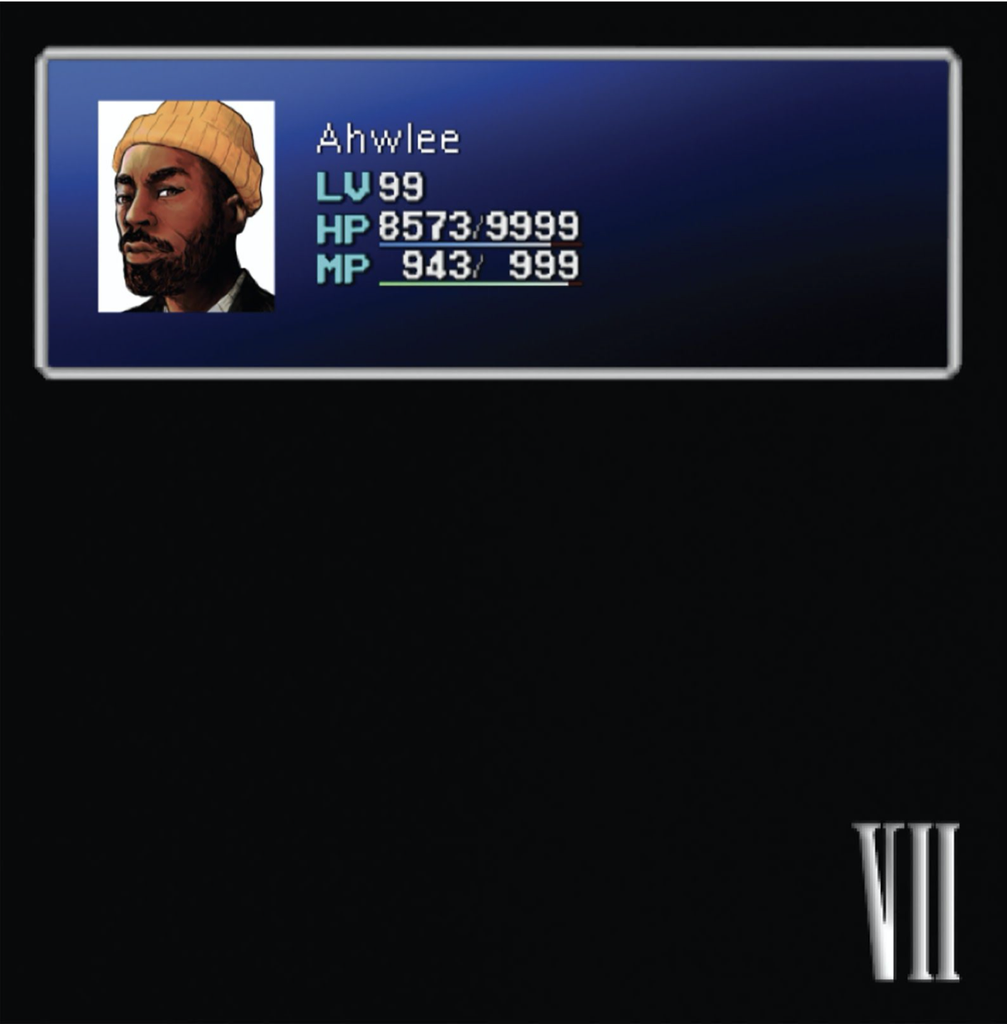 - Released at a perfect time (The remake of the game that inspired the album comes out in April of 2020).

- Ahwlee's first vinyl of the year.

- 2nd vinyl ever on Rap Vacation.

Just in time for the remake of arguably the most iconic and influential turn based role playing video game of all time, Ahwlee drops VII; a seventeen track album sure to stir up the nostalgic memories of boxy and pixelated 32 bit goodness that inspired many of us in the 90's all the way up to now. Ahwlee tastefully presents us this tribute album as a testament of the weeks of his life spent beating this game countless amounts of times. With a large portfolio of work and ties with artists such as Pink Siifu (as B. Cool Aid), Earl Sweatshirt, MNDSGN, Maxo, Navy Blue, and many more emerging names/future gatekeepers in the art-form, this particular vinyl will be an absolute essential to any collectors out there.

Multiple pieces of artwork for the record and tape were created by the ever so talented Kikkujo, really piecing this album into a masterpiece of its own.

The cassette tape also contains bonus material not found on the record or digitally. You really gotta buy both, don't sleep.