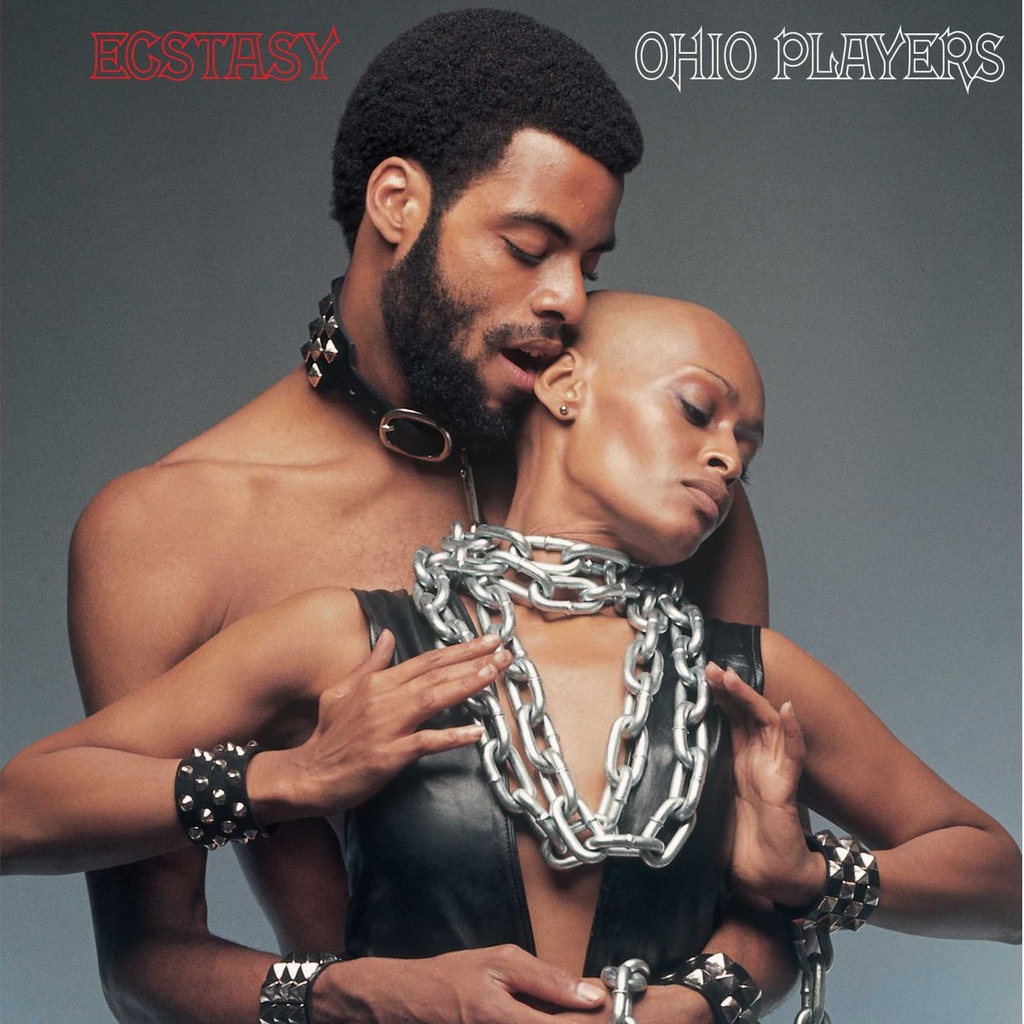 Not So Sad And Lonely

(I Wanna Know) Do You Feel It

The final instalment in our programme to reissue the Ohio Players’ three Westbound albums on vinyl. Standard weight black vinyl in a gatefold featuring another of Joel Brodsky’s iconic cover photos.

The song ‘Pain’, recorded in Nashville for the Top Hit label in 1971, demonstrated their new funky sound and gained attention straight away. Detroit indie label Westbound heard it and signed the band. Reissued on Westbound, the record became a Top 40 R&B hit. The fold-out cover of their subsequent “Pain” album featured Joel Brodsky’s iconic photograph of shaven-headed model Pat Evans about to whip a man bent over backwards on the floor. The album charted at a relatively modest #21, but the six months it spent on the charts was an indicator of what was to come.

Their third Westbound album “Ecstasy” was packaged in a sleeve featuring Joel Brodsky’s photo of leather-clad Pat Evans, this time chained to two scantily dressed men. The music was brilliant. The mix of funk, soul and sheer joyous invention found its outlet in what is probably the strongest overall set by the band. ‘Sleep Talk’, ‘Food Stamps Y’all’ and the title track all pack a mighty punch, while songs such as ‘You And Me’ show the band’s deft touch with the more soulful material. However, the band’s minds were elsewhere, and within months they were recording for their new label, Mercury. This probably had an effect on the chart positions achieved by the “Ecstasy” LP and its singles, ‘Ecstasy’ and ‘Food Stamps Y’all’. Their split with Westbound saw them shed Junie Morrison and drummer Gary Webster. Junie went on to record three albums under his own name for Westbound, before joining Funkadelic.

From the summer of 1973, when ‘Funky Worm’ topped the charts, until the Bicentennial Summer of 1976, the Ohio Players were one of the hottest acts in the USA. Their combination of sensual soul, sleazy funk and X-rated album covers meant that gold records and #1 hits were the order of the day. Post-Westbound, they scored three gold singles, two gold albums and three platinum. Their sound is still one of the most influential in 70s funk.