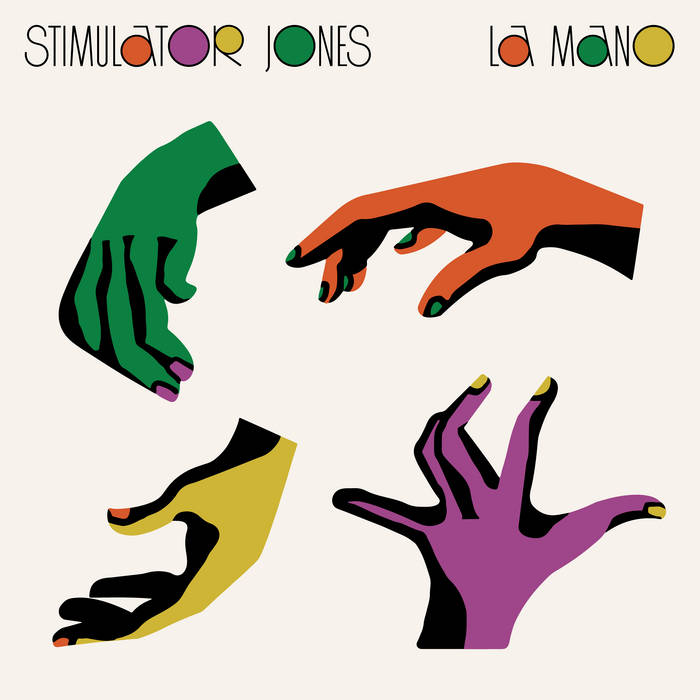 Stimulator Jones’ sophomore LP finds its way on the Oslo-based record label Mutual Intentions as the artist explores the musical possibilities contained in his hands. La Mano is a striking collage of sonic hues, developed through 13 musical vignettes across the LP. Prodigious and far-reaching influences are re-defined in succinct musical clusters as La Mano travels from Kingston’s bustling yards to serene Parisienne walkways.

A multi-instrumentalist whose talent matured through the iconic Stones Throw camp, Stimulator Jones broke onto the world with the sensational Exotic Worlds & Masterful Treasures in 2018. Developing a distinctive fusion in his craft, the artist made bold strides on his debut, as rumbling bass-lines and visceral keys, counterpointed Jones’ delicate and tender vocals. The album presented an artist, who could harness the intricacies of the great musical languages of our age in the accessible executions of a pop song.

La Mano finds the artist treading a new, yet familiar path, resting his vocal chords as he puts his hands into action. Playing an arsenal of physical instruments, Stimulator Jones’ dexterity is visceral as he moves between keys, guitars, drums and wind instruments. Arrangements coalesce around organic- and synthetic sounds that live in some tranquil equilibrium with the first vibration of the universe.

Cruising grooves and mellow melodies convey a gauzy touch, breaking down the intellectual barriers of genre for the corporeal intimacy of the soul. La Mano finds the artist diligently pursuing an exploration in a fusion of musical languages, which he channels into novel territory on his debut for the Mutual Intentions collective.

All songs written by Samuel Jones Lunsford (Stimulator Jones) except: