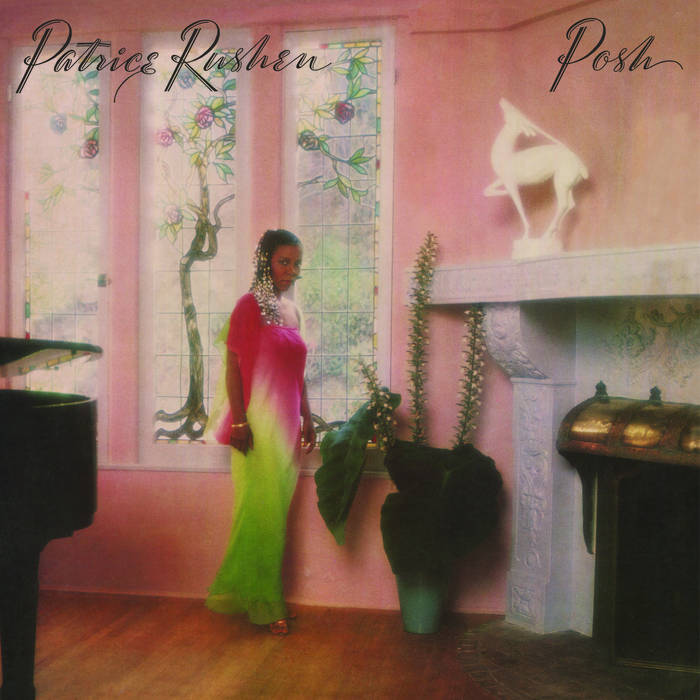 1980 and ‘Posh’ represented a year of consolidation for Patrice Rushen. Her studio reputation as a go-to pianist and arranger among other artists and musicians was well established and was growing exponentially. Although never originally planning a career as a solo artist, she had built this side of her work through three Prestige albums and two sophisticated soul and disco albums for Elektra, ‘Patrice’ and ‘Pizzazz’. "I was lucky to have a group of musicians that I knew well by the time of these recording sessions," remembers Patrice. "I had my pick of really incredible players because of all of the studio work I was doing. I also played with Lee Ritenour, Harvey Mason and others almost on a weekly basis at the The Baked Potato club in L.A."

Tracks included the singles 'Don't Blame Me', 'Look Up!' and 'Never Gonna Give You Up'. "By this time, videos were coming in more as a means of marketing. Budgets were tight so we shot three videos for those tracks on the same day," Patrice continues. On TV, we played ‘Never Gonna Give You Up’ on Soul Train and American Bandstand, which happened because I was touring, opening regularly for Ashford & Simpson and Sister Sledge."

"'Never Gonna Give You Up' came out of playing ideas at home. Bassist Freddie Washington was living with my family while he tried to get a foothold in L.A.’s music scene and that groove came out of those jams. With 'The Dream', I had been listening to Minnie Riperton’s ‘Come To My Garden’, one of my favourite albums. With Charles Stepney's arrangements, I saw that he didn’t have to use large instrumentation to be orchestral in his approach. So, ‘The Dream’ was a homage to that kind of writing."

"After 'Posh', we had a much better idea from the performance side what was important in our music and that informed my next album, ‘Straight From The Heart’. We took a little break after ‘Posh’ was released, although I was still writing and working regularly on scores for film and TV. That had always been my main focus in my music."