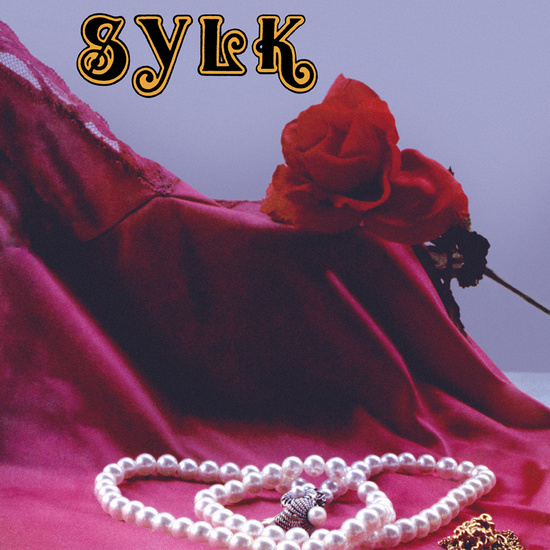 You Know How to Get Down

I'll Always Come Back to You

I Just Want to Know Your Name

Love Is the Key

Sylk was a short-lived soul & funk band from the Aiken, South Carolina – Augusta, Georgia border area (better known as the CSRA) who released just one album in 1983. Their self-titled (and only) album would become a much sought-after private pressed holy grail within the record collecting community.

Sylk was founded by Leroy Harper Jr. (sax/keyboards) and Ben Moses (bass/guitar). Soon they were also joined by key-members Keith Henderson (drums/percussion) and Michael Simpkins (vocals/trombone). The band also sought out John Howard (who was known for his funky rhythm style guitar + excellent soloing) and David Sanders (a known rock keyboardist in the local scene). Later down the line George Bright and Cathey McLaughlin also teamed up with Sylk…the line-up was now complete. All members were friends, frequented the same music scene or knew each other from high school. Leroy Harper Jr. & Michael Simpkins already made their bones playing together in the local funk band Exit Enterprises, one of the hottest bands in the CSRA area. All these talented musicians (some were playing from the tender age of 15) were ready to get funkin’…it was time to form SYLK and get busy.

Ben Moses (who is now a preacher) was the band leader and it was his idea to write and record the album before the band would start playing gigs. Ben was al tall guy with long fingers who played on a ‘Peavey Natural Wood’ bass guitar (which gave the band its classic funky-smooth sound). Rehearsing at Ben’s house, they were all green first-time song writers…but the songs were flowing in an almost organic fashion. Soon after the writing process was completed, they went and recorded the album at John Peterson’s home studio in North Augusta SC. The engineer on duty was the legendary Jim Loyd responsible for mastering milestone recordings from the likes of The Meters, Johnny Cash and The B-52’s. With a strong album up their sleeve, the live bookings started coming in and the band (wearing P-funk style outfits) made good money playing local gigs. Sadly, after a while some band members fell on hard times and this marked the beginning of the end of the band. In the end, Sylk only lasted a year before calling it quits.

When the Sylk chapter came to a close, founding member ‘‘Funky’’ Leroy Harper Jr. began to focus on his personal musical career. He’s served as a founder for several bands (including Spur of the Moment, Painted Man and Soul Power Posse). The incredible talented sax and keyboard player has also performed with Stevie Wonder, Millie Jackson, James Levi (Herbie Hancock’s The Headhunters) and Tony Cook (The J.B.’s). ‘‘Funky’’ Leroy Harper Jr. joined James Brown in 1991 and started playing/recording (and touring extensively) with the godfather of soul until Brown’s death in 2006. Over the years, harper has made appearances on Late Night with David Letterman, The Tonight Show with Johnny Carson and The Arsenio Hall Show (among many others). Currently he’s still playing gigs with his band Funky Leroy Harper Jr’s All Starz and shows no signs of slowing down!

Sylk was a true example of a bright light burning out way too quickly, thankfully we are left with the unique (and very rare) document that is their self-titled album. Although it was recorded in 1983, it has a strong 1978-1979 vibe working for it. The entire album is filled with sexy (yet strong) vocals, space-like rhythmic keyboard vibrations, groovy bass lines & fat trombones that compels the listener into a dancing frenzy…one can hear the cosmic touches and influences of The J.B.’s, Bernie Worrell (amongst other P-Funk greats) and Herbie Hancock softly slipping in. This is hot and soulful Southern Funk…smooth as sylk!

Tidal Waves Music now proudly presents the first ever vinyl reissue of this fantastic funk/soul album (originally released in 1983 on Earthquake Records). This rare record (original copies tend to go for large amounts on the secondary market) is now finally back available as a limited vinyl edition (500 copies) complete with the original artwork.