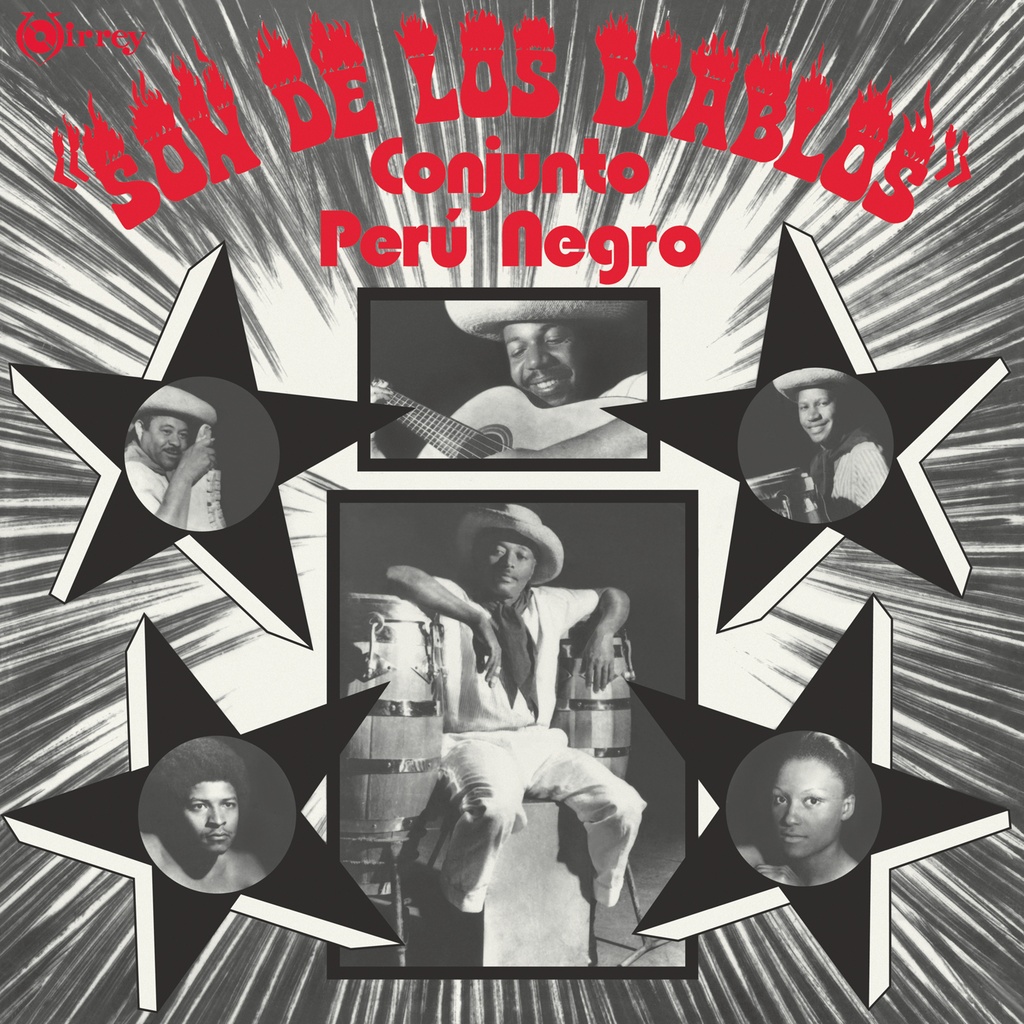 European genres and native musical traditions from Peru. After a long struggle to preserve it through oral means over generations, a renewed interest in those rhythms and melodies arose in the 1950s.

If you have an interest in Cuban son or Colombian bambuco, this record will be an essential addition to your collection.

Reissued on vinyl for the first time and presented in facsimile artwork.

Peru has a rich folklore that reflects the cultural variety of its population as well as its history. Peruvian identity has been created from a mixture of traditions that includes those from the indigenous peoples of the Amazon and also those from the ancestral cultures of the Andes, the Spanish heritage and the rhythms and chants coming from its African communities.

Perú Negro, a dance company that also incorporated percussion combined with música criolla, celebrated and recreated black culture in Peru and they quickly became regulars at Lima’s theatres in the late 60s. The lyrics and music would reflect the country’s multicultural diversity, blending elements from the African tradition and echoes of Spanish-influenced melodies around stories of slavery days, rural labour and folklore.

Their international success (in 1969 they won the main award at the Festival Hispanoamericano de la Danza y la Canción in Argentina) led them to record two albums in the early 70s conducted by Ronaldo Campos, Perú Negro’s founder and artistic director. “Son De Los Diablos” is their second LP and was released in 1974 on Virrey Records, home to the likes of Sonora Lucho Macedo, Jaime Delgado Aparicio or Los Belking’s, and a follow up to their self-titled debut album (recently also reissued on Vampisoul -VAMPI 194-).

Although lesser known than music from other nearby countries, Peru Negro’s recordings are reminiscent of Afro-Colombian or Afro-Cuban rhythms. If you have an interest in Cuban son or Colombian bambuco, this record will be an essential addition to your collection and the perfect introduction to the fascinating música criolla.