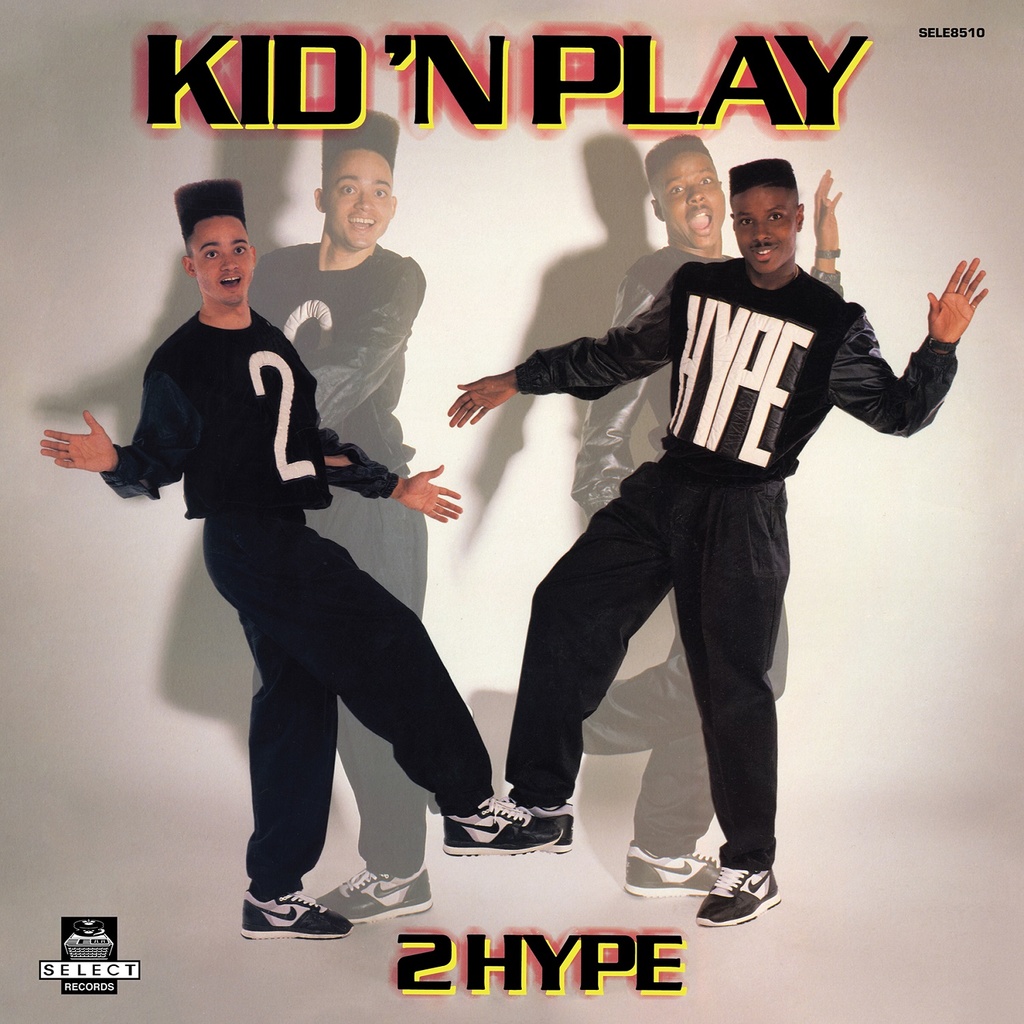 Unavailable on vinyl for decades, Select Records presents 2 Hype in an opaque white pressing exclusive to RSD Black Friday
For a certain generation of hip hop fans, just the mention of Kid ‘n Play brings on a wave of nostalgia. The group released three full-lengths between 1988 and 1991 with a focus on positive lyrics and pop friendly production. The success of the group’s music lead to countless House Party films, a Saturday morning cartoon show and even a series of comic books for Marvel (so, technically speaking, are Kid ‘n Play are part of the Marvel Universe?)
It all started here on the 1988 full-length 2 Hype which features “Do The Kid 'n Play Kick Step”, the musical accompaniment to their trademark dance, “Rollin’ With Kid ‘n Play” which hit number 11 on the Billboard R&B Singles chart and of course Kid's now classic hi-top fade haircut, which measured up to over six inches high at its peak. Producer Hurby “Luv Bug” Azor, instrumental in the success of Salt-N-Pepa, was certainly a factor and the full length went on to chart in the Billboard Top 200 and to RIAA certified gold status."