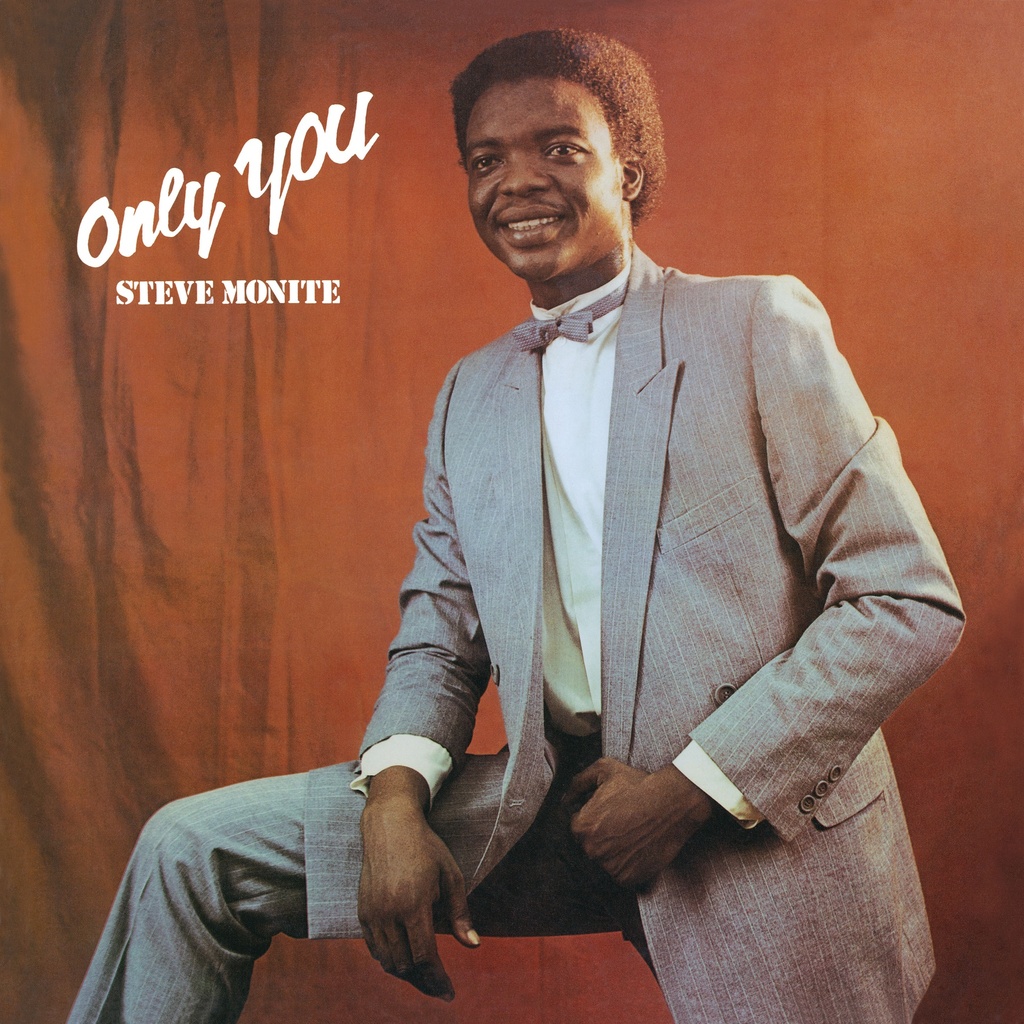 Steve Monite, Only You

Following on from 2016’s Doing It In Lagos: Boogie, Pop & Disco in 1980s Nigeria, Soundway Records return to that blistering set for the first and only officially licensed re-issue of the highly coveted debut album from Steve Monite, featuring the single 'Only You' that recently seeped its way into popular culture. Lovingly restored and remastered for digital and vinyl.

Shooting, space-synth sounds ripple and vibrate, incessant grooves keep the tracks in motion and Nkono Teles production, a producer often overlooked for his hand in the Nigerian boogie sound, sets the LP into orbit. An album that was largely overlooked on release in 1984, the track list includes the latter day hit Only You and Things Fall Apart, the melody of which was lifted for Young Franco’s 2020 single Fallin’ Apart.

Now living in South London, Steve Monite (pronounced mon-ah-tay) was born in 1961 and grew up in Benin City, the capital of Edo State in southern Nigeria. A middle class kid, the boarding school he went to was owned by his uncle and had some famous alumni. Monite remembers the legendary Nigerian guitarist Victor Uwaifo, driving his sports car into the school yard and donating a trophy and cash prize for students to compete in musical performance.

He had learned to sing in the Anglican school choir, which is where he realised that he wanted to pursue a music career. But the cultural backdrop was changing, and fast. In the late 70s and early 80s, where the end of a military dictatorship was coupled with an oil boom, Nigeria was flooded with money – and western records.

“After the Civil War in Nigeria, everybody wanted something exciting,” says Monite. Highlife, the dominant music genre, was seen as outmoded. “The educated elite were listening to American and English music,” he continues. “My role models were people like Barry White and Michael Jackson – they were young men like me. I liked the [American] funk band Brass Construction; some English pop.”

After his self-funded recording sessions in London failed in finding Monite a label home in the UK, he returned home to immediately be picked up by EMI Records in Nigeria instead. “They signed me straight away,” he says, and found himself in the EMI Studios with Nkono Teles, in the same studios where Paul McCartney and Wings recorded Band on the Run in 1973.

Monite says that Teles had lived for a time in New York, where disco music was driven by the whirr of the synth, and he’d wanted to bring that into Nigerian music. There was a Moog synthesiser in the studio and it’s what took Only You in a spacey new direction. “I was the first African artist to play electro-funk,” says Monite. “Teles was the visionary behind that song.”

Monite wrote a further three tracks, 'Welcome My Love', 'I Had A Dream’ and 'Things Fall Apart', which formed the basis of his one and only album. Monite wrote ‘Things Fall Apart’ after the military coup in 1983, when the country was yet again plunged into upheaval. “There was unemployment everywhere, food shortages, people scrambling for survival,” he says. “So many people, especially professional people like doctors, lawyers, businessmen, left Nigeria.”

In a way, the song documented the end of the golden age. With the middle classes dispersed, Nigeria’s halcyon boogie period was over. Steve Monite released his debut album in 1984 but it fell on deaf ears, including that of the label, who didn’t seem to want to promote it. “When my record came out, everything went cold.”

So much to his surprise, years later and having relocated to South London, did he find out that his music had finally found an audience he thought it always deserved. “‘Only You’ has woken up from the graveyard,” he chuckles. He found out he was famous thanks to his family in nearby Berkshire. “I went to visit my brother and my seven-year-old nephew told me, ‘Uncle, I didn't know you were a star.’ I said, ‘what are you on about?’ He said, ‘you’re an internet sensation now’. So I went on the internet, and I say, ‘Wow'. I saw Steve Monite everywhere.”